Republicans have rigged the maps and manipulated elections — why won't Democrats talk about it?

2020 Democrats won't talk about our rigged electoral system. But if we don't fix that, their ideas won't matter 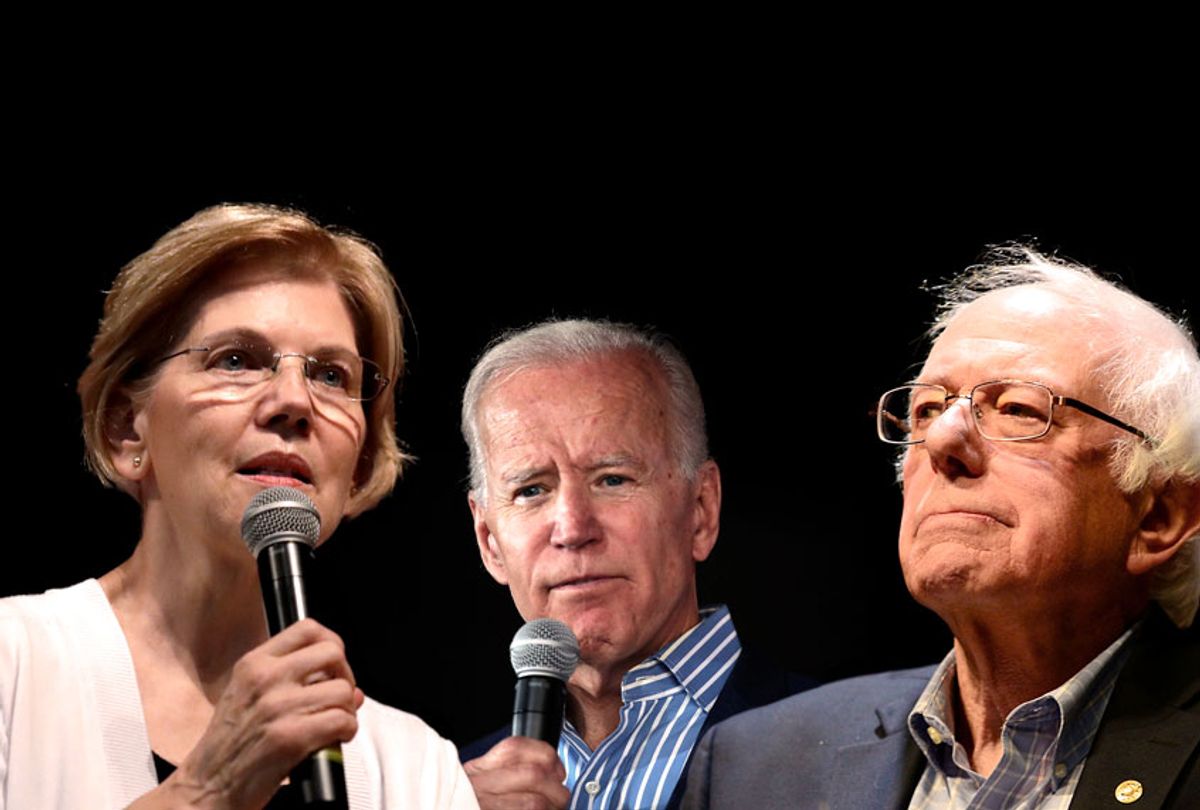 As Bernie Sanders, Joe Biden, Elizabeth Warren and the other leading Democratic presidential contenders prepared to debate in Houston last week, Crystal Mason readied for an important hearing of her own less than 200 miles away.

In 2016, Mason unknowingly committed a crime by casting a provisional ballot. In Texas, citizens with felony convictions are disenfranchised pending completion of their sentences. Mason, on supervised release at the time, did not know that. While her ballot was rejected, the district attorney nevertheless pursued a criminal case — and won a staggering five-year sentence, a chilling precedent for provisional ballot users. All Mason can do now is appeal the ruling.

Mason’s story — along with a botched voter purge in Texas this spring, a strict voter ID law that accepts a gun license at the polls but not a student ID, and aggressive precinct closures in minority communities — should have encouraged moderators to ask the Democratic candidates about their democracy reform agendas. This conversation could have led to a broader discussion about voter suppression, gerrymandering and the scourge of big money in politics.

Once again, there was not a single question on the subject. Democrats debated the intricacies of their health care proposals and how they’d address gun violence and immigration — none of which are actually likely to become law without first addressing the structural issues that stand in the way of passing legislation extraordinarily popular with most Americans.

There have now been three Democratic debates. They have taken place in Florida, Michigan and Texas, each of which exemplify the story of American democracy over the past decade: Republicans took power in 2010, then rigged maps and election rules to prevent Democrats from regaining power, even when they won more votes. And there still hasn’t been a single extended conversation about it.

Failing to ask about democracy not only keeps the public in the dark about the root cause of Democratic impotency over the past decade, but also gaslights the countless Americans who have stood up as part of a nonpartisan movement to democratize our political institutions.

In Michigan, for example, Republicans gerrymandered the state so well that the party held nine of 14 congressional seats after 2012, 2014 and 2016, even in years when Democratic candidates won 200,000 more votes. Democrats have also dominated the statewide vote for the state house since 2012, but have not been able to translate a majority of votes into a majority of seats during this entire decade.

In response, the nonpartisan Michigan-based group called Voters Not Politicians successfully led a statewide ballot initiative to end gerrymandering by removing the power to draw state and congressional district maps from politicians. A simultaneous grassroots effort to expand the franchise culminated in another victorious ballot initiative that included automatic and same-day voter registration.

In response, GOP officials filed a lawsuit to prevent the voter-approved independent redistricting commission from going into effect and made it more difficult to run ballot initiative campaigns in the future.

Last year in Florida, the Second Chances campaign won a ballot initiative for a state constitutional amendment that brought  together liberals and conservatives with the goal of re-enfranchising those convicted of felonies who have completed the terms of their sentence, excluding murder and sexual abuse perpetators. (Ex-felons meeting those criteria in Florida — approximately 1.4 million of them at this moment — had lost voting rights permanently unless granted clemency due to a Jim Crow-era constitutional provision.)

The anti-democracy efforts in Michigan, Florida and Texas — supported by millions of dollars in dark money and independent expenditures — merely scratch the surface of partisan gamesmanship. In states nationwide, as voting rights are rolled back, the next wave of gerrymanders are being planned, and campaign finance regulations assailed.

Our democracy is up for grabs. We can resign ourselves to minority rule or work towards full enfranchisement and equal representation. Democracy suffers every time we fail to elevate this story. The news media, as the only profession with special constitutional protections, holds an important responsibility here. Thus far, these news organizations have not lived up to it.

The next debate will take place next month in Ohio, another state plagued with gerrymandering, voter purges and other anti-democracy endeavors. As Crystal Mason understands far too well, we fail to discuss these topics at our own peril.