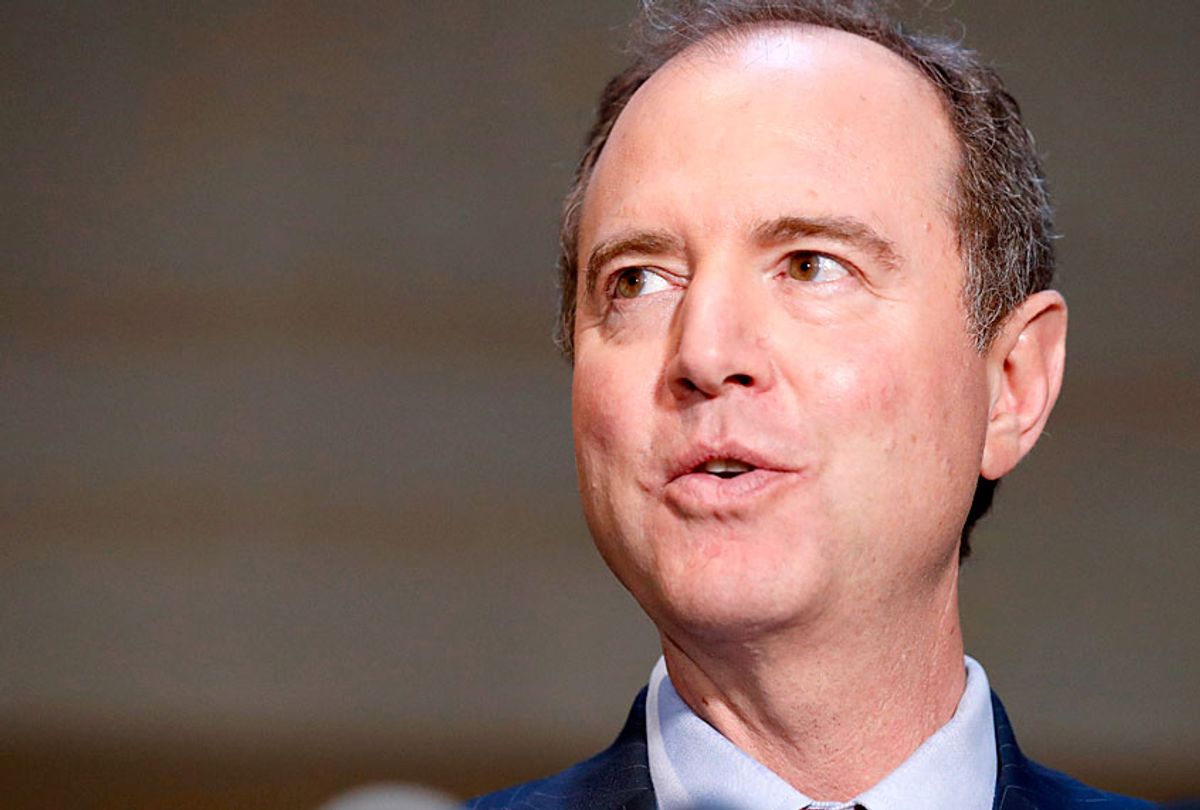 House Intelligence Committee Chairman Adam Schiff told CNN's Jake Tapper that impeachment may be the only "remedy" if it turns out that President Donald Trump tried to pressure Ukraine into divulging dirt on former Vice President Joe Biden.

"I have been very reluctant to go down the path of impeachment, for the reason that I think the founders contemplated a country that has elections every four years, that this would be an extraordinary remedy. A remedy of last resort, not first resort," Schiff told Tapper on Sunday. "But if the president is essentially withholding military aid at the same time that he is trying to browbeat a foreign leader into doing something illicit, that is providing dirt on his opponent during a presidential campaign, then that may be the only remedy that is coequal to the evil that conduct represents."

Schiff was responding to recent reports that Trump may have attempted to pressure Ukraine into giving him dirt on Biden, including withholding more than $250 million in security assistance that had been appropriated for the country by Congress. Trump is also reported to have spoken with Ukrainian President Volodymyr Zelensky in July to tell him that pursuing corruption cases could help the nation's image. A whistleblower in the intelligence community has claimed that Trump also said inappropriate things during that conversation, although it is unclear what the whistleblower is referring to because Joseph Maguire, the acting director of national intelligence, has refused to share the letter with Congress. The inspector general for the director of national intelligence (DNI), Michael Atkinson, has said that he disagrees with Maguire's decision.

Trump, administration advisers like Rudy Giuliani and right-wing operatives have been pushing the conspiracy theory that Biden used his power as vice president to get a Ukrainian prosecutor removed from office to protect his son from criminal charges. There is no evidence that the then-vice president's son, Hunter Biden, had been accused of any criminal wrongdoing in Ukraine or that Biden's intervention in that country was in any way connected to his family.

Schiff is not alone among present and former House Democrats in claiming that the Ukraine scandal, if true, would justify impeachment proceedings against the president. On Saturday night Rep. Alexandria Ocasio-Cortez of New York tweeted that "at this point, the bigger national scandal isn’t the president’s lawbreaking behavior - it is the Democratic Party’s refusal to impeach him for it." She retweeted her colleague, Rep. Brendan Boyle of Pennsylvania, who wrote that "for the sake of our Constitution, and for the sake of our country: Donald Trump must be impeached, convicted in the Senate, removed from office, and face criminal trial." Ocasio-Cortez also posted a tweet by former Rep. Beto O'Rourke of Texas, who is currently running for president, in which he asked, "What is Congress waiting for? This is crazy. Unless we take action now, we will see the end of American democracy."

House Speaker Nancy Pelosi has resisted calls to impeach Trump by citing how, although articles of impeachment could pass the Democrat-controlled House of Representatives, it is unlikely that the president would be convicted and removed from office by the Senate. For a conviction to happen in an impeachment trial, two-thirds of the Senate must vote to remove the president. Because there are 53 senators caucusing with the Republicans and 47 caucusing with the Democrats, that means 20 Republicans would have to defy a president of their own party while all 47 of the official or nominal Democrats would have to hold the line.