According to Omar, Biden does not have "a plan" to "tackle a lot of the systemic challenges that we have" 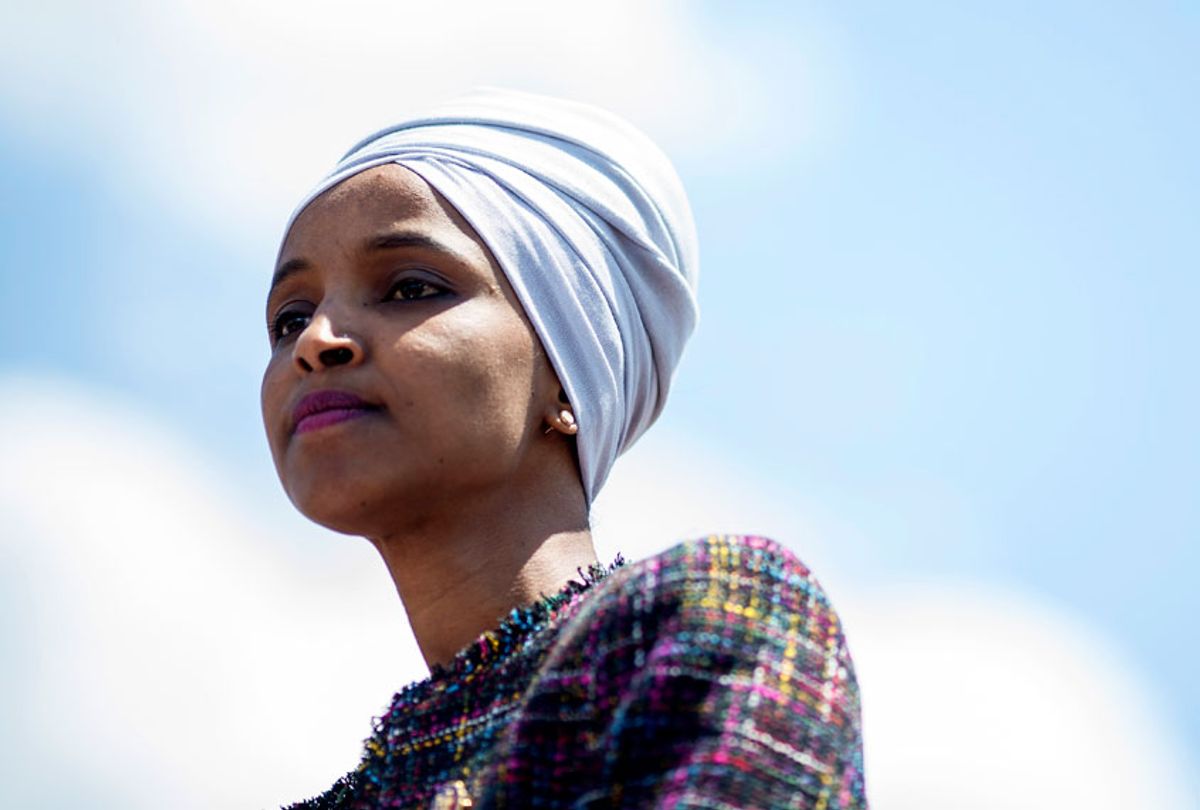 Rep. Ilhan Omar, D-Minn., does not believe former Vice President Joe Biden is the right Democratic presidential candidate to address the "progress that we all want to see in this country."

"There are few people who fit into the kind of progress that we all want to see in this country, and I would say he is not one of them," Omar said of Biden when speaking to a reporter from the Guardian.

She added, "I think it has been very clear to many of the people who have been creating the kind of movement that is exciting generations that we want somebody who really has a plan — that is going to tackle a lot of the systematic challenges that we have — and he doesn’t."

Omar is not the first member of the so-called "squad" — a group of four progressive Democratic congresswomen of color — to question whether Biden is the right Democrat to lead the party. Rep. Alexandria Ocasio-Cortez, D-N.Y., told the Yahoo News podcast Skullduggery in April that while she would "support whoever the Democratic nominee is," she was not enthusiastic about Biden's candidacy.

"That does not particularly animate me right now," Ocasio-Cortez told the podcast. The congresswoman added that she would have "a lot of issues" with Biden running for president and argued that support for his candidacy is connected to nostalgia for the president whom he served, Barack Obama.

"I can understand why people would be excited by that — this idea that we can go back to the good old days with Obama, with Obama’s vice president" Ocasio-Cortez said at the time. "There’s an emotional element to that, but I don’t want to go back. I want to go forward."

However, Ocasio-Cortez did offer flattering words about the two most outspoken progressive candidates in the field — Sens. Bernie Sanders of Vermont and Elizabeth Warren of Massachusetts.

Many progressives have expressed concern about Biden's record, which is more moderate than those of his chief rivals in national polls: Sens. Elizabeth Warren of Massachusetts and Bernie Sanders of Vermont. These include his past support for President Bill Clinton's 1993 crime bill, President Ronald Reagan's tax cuts, and financial deregulation, as well as his opposition to antitrust regulations and school busing as a means of desegregation. Biden has also been criticized for his handling of the Clarence Thomas confirmation hearings in 1991 after Anita Hill accused the future Supreme Court justice of sexual harassment. (He has since apologized.)