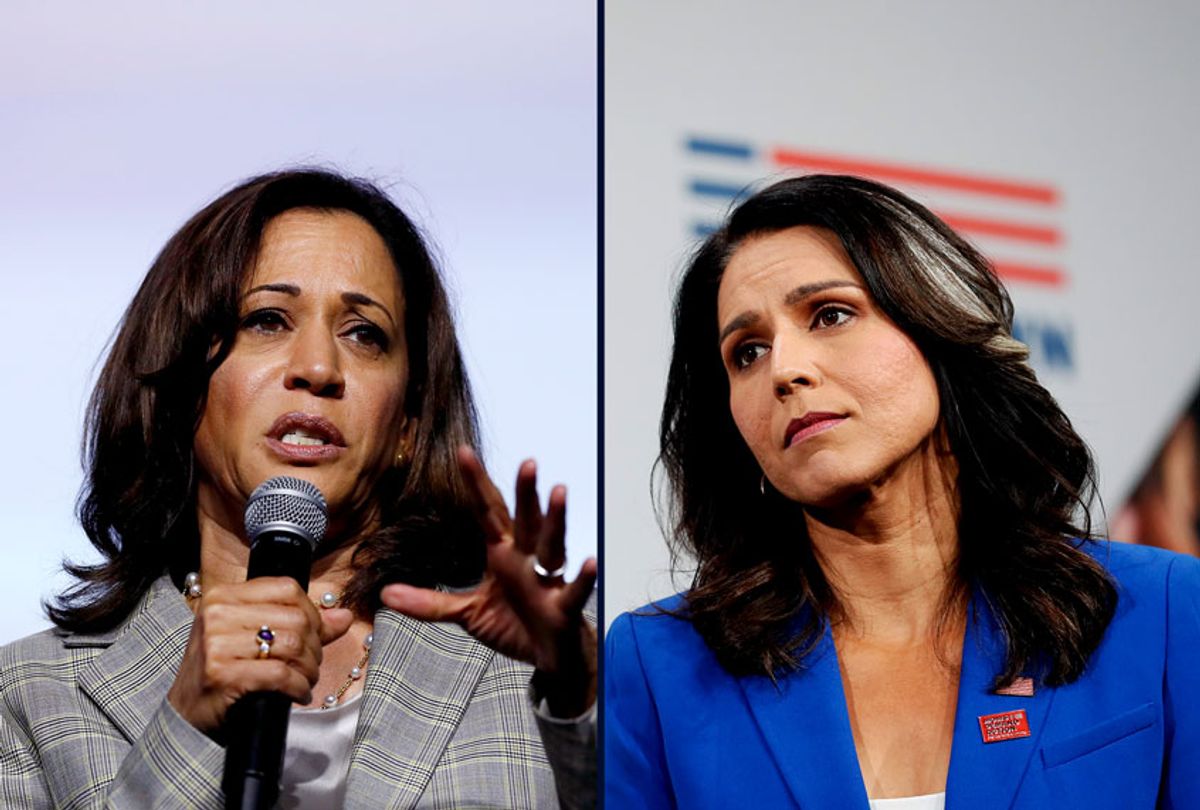 Rep. Tulsi Gabbard, D-Hawaii, is set to appear onstage in the next round of Democratic presidential candidates after failing to make the cut in September.

Gabbard qualified for the meeting after earning 2 percent voter in a Monmouth University poll released Tuesday, according to Politico. Because she had previously received at least 2 percent in three other polls sanctioned by the Democratic National Committee (DNC), as well as received donations from more than 130,000 individuals, Gabbard met the threshold to participate in October's debate.

While the debate is currently scheduled for Oct. 15, the addition first of billionaire philanthropist Tom Steyer and then of Gabbard could force the Democratic Party to schedule the event across two nights. The DNC has previously stated that no more than 10 candidates would appear onstage for any single debate. That will likely be easier to manage for November's debates, where the DNC will require candidates to earn either three percent in four polls approved by the organization or five percent in two approved polls of voters in the early states of Iowa, New Hampshire, Nevada and South Carolina. Candidates will also need to notch at least 165,000 individual donors to their campaigns, with 600 donors in at least 20 different states, territories or the nation's capitol.

Gabbard spawned a viral moment in July's Democratic debates when she questioned Sen. Kamala Harris, D-Calif., over her record as a prosecutor in the Golden Sate.

"I'm deeply concerned about this record," Gabbard said of Harris. "There are too many examples to cite, but she put over 1,500 people in jail for marijuana violations and then laughed about it when she was asked if she ever smoked marijuana. She blocked evidence that would have freed an innocent man from death row until the courts forced her to do so. She kept people in prison beyond their sentences to use them as cheap labor for the state of California."

Gabbard also claimed that Harris "fought to keep a bail system in place that impacts poor people in the worst kind of way" and called on her to apologize to "the people who suffered under your reign."

The other Democrat to qualify for the October debate after failing to do so in September is Steyer. When he spoke to Salon in September — shortly before he had officially qualified — Steyer predicted that he would eventually make the cut as he spoke about his support for stronger labor unions, an aggressive plan to combat climate change and holding President Donald Trump accountable for alleged illegal activity.

"You know, Matt, if you look, there are a bunch of public polls out over the last five weeks that have me an average of 6 to 7 percent in the four early primary states," Steyer told Salon. "No one's run a poll for five weeks that the DNC will accept in those states. I was supposed to have been at 2 percent [to qualify]. If someone ever runs a poll in New Hampshire, Nevada, South Carolina or Iowa, then it sounds like I'm going to qualify easily. I would have, if they'd ever run a poll the DNC would accept."