A 2012 mass shooting at the Cinemark Aurora theater, then known as the Century 16, left 12 dead and 70 wounded 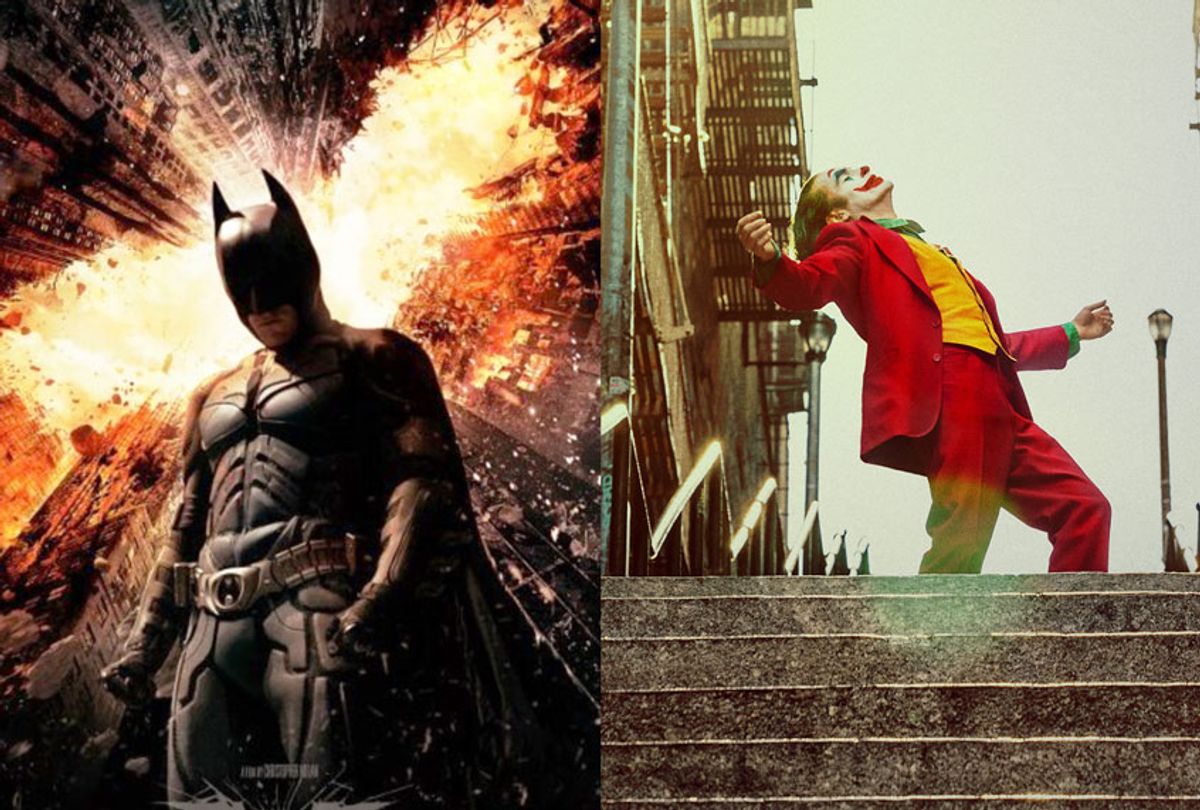 The Colorado movie theater where mass shooter James Holmes murdered 12 people and wounded 70 others in 2012 will not screen the upcoming comic book adaptation "Joker."

The decision to not show "Joker" at the Cinemark Aurora theater, which was known as the Century 16 in 2012, was made mutually by Warner Bros. studio and Cinemark, according to Deadline. It came after a public letter signed by the families of four Aurora victims asked the studio to consider how they were concerned "when we learned that Warner Bros. was releasing a movie called Joker that presents the character as a protagonist with a sympathetic origin story." The five signatories to the letter represented Alexander J. Boik, Jessica Ghawi and Ashley Moser, who died during the shooting, as well as Tina Coon, whose son was a witness to the shooting.

Warner Brothers responded with a statement Tuesday evening that expressed sympathy for the Aurora victims and discussed how the studio supports bipartisan legislation to effectively address America's gun violence epidemic. At the same time, the statement made it clear that the character of the Joker in the new movie is not meant to be emulated.

"At the same time, Warner Bros. believes that one of the functions of storytelling is to provoke difficult conversations around complex issues," the statement obtained by Vulture said. "Make no mistake: Neither the fictional character Joker, nor the film, is an endorsement of real-world violence of any kind. It is not the intention of the film, the filmmakers or the studio to hold this character up as a hero."

George Brauchler, the 18th Judicial District attorney and prosecutor of the Holmes case, later told the Denver Post that the fact a Batman movie was playing at the theater where the shooting transpired was incidental.

In a 2018 book about the Aurora shootings, "A Dark Night in Aurora: Inside James Holmes and the Colorado Mass Shootings," Dr. William H. Reid wrote that Holmes described himself as being "on autopilot" when he entered the auditorium and "denied that the shooting was exciting or particularly rewarding for him as it occurred. Once the process began, he said, he was just carrying out a mission."

Although Holmes was not directly inspired by anything Batman-related when he committed the shooting, "The Dark Knight Rises" later became a popular film within segments of the alt-right because of its villain Bane. The character has been referenced in racist attacks against Black Lives Matter and anti-Semitic attacks against members of the media, the author of this article included. Music from the film was appropriated by President Donald Trump's re-election campaign for a video before Warner Bros. protested the unauthorized use of its intellectual property.