Nancy Pelosi on whistleblower complaint: "This is a cover-up" 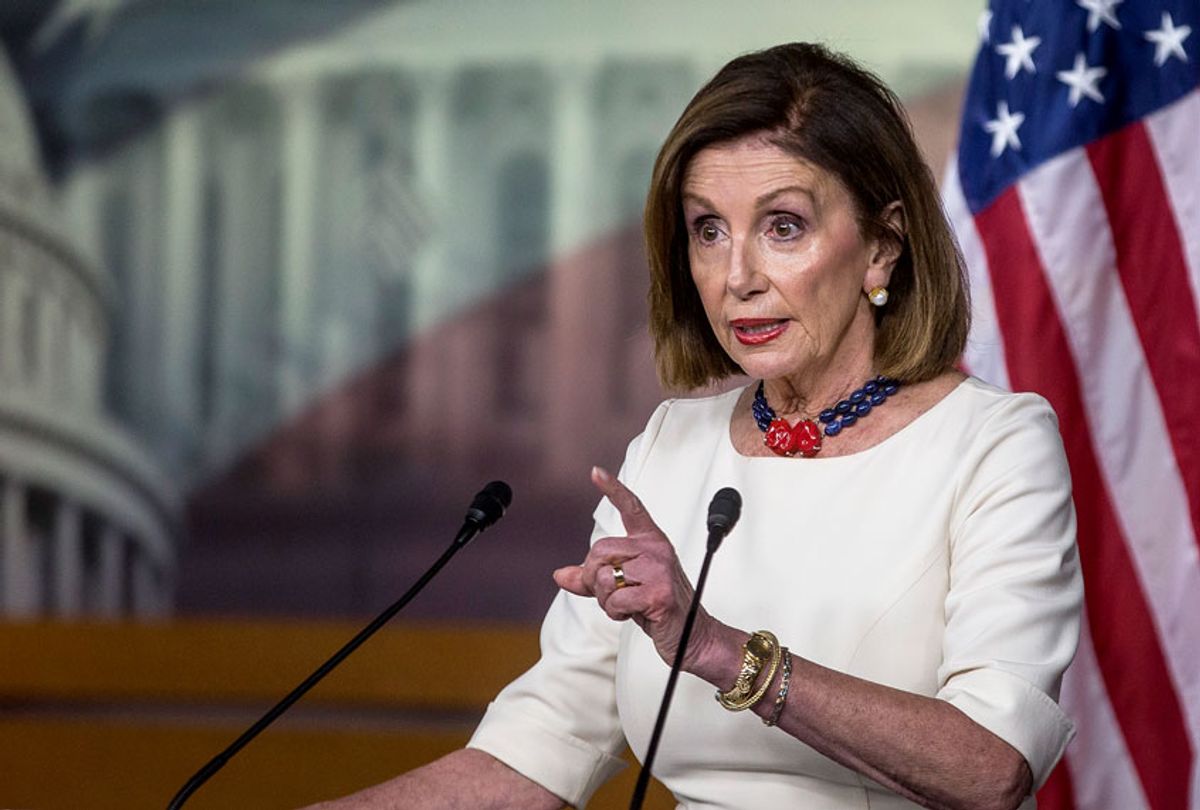 House Speaker Nancy Pelosi, D-Calif., on Thursday accused the White House of a "cover up," hours after the public release of a whistleblower's complaint alleging that President Donald Trump tried to solicit Ukraine to interfere in the 2020 election — and the administration sought to conceal that effort.

Pelosi went on to read aloud a part of the whistleblower's complaint alleging that the White House had intervened to "lock down" all records of a July 25 phone call between Trump and Ukrainian President Volodymyr Zelensky. The call is at the center of the complaint.

"According to White House officials I spoke with, this was 'not the first time' under this administration that a presidential transcript was placed into this codeword-level system solely for the purpose of protecting politically sensitive — rather than national security sensitive — information," the whistleblower wrote.

Pelosi said those actions constituted a "cover-up." House Democrats have decided to narrow the focus of their inquiry to the allegations detailed in the whistleblower's complaint, she said.

"Our consensus in our caucus is we will proceed under the auspices of where this matter is relevant and that is the Intelligence Committee," she added.

The complaint alleged that Trump urged Zelensky to "initiate or continue an investigation" into Hunter Biden, the son of Joe Biden, who is currently vying for the Democratic nomination to challenge the president in the 2020 election.

Trump also asked Zelensky to investigate allegations that Russian interference in the 2016 originated in Ukraine "with a specific request that the Ukrainian leader locate and turn over servers used by the Democratic National Committee (DNC) and examined by the U.S. cyber security firm CrowdStrike," the whistleblower alleged. (The emails of 2016 Democratic presidential nominee, Hillary Clinton, were hacked by Russian intelligence officials ahead of the 2016 election, as concluded by CrowdStrike. There is no evidence the server hacked by Russian agents in 2016 may have been hidden in Ukraine, as the president suggested.)

Pelosi said she has not given committee chairs any deadlines, and only the facts would determine the schedule of the inquiry.

"The timeline relates to how the Intelligence Committee proceeds and our timeline will spring from them," Pelosi said. (Notably, the House Judiciary Committee is the congressional panel that would draft articles of impeachment.)

The speaker noted there was "no rush to judgement" on how House Democrats would proceed with their impeachment inquiry into Trump. She pointed out that while some members in her caucus want to rush into impeachment, it is important to "have an inquiry to further establish the facts."

"We have to make a judgement in an inquiry as we go forward . . . There are some in our caucus who think, 'let's just have an impeachment.' No, we have to have an inquiry to further establish the facts," she said. "There is no rush to judgement and in some ways we are a jury — open to what might be exculpatory or not."

"But every day, the sadness grows because the disregard for our Constitution that the President has becomes more clear," she continued.

Pelosi underscored that the president's actions, as described in the whistleblower's complaint, "lifts this to a whole new terrain, a whole new level of concern about his lawlessness."

"Use any metaphor you want — crossing the Rubicon, a new day has dawned . . ." she continued. "The facts are these: that the president of the United States, in his actions in a telephone call with a head of state, betrayed his office, our national security and the integrity of our election."

"It's not the role of the president to shake down foreign leaders for his own political purposes, withholding taxpayer money to do so," she said.

Her comments came as the acting director of national intelligence, Joseph Maguire, testified before the House Intelligence Committee about the complaint at a public hearing.

Speaking of Maguire's decision to withhold the complaint from Congress last week, Pelosi said, "I think what the DNI did was [break] the law. The law is very clear — the DNI 'shall' convey the complaint to the Intelligence Committee."