Rudy Giuliani dismisses whistleblower claims as "total nonsense": I have "no knowledge of that crap"

"I don't think they'd thank me if I was interfering in foreign relations," Giuliani says of the State Department 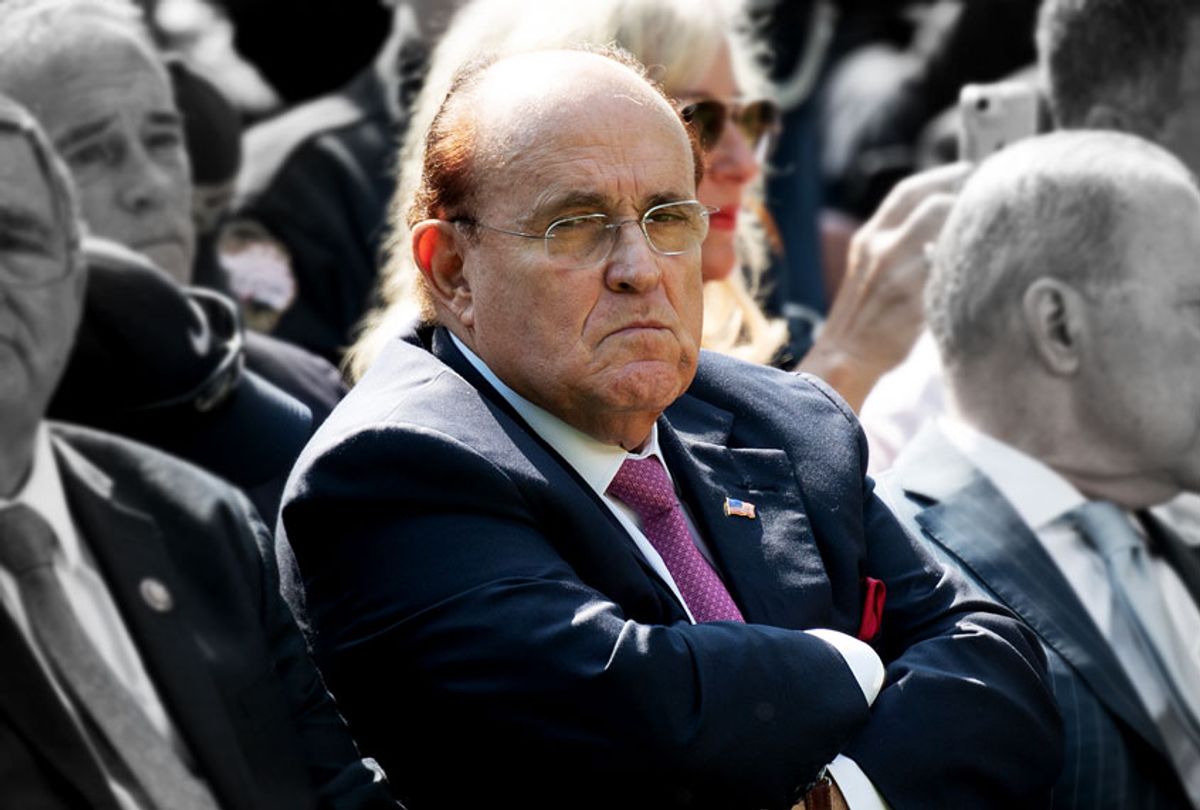 Claiming that he has "no knowledge of any of that crap," Rudy Giuliani, the personal attorney of President Donald Trump, dismissed accusations that he attempted to help his boss solicit Ukraine to interfere in the 2020 presidential election as "total nonsense."

Giuliani's comments, made Thursday to CNN, came just hours after the House Intelligence Committee released a redacted complaint made by an whistleblower in the intelligence community.

The complaint, which centers around a July 25 phone call between Trump and Ukrainian President Volodymyr Zelensky, alleges Trump sought to pressure Zelensky to "initiate or continue an investigation" into the son of potential 2020 Democratic rival Joe Biden. It goes on to describe Giuliani and William Barr, the president's attorney general, as Trump's "personal envoys" on those matters.

During the same time frame, Ukrainian officials were allegedly "led to believe that a meeting or phone call between the president and President Zelensky would depend on whether Zelensky showed willingness to 'play ball'" on the messages they were receiving from Giuliani and Ukraine's top prosecutor, Yuriy Lutensko.

Giuliani refuted the claims made in the whistleblower report, arguing that the State Department had asked him to meet with one of Zelensky's top advisers, Andriy Yermak.

"At no time did either one of them say they wanted to contain damage," he said. "At no time did the State Department in communication with me ever relay any of that information you're talking about."

Giuliani said he shared all of the details of his conversations with Yermak with the State Department. He claimed that he has a "nice little trail" of text message conversations with the U.S. special envoy to Ukraine, Kurt Volker, to prove his claims.

"I spoke to the State Department during the course of this situation. I told you, at least 10 times," he said. "And I met with them."

Last month, the State Department acknowledged it had put Yermak in "direct contact" with Giuliani but attempted to pour water on the notion that it had facilitated the meeting, arguing it was arranged at Volker's request. The State Department noted Giuliani is a "private citizen and acts in a personal capacity as a lawyer for President Trump. He does not speak on behalf of the U.S. Government."

"I don't think they'd thank me if I was interfering in foreign relations," Giuliani said of the State Department. "And I don't think they'd call me and put me together with Yermak, which they indisputably did — even admitted it — if they weren't happy with what I did. But I can't imagine why they'd be unhappy. I told them everything that I did. There's nothing I did that they don't know."