Hypothesis that Planet 9 is a black hole stirs controversy

There's lots of evidence for an unseen object that's messing with Neptune's orbit. Could it be a tiny black hole? 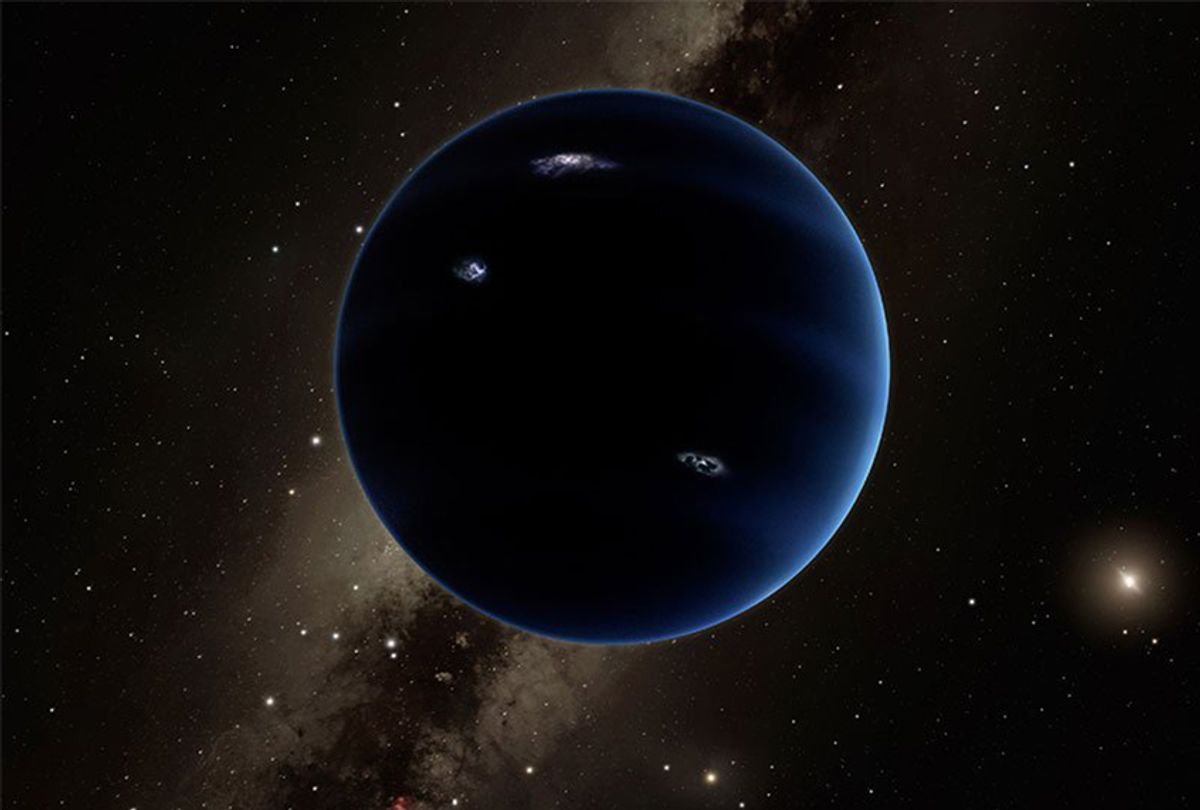 Those who follow astronomy know that a scientific debate has been brewing in the past decade over the existence of so-called Planet 9, a distant, massive planet in our very own solar system. The existence of such a world has been inferred by the perturbations in Uranus and Neptunes' orbits. There's just one big problem: No one has observed Planet 9, despite being pretty sure where to look.

Now, a new scientific paper explores a very different theory: what if Planet 9 were not a planet at all, but rather a primordial black hole — a hypothetical type of small black hole that formed soon after the Big Bang, in the early Universe, as a result of density fluctuations? Such a novel idea might explain why powerful telescopes have never detected so much as a flicker from the theoretical distant, massive planet. Likewise, black holes do not emit visible light at all; rather, they absorb all photons that pass their event horizon, while occasionally emitting energy in the form of (theorized but never directly observed) Hawking Radiation.

In the paper, astronomers Jakub Scholtz of Durham University and James Unwin of University of Illinois at Chicago theorize that the elusive Planet 9 could be an old, very small black hole.

"Capture of a free-floating planet is a leading explanation for the origin of Planet Nine, and we show that the probability of capturing a PBH [Primordial Black Hole] instead is comparable," the astronomers write in the paper.

The two scientists reached this hypothesis in a novel way, by observing that two different phenomena could be related: first, the observation of peculiar orbits of trans-Neptunian objects (meaning bodies orbiting our sun beyond Neptune), which might be explained by the presence of a distant planet with 5 to 15 times Earth's mass; and second, the number of "microlensing events," meaning telescope images that had been distorted by gravitational lensing of the kind caused by black holes or other massive, compact objects.

"There is a growing body of observational anomalies connected to the orbits of trans-Neptunian Objects (TNOs)," the paper states. "These observations have been taken as evidence of a new ninth planet in our solar system, called Planet 9, with mass of [about] 5 − 15 [Earth masses] and orbiting around the Sun at a distance of 300−1000" times the Earth to Sun distance.

"Second, there is set of gravitational anomalies recently observed by the Optical Gravitational Lensing Experiment (OGLE)," they continue. "The lensing objects are located towards the galactic bulge, roughly 8 [kiloparsecs] away. These events correspond to lensing by objects of mass [of about] 0.5 [Earth masses] to 20 [Earth masses] and could be interpreted as an unexpected population of free floating planets or Primordial Black Holes."

The astronomers penned the paper after realizing a connection between the Planet Nine hypothesis and potential PBH observations captured by the Optical Gravitational Lensing Experiment (OGLE) project. "It is remarkable that these two anomalies correspond to a similar mass scale," they note.

However, not all astronomers are convinced. Avi Loeb, chair of Harvard's astronomy department, told Salon via email that there is no evidence for primordial black holes.

Black holes cannot possess a mass below 3 solar masses if they form out of conventional astrophysical processes in the present-day universe. The only way to make them is in the early universe, as "primordial black holes." In this case, they could form as a result of a cosmic density enhancement of order unity, when the total amount of mass enclosed within the horizon of the universe equals their mass (in which case the overdense region of interest collapses in a "Big Crunch" as if it was part of a closed universe.)”

While the paper associates Planet 9 with a primordial black hole of 0.5 to 20 times Earth's mass, Loeb said he finds this hard to believe.

“The horizon of the Universe enclosed this much mass when the temperature of the universe was a hundred times smaller than the energy reached by the Large Hadron Collider (10 TeV),” Loeb said. “Therefore, at that cosmic time, the universe followed physics on energy scales to which we have access in the laboratory.”

“Since there is a small chance for new physics at this energy scale, I find it difficult to believe that primordial black holes of this mass exist,” he added.