“Stranger Things” is returning for its fourth and possibly last season

The Duffer Brothers may be wrapping up the series as they ink a new deal with Netflix. 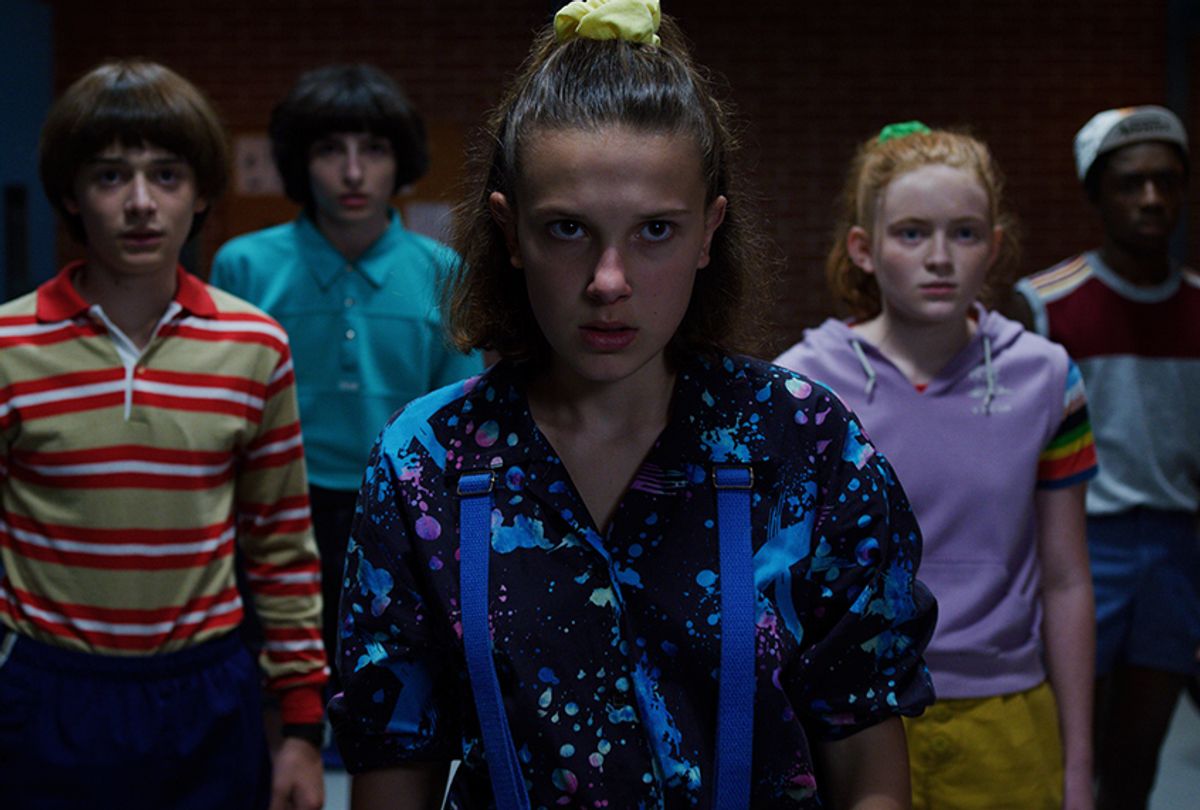 “Stranger Things” has officially been renewed for a fourth season, Netflix announced Monday while also signing series creators and showrunners The Duffer Brothers to a multi-year film and series overall deal.

In a press release, Netflix’s Chief Content Officer Ted Sarandos said the streaming platform is thrilled to expand its relationship with Matt and Ross Duffer, allowing them to bring new film and series projects to viewers.

“We can’t wait to see what The Duffer Brothers have in store when they step outside the world of The Upside Down,” Sarandos said.

The Duffer Brothers first pitched “Stranger Things” as an homage to 1980s genre films. It was picked up by Netflix and premiered in 2016, beloved by both critics and viewers. Since then, it has garnered more than 50 award nominations, including the Emmys, the Golden Globes, BAFTA, SAG and the People’s Choice Awards.

“From our first pitch meeting to the release of 'Stranger Things 3, 'the entire team at Netflix has been nothing short of sensational, providing us with the kind of support, guidance, and creative freedom we always dreamed about,” the Duffer Brothers said in the release. “We can’t wait to tell many more stories together – beginning, of course, with a return trip to Hawkins!”

Which is an interesting thing to say, because along with the written announcement that Netflix was picking up a fourth season of “Stranger Things,” a short video announcement dropped, too. There aren’t too many details to be gleaned from it; it kicks off with the signature synthy chords of the series’ theme song as the red neon logo letters flicker into formation.

And then suddenly, the lights click off. In the background, ash falls from the sky, dispersing among the gray tentacles of The Upside Down. The screen flashes to black: “We’re not in Hawkins Anymore.”

It's not completely surprising that the fourth season would take place –at least in part – in another town or country. After all, by the of Season 3, the Byers family had left Hawkins, and some shady goings-on were seen in an underground Russian lab. Then again, the teaser might be revealing that everything takes place in the Upside Down.

There’s a well-publicized possibility that this will be the final season of the series. In a 2017 interview with Vulture, the Duffer Brothers said it would likely be a four-season thing and then out; by then, the original band of preteens will be ready for college.

“We just have to keep adjusting the story,” said Matt. “Though I don’t know if we can justify something bad happening to them once a year.”

“They’re going to have to get the f**k out of this town!” said Ross. “It’s ridiculous!”

Meanwhile, “Stranger Things 3” brought a lot of changes for the characters: the boys discovered girls, Eleven (Millie Bobby Brown) discovered scrunchies, the Russian government potentially discovered new information about how the workings of the Upside Down can be weaponized.

It also left a lot of threads undone, and one of the biggest remaining questions is whether Jim Hopper (David Harbour) will return. While an official date for season four has yet to be announced, fan theories abound — especially as TVLine reported that Harbour’s contract carries him through a fourth season and there are star Instagram posts to dissect.