However, he acknowledged that another whistleblower like himself could be needed for such a move to transpire 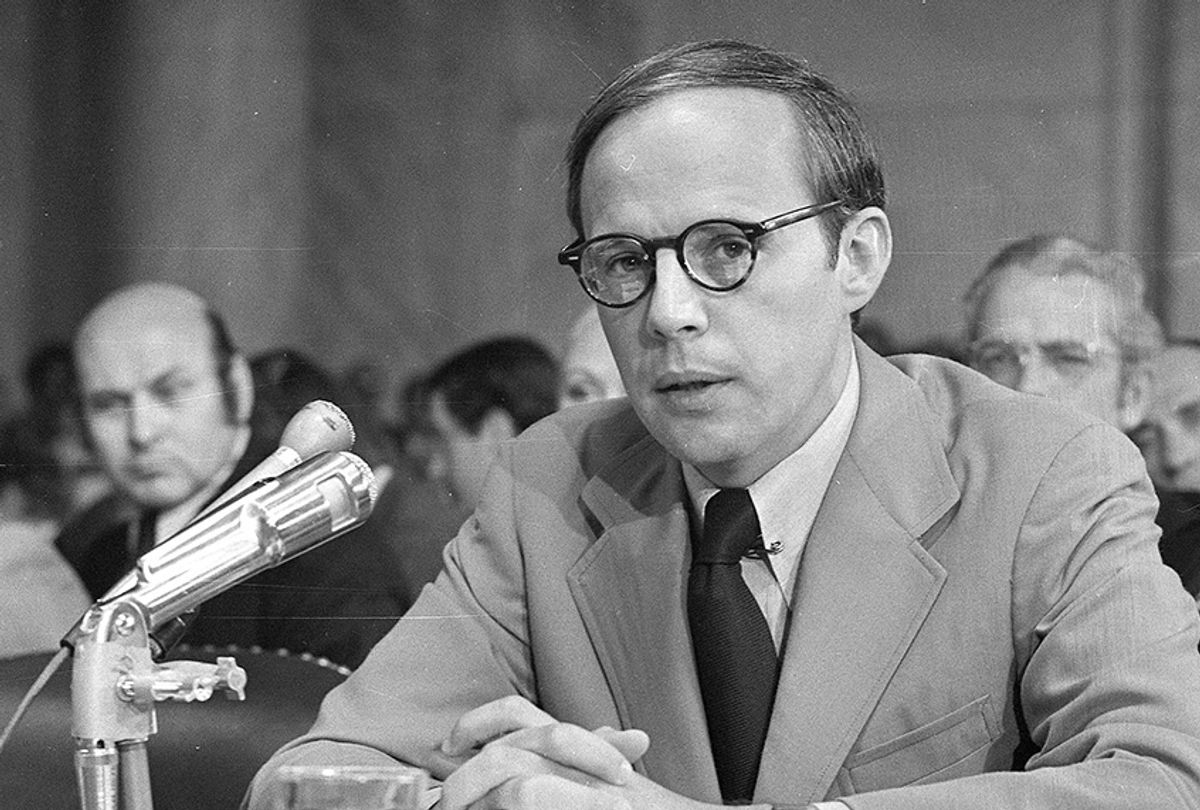 John Dean, the White House counsel for former President Richard Nixon who eventually testified against his boss before Congress during the Watergate scandal, says there is sufficient grounds for not only impeaching the president but also convicting him in the Senate.

“There is enough evidence of an abuse of power — a breach of his oath of office,” Dean told the San Francisco Chronicle on Monday. "What they need to do is get evidence that fleshes it out. They need to show exactly what was going on."

Because Democrats control the House of Representatives, the odds favor the chance of impeachment passing through the lower chamber. However, a conviction faces an uphill climb in the Senate, where at least 20 Republicans would have to turn on a president of their own party.

Dean argued that if Democrats “pull together the right facts and draft it in a very tight way, it will be very hard for Republicans to vote against” forcibly removing Trump from office. However, he acknowledged that another whistleblower like himself could be needed for such a move to transpire.

“It would help,” Dean told the Chronicle when asked whether Democrats would benefit from having a similar figure from the Trump White House who provides them with detailed information about alleged crimes committed by the president.

“The person I was hoping would do it — and he still may — was Don McGahn,” Dean added, referring to Trump’s own former White House counsel.

Dean noted that the Trump staffer “did block a lot of the craziness from Trump” and speculated that “maybe McGahn will come forward.” At the same time, he said that McGahn has  “got to understand it is not a pleasant route. No one likes to be a tattletale. No one really wants to be a whistle-blower unless they’re deeply offended.”

McGahn has thus far done nothing to suggest that he will turn on his former boss. When Congress subpoenaed him to testify in May, McGahn followed a White House order to stand down. His own attorney sent a letter to Congress saying that he “must honor his ethical and legal obligations as a former senior lawyer and senior adviser to the president.” After claiming that his hands were tied by the White House, the letter concluded that “Mr. McGahn remains obligated to maintain the status quo and respect the president's instruction.”

Dean has previously predicted that Trump would be impeached. Last year, after a sentencing memorandum written by the U.S. attorney’s office in Manhattan revealed that lawyer and former Trump fixer Michael Cohen had acted at the future president's direction when he made hush payments to women to conceal alleged extramarital affairs, Dean told CNN’s Erin Burnett that “I think what this totality of today's filings show that the House is going to have little choice the way this is going other than to start impeachment proceedings.”

He later added, “In his allocution, he implicated Trump directly. And he was doing it — his instructions — that's why the payments were made and they were for his benefit.”

Dean served as Nixon’s White House counsel from 1970 to 1973 before eventually testifying against the president. His testimony was instrumental in the former president deciding to resign before facing a likely conviction in an impeachment trial. During his testimony, Dean described his role in obstructing justice, facilitating perjury and laundering money. He also described conversations with Nixon that suggested the president had secretly recorded his conversations — a suspicion that was later confirmed by other Nixon White House officials.