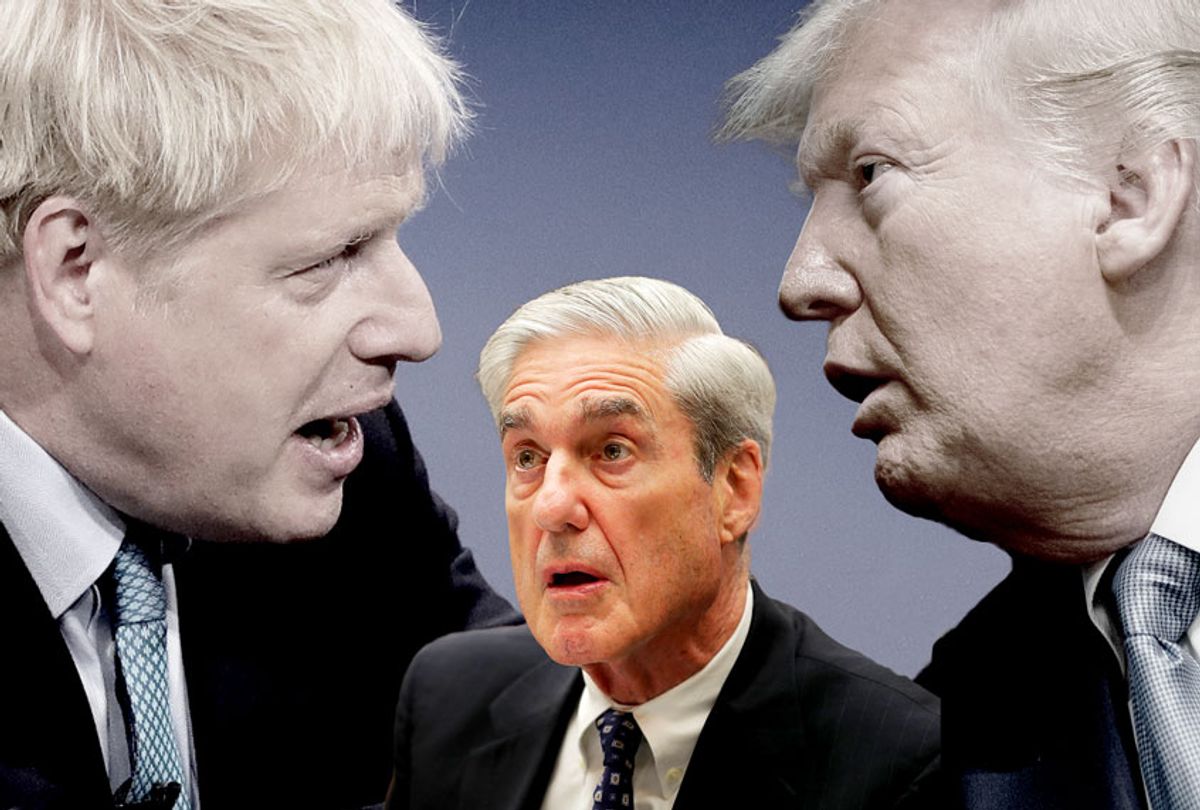 The president called Johnson to ask for the favor on July 26 — only two days after the prime minister took office, according to the Times of London. This was also one day after his much-scrutinized phone call to Ukrainian President Volodomyr Zelensky, in which the president asked his Ukrainian counterpart to investigate unsubstantiated corruption accusations against former Vice President Joe Biden and his son Hunter Biden.

During the call with Johnson, Trump reportedly asked for the new prime minister’s assistance in accumulating evidence that would discredit Mueller’s investigation, only days after former FBI director testified before Congress about the contents of his report.

Several days after Trump’s phone call with Johnson, Attorney General William Barr allegedly told officials at a meeting of the Five Eyes intelligence-sharing alliance (including the United States, United Kingdom, Australia, New Zealand and Canada) that he believed British intelligence agencies had provided the information which led to Mueller’s investigation. It is unclear whether this request was directly connected to Trump’s conversation with Johnson.

Johnson isn’t alone among foreign leaders from whom Trump and his members of his administration have asked to help discredit Mueller’s probe, according to the Associated Press. Trump told Australian Prime Minister Scott Morrison that Barr would contact his Australian counterpart for information on how the Mueller probe was linked to a tip from Australian diplomat Alexander Downer. In May 2016, a former Trump campaign adviser, George Papadopoulos, had told Downer that Russia had thousands of emails that they had stolen from the Democratic Party that could hurt Hillary Clinton’s presidential campaign.

Last week Barr traveled to Italy with U. S. Attorney John Durham, whom Trump has asked for help in investigating the origins of Mueller’s probe into the Russia scandal. According to The Daily Beast, Barr and Durham went to Rome to listen to a tape in which Joseph Misfud, a former Maltese professor who allegedly promised Papadopoulos that he could provide Russian “dirt” on Clinton, discussed in a deposition why he was applying for police protection. Misfud was allegedly concerned that people may try to harm him and, as a result, went into hiding.

Johnson has grappled with his own series of controversies since becoming Britain’s prime minister less than three months ago. Last week, the British Supreme Court ruled that his suspension of Parliament, or “prorogation,” was illegal because it prevented British lawmakers from performing their responsibilities in the lead-up to Brexit on Oct. 31. Parliament also rejected Johnson’s call for a new election prior to being suspended and, upon his taking office, passed a law preventing him from leaving the European Union without a deal. Johnson was also accused of lying to Queen Elizabeth II about his reasons for wanting a prorogation of Parliament.

In addition to being criticized by his political opponents, Johnson has been criticized by members of his own Conservative Party, with former Prime Minister John Major saying after the British Supreme Court decision that “no prime minister must ever treat the monarch or Parliament in this way again.”