Colin Powell calls out GOP in Trump era: “The Republican Party has got to get a grip on itself" 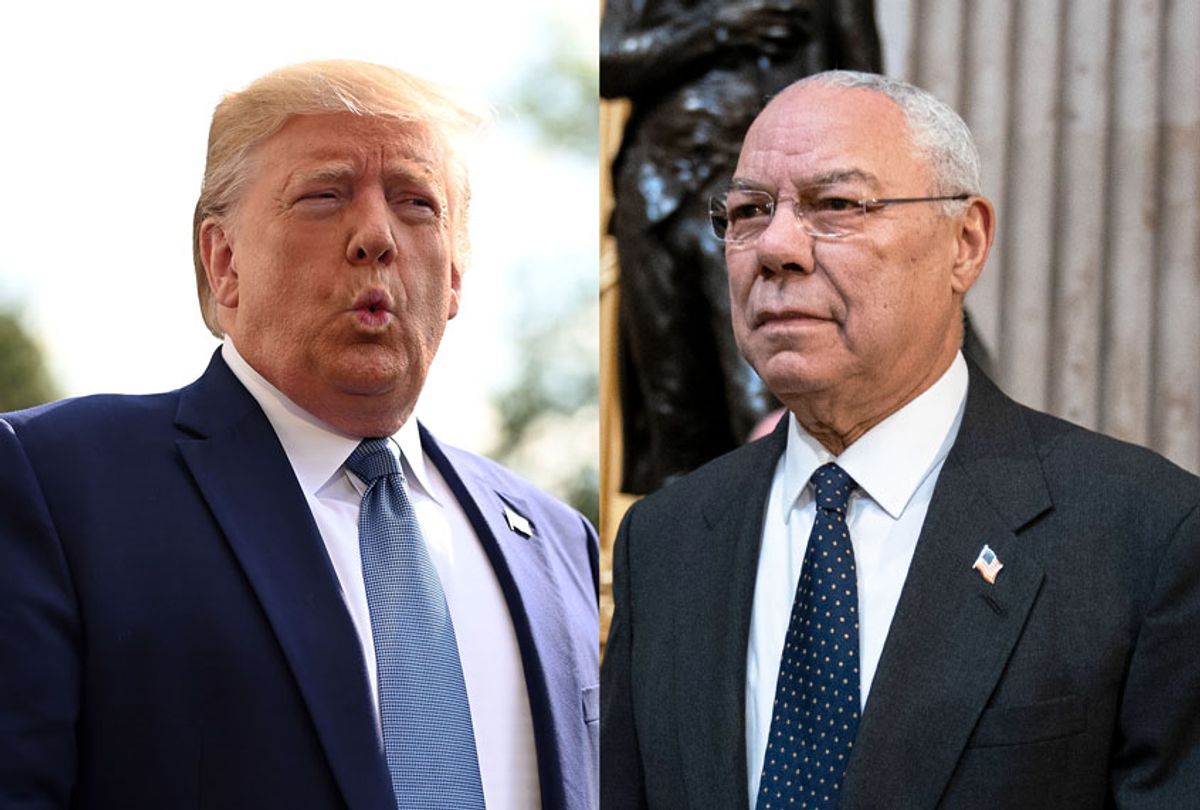 Former Secretary of State Colin Powell, who served under Republican President George W. Bush, Powell told CNN’s Fareed Zakaria on Sunday that he believes it is time for the GOP to "get a grip on itself" and stand up to President Donald Trump.

“The Republican Party has got to get a grip on itself,” Powell told Zakaria. “Right now, Republican leaders and members of the Congress in both the Senate and the House are holding back, because they're terrified of what will happen to any one of them if they speak out.”

After speculating that members of Congress were concerned about losing in their congressional primaries — “I don’t know why that’s such a disaster” — Powell repeated that congressional Republicans “need to get a grip."

"And when they see things that are not right," he continued, "they need to say something about it.”

Recalling how the federal government reinforced the president’s false claim that a hurricane was due to hit Alabama, Powell said that when he was serving in a presidential administration, someone would have told the commander-in-chief that he had “screwed up."

“Congress is one of the institutions that should be doing something about this — all parts of Congress,” Powell told Zakaria to audience applause. “The media has a role to play. We all have a role to play.”

Pointing to his work with Presidents Ronald Reagan and both Bushes, Powell described himself as "a moderate Republican." He added that he believes “that we should have a strong foreign policy — a strong defense policy — but we have to look out for our people. And we ought to work hard to make sure that we’re one country, one team.”

On that occasion, Powell singled out Trump’s attacks on the media, rhetorically questioning whether the president had even read the First Amendment.

“You’re not supposed to like everything the press says or what anyone says in the First Amendment," he said at the time. "That’s why we have a First Amendment: to protect that kind of speech.”

Although Powell was once a prominent Republican considered to be a frontrunner for the GOP presidential nomination in 1996 before deciding not to run, he has recently endorsed Democratic presidential candidates. Powell backed former President Barack Obama in both 2008 and 2012 and Hillary Clinton in 2016.