Another debate with too many candidates? Yes — but the race has shifted dramatically 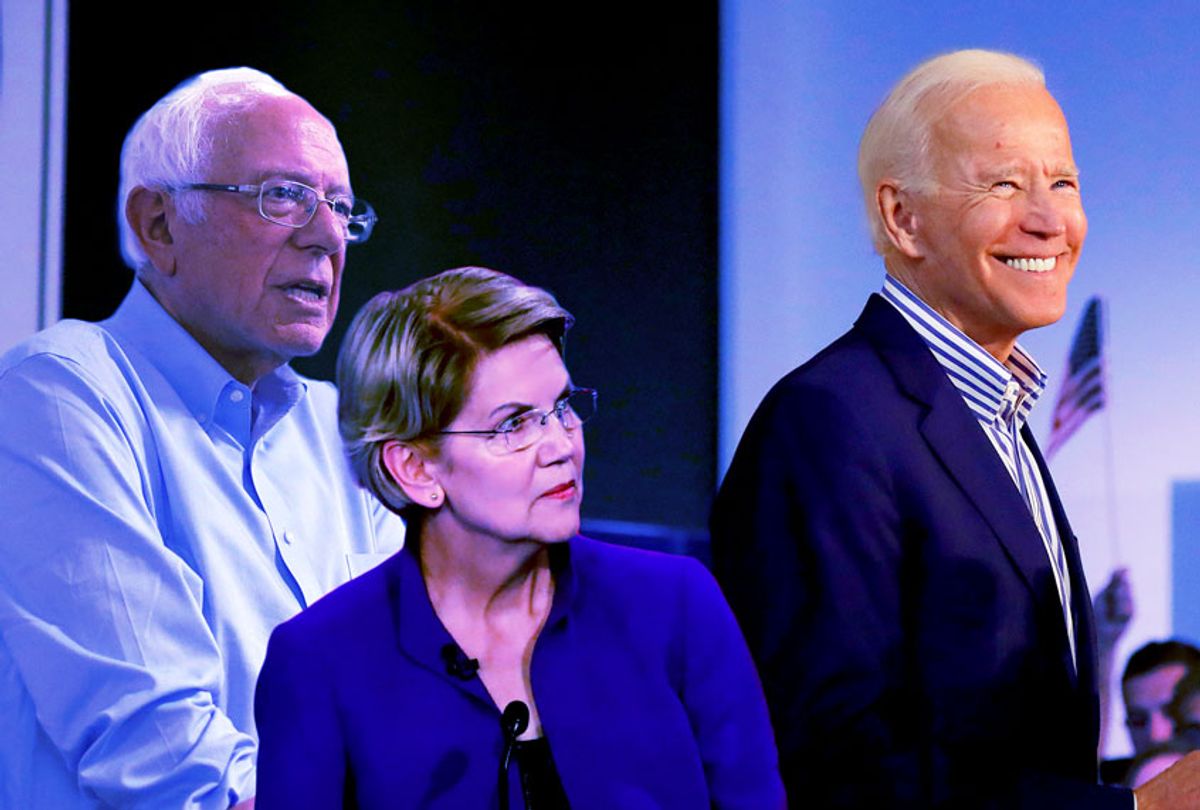 While the impeachment inquiry of Donald Trump and the ever-expanding circle of the Ukraine scandal are understandably dominating the news cycle, there will still be a presidential election in 2020. Which means that the Democrats still need to pick a candidate, and in service of that, there will be another Democratic debate on Tuesday night, beginning at 8 p.m. Eastern on CNN. The candidates have descended on yet another crucial purple state, this time gathering at Otterbein University in Westerville, Ohio.

It's admittedly hard to get too excited by the fourth official Democratic debate, mainly because, yet again, the conversational flow between actual contenders will be interrupted by the presence of unserious candidates. We're several months into this process  and only about 14 weeks away from the Iowa caucuses, and for some reason the stage will be cluttered by the likes of entrepreneur Andrew Yang, crank Hawaii congresswoman Tulsi Gabbard and billionaire Tom Steyer, all boosting their egos while wasting the time of viewers who are actually trying to decide who should run against Donald Trump next year.

Still, it's well worth tuning in — or at least reading Salon's coverage — because, let's face it, a lot of things have happened since the last debate that have seriously shifted the dynamics of the primary. In September's round, most of the tension flowed from former HUD Secretary Julián Castro bringing up the uncomfortable fact that former Vice President Joe Biden, the presumed frontrunner, is really old. Here are some of the important questions going into Tuesday night's debate.

How much is this Ukraine scandal affecting Joe Biden? Biden is inarguably the victim of the scandal that led to the impeachment inquiry that currently consuming the Trump administration — or at least he should be. It's clear that Trump's actions in Ukraine were about elevating false accusations of corruption against Biden, by painting the former veep's efforts to fight corruption in Ukraine as the opposite of what they actually were. (This is just one small part of the many ways the Trump administration is kneecapping genuine efforts to control the endemic corruption in that troubled nation.)

Biden's apparent innocence of any wrongdoing is, sadly, no shield against the spread of baseless conspiracy theories, any more than the relatively minor nature of Hillary Clinton's email snafu prevented mainstream journalists from treating it like a major scandal. The desire of TV anchors to look like they're asking "tough questions" reliably trumps what should be greater journalistic concerns about truth and integrity.

So it's entirely possible that Biden will be asked to answer Trump's accusations in a way that might mislead viewers into thinking there's some merit to those bogus charges. We can hope not, but it's hard to have much confidence in the current media environment.

Will Elizabeth Warren become a target? The senator from Massachusetts has enjoyed a series of debates where her opponents seemed uninterested in attacking her, if not outright fearful. But with Warren steadily climbing in the polls — she has been even with Biden, or even ahead of him, in several recent surveys — her opponents might be considering this the moment to whip off the gloves. Indeed, Pete Buttigieg, the mayor of South Bend, Indiana, has already hinted in that direction, putting out ads that criticize both Warren and Sen. Bernie Sanders by name.

Buttigieg, like most of the Democratic candidates, can't seem to generate any momentum, which is why he's getting more aggressive. But taking a crack at Warren face-to-face, while it will get attention, is a highly risky maneuver for Buttigieg or anyone else. As her parrying with Biden over health care in the last debate showed, Warren is talented at engaging people who debate her directly. This is a woman who, we learned this week, used an old colleague's funeral to call him out for sexual harassment. Messing with her might be more trouble than it's worth.

Will Bernie Sanders' health be an issue? Unlike the five-alarm-fire response Hillary Clinton got when she caught a relatively minor bug during the 2016 campaign, there's been a restrained media reaction to Sanders' heart attack at the beginning of the month. Still, the Vermont senator has had to dial back his previously furious campaign pace, and has conducted efforts several interviews meant to reassure supporters that he is up to the stressful job of running against Trump — and running the country if he wins.

On one hand, personal questions about people's health are discouraged, as has been demonstrated by the wide berth reporters are giving to Biden over concerns about his age. On the other hand, it's undeniable that asking someone about their own potential mortality makes for good TV — and CNN is, above all other things, a profit-making organization. Voters may also have legitimate concerns about Sanders' health, of course, but there's no reason to think that's suddenly going to become a pressing concern that shapes election coverage in the United States.

How much will they talk about impeachment? Personally, I think this issue is a lot more interesting than another hour-long fight over minor differences in health care plans — which don't much matter anyway, since it's Congress that passes legislation, not the president. But there's also little chance of ugly arguments breaking out over the question of how much Trump is a criminal, since all 12 candidates generally agree on that issue. For whatever reason, debate moderators seem convinced audiences would rather watch Democrats bicker over minor differences for hours than talk about big things that actually matter to voters. So it's quite possible that somehow we go the whole night without addressing the biggest single story in politics.