Leaders of France, Germany and Ireland OK U.K.'s deal to leave EU on Oct. 31. Will British lawmakers go along? 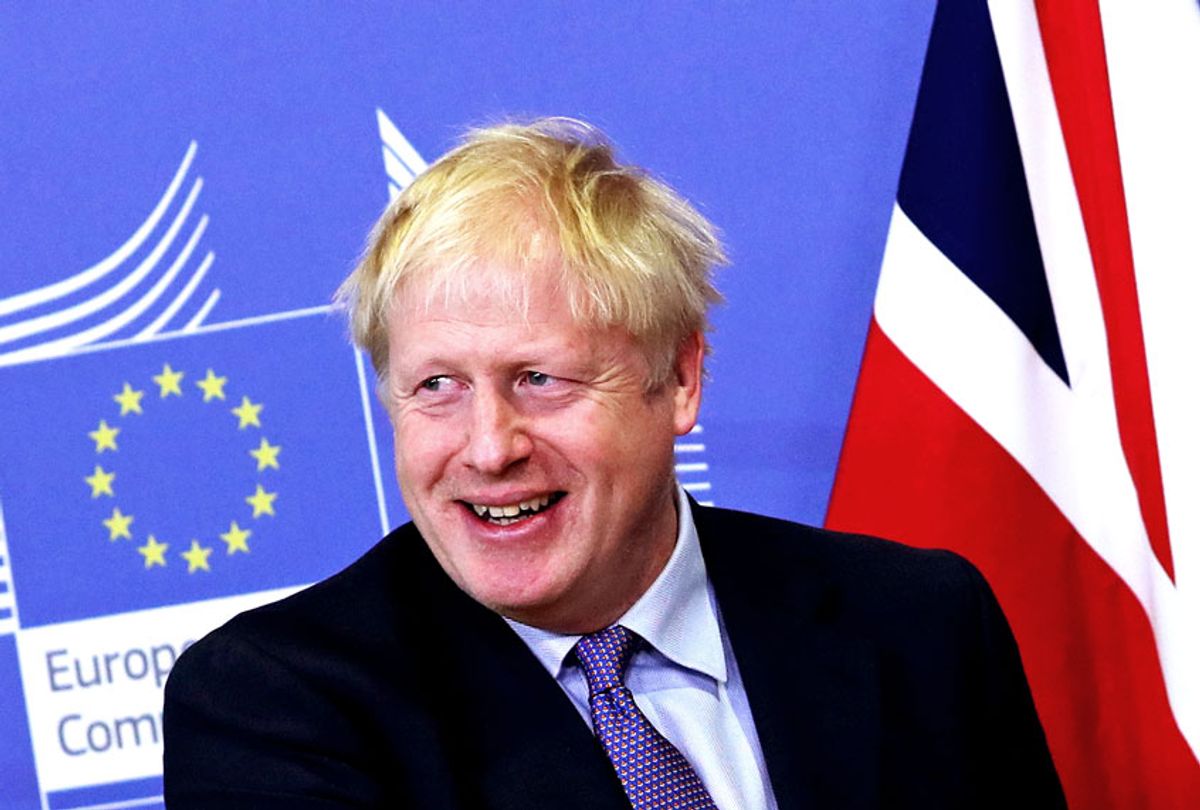 “Now is the moment for us to get Brexit done. And together can work on building our future partnership,” Johnson told reporters at a press conference, according to CNN. Juncker added that the deal provides “certainty” regarding the Brexit process and praised Johnson for his “excellent relations.” The British prime minister replied that they were “neighbors, friends and supporters.”

The British Parliament voted on Thursday to have a rare Saturday session in order to decide whether to accept the Brexit deal. This will mark the third time Parliament has had a Saturday session since World War II. The break from usual tradition is necessary because the United Kingdom is scheduled to leave the European Union on Oct. 31. Parliament could still reject the Brexit deal — as it has several times in the past, under previous Prime Minister Theresa May — and thereby force another delay in the Brexit process. Juncker acknowledged, telling reporters he does not believe there is “need for any kind of prolongation” but that the decision rests in the hands of Britain’s politicians.

There have been mixed responses to the Brexit deal from British political leaders so far. Steve Baker, a member of Parliament from the hardline pro-Brexit European Research Group within Johnson’s Conservative Party, tweeted that they would support the Brexit deal “after dealing with limited remaining concerns.” By contrast, members from Northern Ireland’s Democratic Unionist Party — a Protestant faction aligned with the Conservatives — expressed dissatisfaction with the deal, which would create different economic arrangements for that British province, which borders the Republic of Ireland, an EU nation.

Other European leaders have been more positive about the deal. Irish Prime Minister Leo Varadkar praised the deal for ensuring there will be “no hard border” between Northern Ireland and the Republic. Johnson’s deal “allows the all-Ireland economy to continue to develop, and one which protects the European single market and our place in it,” Varadkar said.

German Chancellor Angela Merkel described the deal as “good news” and said that it manages “to retain the unity of the single market and also to see the Irish PM satisfied.” French President Emmanuel Macron expressed similar thoughts, saying, “We are satisfied that negotiations have yielded a positive outcome. Our negotiators defended our red lines and our willingness to protect the single market.”

If the Brexit deal is passed, it will mark a major turn of fortune for a prime minister whose brief tenure has been marked by numerous setbacks. Last month the British Supreme Court ruled against Johnson when he attempted to prorogue (or suspend) Parliament, with some of Johnson’s opponents using his defeat to call for the prime minister’s resignation.

Before that, Johnson had tried to call a snap election after Parliament refused to support his Brexit agenda, but was blocked by the Labour Party, which leads the opposition. Shortly after Johnson took office, Parliament passed a law prohibiting him from leaving the European Union without a negotiated deal. Before the vote Johnson warned that if he was barred from implementing a no-deal Brexit, it would “plainly chop the legs out from under the U.K. position and make any further negotiation absolutely impossible.”