Boris Johnson asks E.U. for Brexit delay — but makes it clear he's doing so under protest

Despite requesting a Brexit delay, Johnson said in a letter that "would damage the interests" of the UK and EU 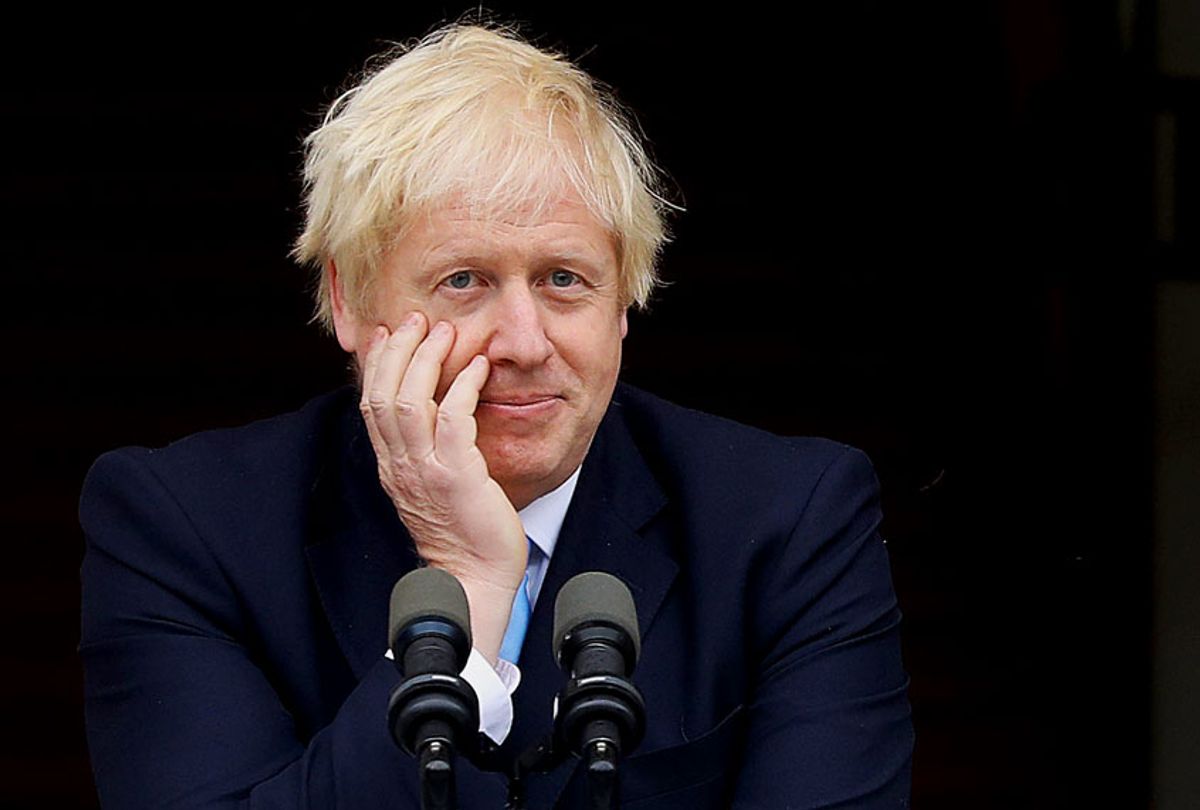 Britain's Prime Minister Boris Johnson gestures during a press conference on the steps of the Government buildings in Dublin on September 9, 2019. - Irish Prime Minister Leo Varadkar said on Monday that the European Union had not received from Britain any alternatives to the so-called backstop provision in the Brexit divorce deal. (LORRAINE O'SULLIVAN/AFP/Getty Images)
--

British Prime Minister Boris Johnson has expressed dismay with the fact that he may have to delay the implementation of Brexit, even as he has fulfilled his legal obligation by informing European Union leaders of the fact that a delay could be impending.

Johnson sent three letters to European leaders late on Saturday, according to NBC News. The first two letters were unsigned; after explaining in a brief cover note that the British government was merely complying with the law, Johnson included a copy of the text that Parliament forced Johnson to write. The third letter showed Johnson expressing dissatisfaction with the idea of delaying Brexit, saying that it "would damage the interests of the U.K. and our E.U. partners, and the relationship between us" and arguing that "we must bring this process to a conclusion." It also described delaying Brexit as "deeply corrosive."

Despite Johnson's avowed reluctance to delay leaving the European Union, leaders from the multinational organization said that they would consider the extension request. According to CNBC, their options include rejecting the extension request and forcing the United Kingdom to leave the European Union without a deal, which is considered unlikely due to the potential economic ramifications that would have throughout Europe; allowing an extension of a few weeks; giving the United Kingdom until January 31, 2020, which is what Johnson requested in his letter and could lead to another general election, renegotiation or Brexit referendum; or delaying until June 2020, when the next cycle of EU budgets begins.

When EU ambassadors met in Brussels on Sunday morning to assess the situation, they refrained from discussing any policy details and decided to simply wait for updates from the British government while beginning the legal process for the European Union to ratify the new Brexit deal, according to Politico Europe. The ambassadors will meet later this week to continue their discussions.

On Thursday Johnson announced that he had struck a Brexit deal with European Union Commission President Jean-Claude Juncker. During a press conference announcing the deal Johnson said that "now is the moment for us to get Brexit done. And together can work on building our future partnership." The deal was praised by foreign leaders including Irish Prime Minister Leo Varadkar, German Chancellor Angela Merkel and French President Emmanuel Macron. The reaction in the United Kingdom was more mixed, with some pro-Brexit forces hailing the deal and groups like Northern Ireland's Democratic Unionist Party denouncing it.

From the beginning of his tenure as prime minister, Johnson has opposed delaying Brexit, arguing shortly after taking office that doing so would "plainly chop the legs out from under the U.K. position and make any further negotiation absolutely impossible." He has failed in his efforts to make further delay impossible, unsuccessfully calling for a snap election and losing a battle to stop Parliament from prohibiting a no-deal Brexit. The British Supreme Court even ruled against him when he tried to suspend Parliament so as to give the legislature less time to potentially delay his Brexit implementation.