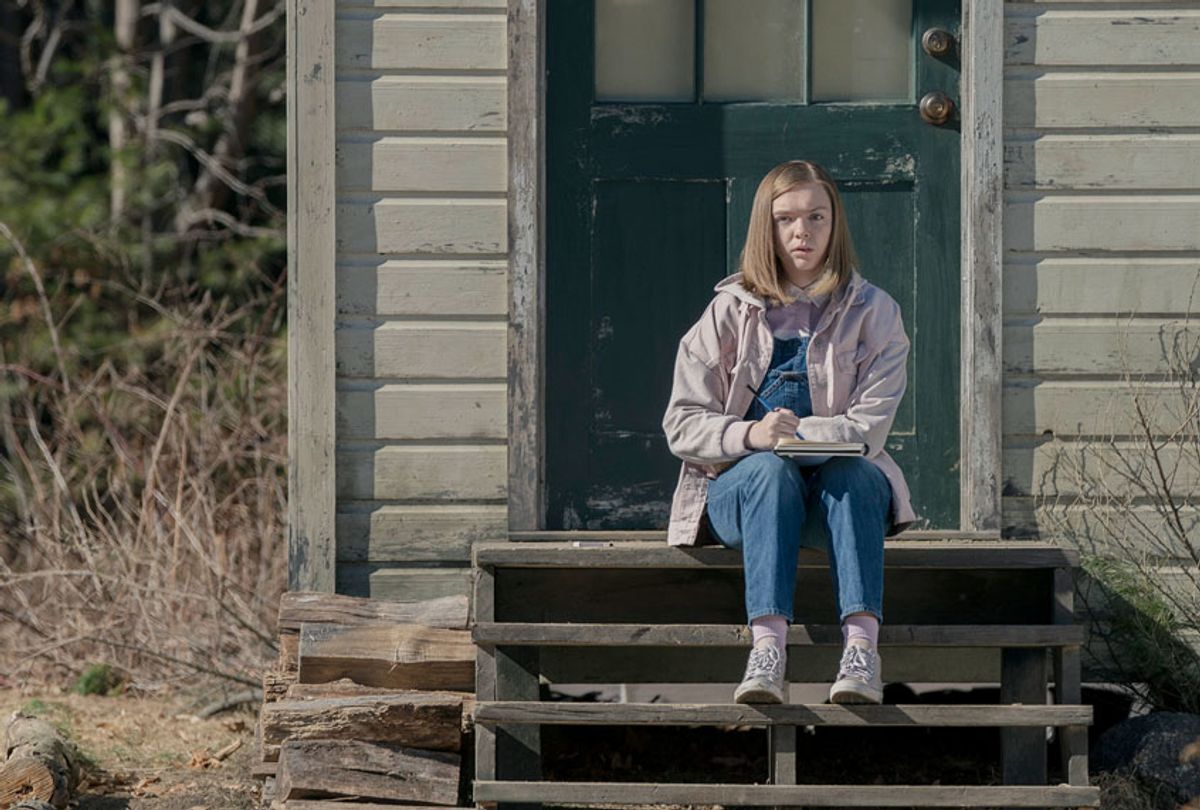 Hulu's anthology horror series "Castle Rock" returns for its second season, and with it, a certain amount of uncertainty in what lies ahead. Wise viewers should know by now to approach every anthology series with a measure of skepticism and caution. We should approach any new series thusly. However, standard dramas and comedies have an obligation to justify the time we spend watching them within a few episodes, and even that’s a generous grading curve.

When an anthology series’ creative team knows precisely where the story needs to end and the greater meaning the story is meant to convey, the format is a bonus. An audience sated by one finite taste of magic can confidently look forward to the promise of the next chapter — an entirely new tale, but (as previous performance indicates) capably told.

The flipside of this stone gives us drunken snail’s paced disasters like Amazon's “The Romanoffs.”

Hulu’s “Castle Rock,”co-created by Sam Shaw ("Manhattan") and Dustin Thomason, doesn’t definitively reside in place or another, and in some regard that makes evaluating it particularly frustrating.

Named for one of Stephen King’s most famous fictional Maine towns, the series pulls liberally from the author’s oeuvre to spin entirely new plots in which the real world crashes into the supernatural.

This happens with such stubborn regularity in the King universe that the townsfolk who live beside these caves of weirdness and horror blithely steer clear of its path by pretending they don’t exist or forgetting about them entirely. This is why, say,  Pennywise the Clown disappeared children for decades without being stopped.

Both King’s towns and his antagonists feed on our addiction to the soothing story of the Way Things Used to Be or Ought to Be.  The places have working-class nobility to them but are also in some state of decay, politically, socially, and physically; the people in them, therefore, cannot escape the corruption of whatever preternatural malevolence is infecting the places.

Out of King’s three best known isolated hamlets, Jerusalem’s Lot typifies this concept; out of all the author’s creepily old-fashioned monsters and monstrous people, Annie Wilkes of “Misery” is a favorite adherent to pattern.

And for whatever reason, Season 2 of “Castle Rock” sees fit to stitch the story of Annie Wilkes, played by Lizzie Caplan, into the mythology of “Salem’s Lot” which, according to story, is cursed by witches and purportedly populated by vampires.

Caplan's Annie is fleeing some kind of darkness with her daughter Joy (Elsie Fisher) in tow and happens to crash land in Castle Rock, quickly deciding that it’s as good a place as any to hole up and start anew.

Only the story doesn’t stop there. The second season also brings us the Merrill clan, introduced to moviegoers by way of “Stand By Me” and Kiefer Sutherland’s portrayal of town menace Ace Merrill. Paul Sparks imbues Ace with chilling hostility on “Castle Rock,” the nephew of town crime boss "Pop" Merrill (Tim Robbins), a man who adopted a pair of Somali orphans named Abdi (Barkhad Abdi) and Nadia (Yusra Warsama).

In fact, there’s a burgeoning Somali population in the town, a detail that mirrors the real situation in many American small towns tied to large industries in some way. “Castle Rock” mostly observes the community at large through the lens of Abdi and Nadia, who live between two very different worlds.

At any rate, all of this provides the possibility of an even slightly meaningful exploration of culture clash, racial tensions, and the cause and effect of military overreach. (The Somalis are there, we are to infer, as a result of unrest in their native country.) But “Castle Rock” only hints at taking on these topics. Servicing what fans know about the Merrills and Annie and Salem’s Lot comes first.

Need even more plot? The Marsten House and its host of spooky devilry also plays prominently in this season.

Mythology-rich details may bewitch Stephen King superfans, but for the average viewer this is a lot of lumps to be stuffing into too-small Spanx.

Even so — recall the warning about anthology series — there is just enough mystery afoot to keep the viewer interested. Caplan, is unsettlingly good as Annie, giving a performance that can be emotionally poignant in one scene and petrifying in another, turning on a dime in an instant. Robbins is at home in this universe, playing the haggard, world-weary working class father figure as well as he ever does.

But Warsama and Abdi provide the season's breakout performances, subtle yet formidable in their separate scenes but particularly moving when they are together, their brother and sister clinging together in a place that’s unwelcoming to them in many ways.

Each of these portraits and storylines, separately, is worth chewing on. Even the places where they begin to intersect hold promise. But the episodes made available to critics hold no indication that they'll believably intertwine, or that this season will do a better job of delivering on the promise of King-worthy tension or fascination than Season 1 did.

In the first season, Andre Holland’s Henry Deaver and Sissy Spacek’s Ruth Deaver, Henry’s adoptive mom, were consistently enthralling to watch – particularly Spacek, who turned in a nomination-worthy portrayal of a woman battling dementia and slowly, painfully losing. The story itself was far less memorable.

It could very well be that Thomason and Shaw learned from that imbalance and have a plan for knitting together all the second season threads in a way that satisfies, and bringing the story home smoothly enough to buy our attention for another season. But I’m also reminded of a favorite line King wrote to describe Salem’s Lot: “The land has got you, locked up solid got you.” Great TV series make you feel like that fairly quickly: in the bag, locked up solid. Anything less should make a person take stock of whether you might be better served departing for another place.