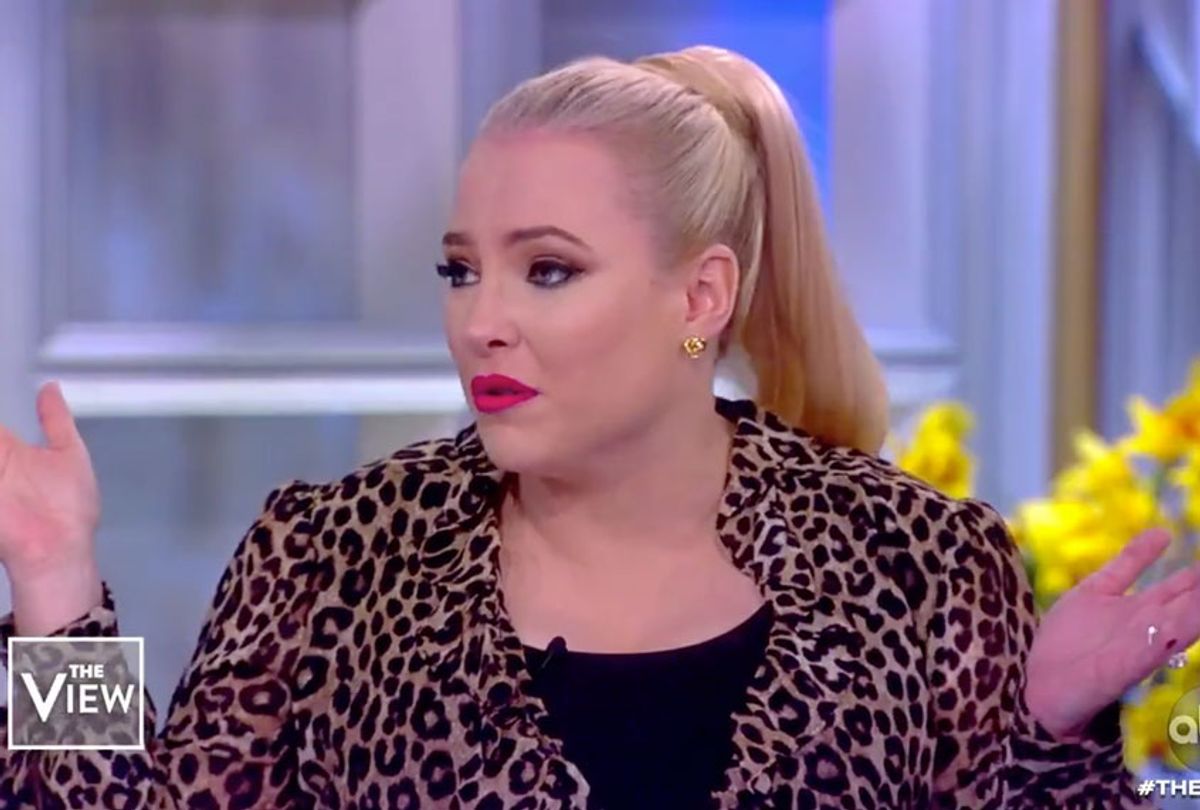 Meghan McCain was not impressed by the band of House Republicans who stormed a closed-door impeachment hearing of President Donald Trump on Wednesday in opposition of  an alleged lack of transparency in the investigation — and even ordered pizza to fuel their protest.

"Let us in! Let us in!" cried the pro-Trump lawmakers, led by Rep. Matt Gaetz, R-Fla.

The move, widely condemned as a political stunt, came under intense scrutiny of "The View" co-hosts Thursday on ABC.

Co-host Abby Huntsman noted that Gaetz was reportedly filming a documentary series for HBO titled "The Swamp" — and allegedly broke House rules to get the show's crew members into the Capitol building in order to film the spectacle. She pointed out that House Republicans were "asking to be arrested just to make it a bigger deal," citing reporting by Fox News reporter Chad Pergram.

"Everything is political. But, at the end of the day, if you are one of their constituents, doesn't this frustrate you?" Huntsman continued. "There is no substance here."

Huntsman's remarks appeared to resonate with McCain, who then declared, "I hate political stunts across the board, in general. I think we elect people in order to serve in Congress."

"We elect you to get your freaking job done one way or the other," she continued. "And when you are sitting on a sit-in for 26 hours, or you're doing what Republicans did yesterday, it's the reason why Congress has a 13 percent approval rating."

"By the way, Matt Gaetz, when did you become a TV star or wannabe a TV star?" she asked. "You want to do that? Get the hell out of Congress! Get a TV job! But you're probably not interesting enough to do it."

It was a rare moment of agreement between McCain and Behar, who said earlier of Republicans, "I think they're scared because — you know, because Trump said that any never-Trumpers are considered 'scum.'"

"So they don't want to be labeled as 'scum' in his eyes, and they're afraid of getting thrown out of their job," Behar continued. "And it's just based on pure — you know, fear. Just fear and cowardice in my opinion."

Co-host Sunny Hostin, a former federal prosecutor, said the political gambit revealed that the president was "afraid" as House Democrats press forward with their impeachment inquiry.

"He's running scared, and he's trying to gin up support," she added. "In the law, we often say if you can't attack the law, you attack the process. That's what you're hearing . . . This is nothing but political theater . . . but it felt a lot like witness intimidation to me."

In recent days, Trump has been calling on congressional Republicans to "get tougher and fight," signaling he may be growing concerned about the possibility that members of his own party will break with him and join the Democrats' impeachment effort.

In a post shared to Twitter and pinned to his profile Wednesday, Trump wrote, "The Never Trumper Republicans, though on respirators with not many left, are in certain ways worse and more dangerous for our Country than the Do Nothing Democrats. Watch out for them, they are human scum!"

The president went on to accuse his top envoy to Ukraine, William Taylor, a key figure in the impeachment inquiry, of being a "Never Trumper Diplomat," and noted that it would be "really great" if his administration "could stop hiring Never Trumpers," because "nothing good will ever come from them!"