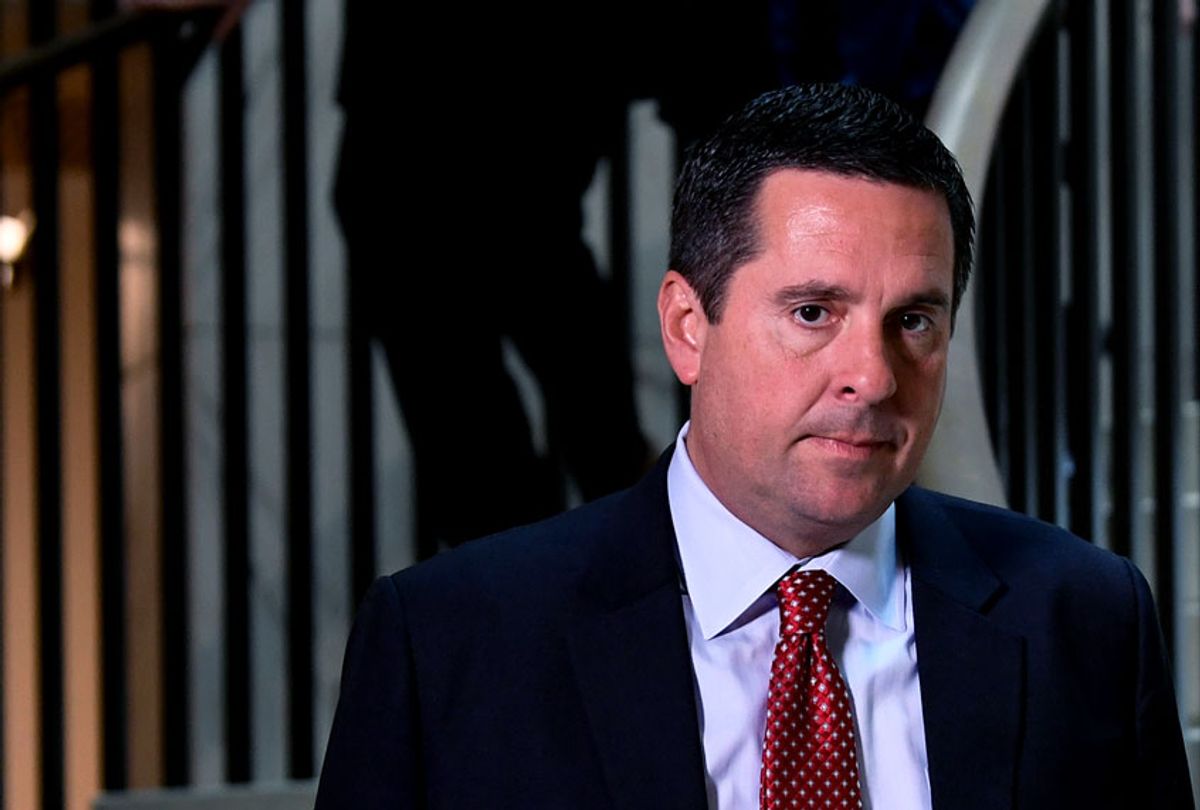 A top aide to Rep. Devin Nunes, R-Calif., leaked documents identifying the Ukraine whistleblower’s name in an attempt to out him, The Daily Beast has reported.

Derek Harvey, a former adviser to President Trump who now works for Nunes on the House Intelligence Committee, handed notes to House Republicans identifying the whistleblower’s name ahead of closed-door depositions in the Trump impeachment inquiry in hopes of getting the name in the record of the proceedings, which Intelligence Committee chair Adam Schiff vowed to release, sources told The Daily Beast.

The allegation follows a Saturday Washington Post report that Republican lawmakers and aides have “repeatedly” used the whistleblower’s purported name during the secret depositions. The Post reported that Harvey was “passing notes the entire time” one former Trump official was being questioned, suggesting that he was feeding Republicans questions.

Mark Zaid, an attorney for the whistleblower, warned that exposing his client’s identity would put him and his family at risk.

“Exposing the identity of the whistleblower and attacking our client would do nothing to undercut the validity of the complaint’s allegations,” Zaid told The Daily Beast. “What it would do, however, is put that individual and their family at risk of harm. Perhaps more important, it would deter future whistleblowers from coming forward in subsequent administrations, Democratic or Republican.”

Far-right news outlets like OANN and the Gateway Pundit have identified an official they claim to be the whistleblower.

The whistleblower’s account has long since been corroborated by witnesses from Trump’s administration.

Harvey has also spread a false story claiming that the whistleblower contacted a Democratic staffer on the Intelligence Committee before submitting his complaint about Trump’s July 25 phone call with Ukrainian President Volodymyr Zelensky and the subsequent cover-up. Harvey was apparently attempting to “discredit” the whistleblower as a partisan, a source told The Daily Beast.

Democrats grew so “alarmed” at Republican lawmakers’ “eagerness” to go after the Democratic staffer in question that they reached out to Republican leaders about the matter.

“We are aware of these unsupported and false attacks on a respected member of our staff,” a senior Intelligence Committee official told The Daily Beast. “It is completely inappropriate, and we have previously urged the Republican leadership to address this situation.”

This isn’t the first time Harvey has passed similar information to conservatives. Harvey compiled a set of documents that contained a list of State Department officials he suspected of being disloyal to Trump, The Daily Beast reported in March. Harvey previously worked at the White House as a member of the National Security Council, where he was hired by former national security adviser Mike Flynn during the latter's brief tenure. Harvey was later fired by Flynn's successor, H.R. McMaster.

Harvey is not the only Nunes associate doing the White House’s dirty work. Politico reported that Kash Patel, a former Nunes staffer who now works on the National Security Council, fed Trump damaging information about Ukraine. Patel got his White House position after leading Nunes’ effort to discredit the FBI investigation into the Trump campaign’s ties to Russia.

Nunes himself has been using his time at the closed-door depositions trying to defend Trump by repeatedly citing the Steele dossier, The Daily Beast reported earlier this month. The dossier is at the heart of the Republican conspiracy theory that operatives of the "deep state" had conspired to stop Trump in 2016. It was completely irrelevant to the topics discussed at the depositions, sources told the outlet, describing Nunes’ questioning as “nutso.”

On Monday, Nunes appeared on Tucker Carlson’s Fox News prime-time show to declare the impeachment inquiry, which has uncovered damning revelations from members of Trump’s administration, the “Ukraine hoax.”

Despite near-daily revelations from Trump staffers, Nunes claimed that the “hoax” is based on “conspiracy theories” and bragged that he won’t discuss them with reporters.

“These aren’t real reporters. They are assassins,” Nunes said. “They are assassins that are taking information from the Democrats on the Intelligence Committee and they are spreading it out there.”

Schiff, who replaced Nunes as chairman of the Intelligence Committee after Democrats won a House majority last year, hit out at Republicans for ignoring the mounting evidence against Trump and for their criticisms of the investigation.

“It will be said of House Republicans,” Schiff tweeted, “When they found they lacked the courage to confront the most dangerous and unethical president in American history, they consoled themselves by attacking those who did.”