The vote, 232-196, marked the first time the entire House of Representatives went on the record about the inquiry 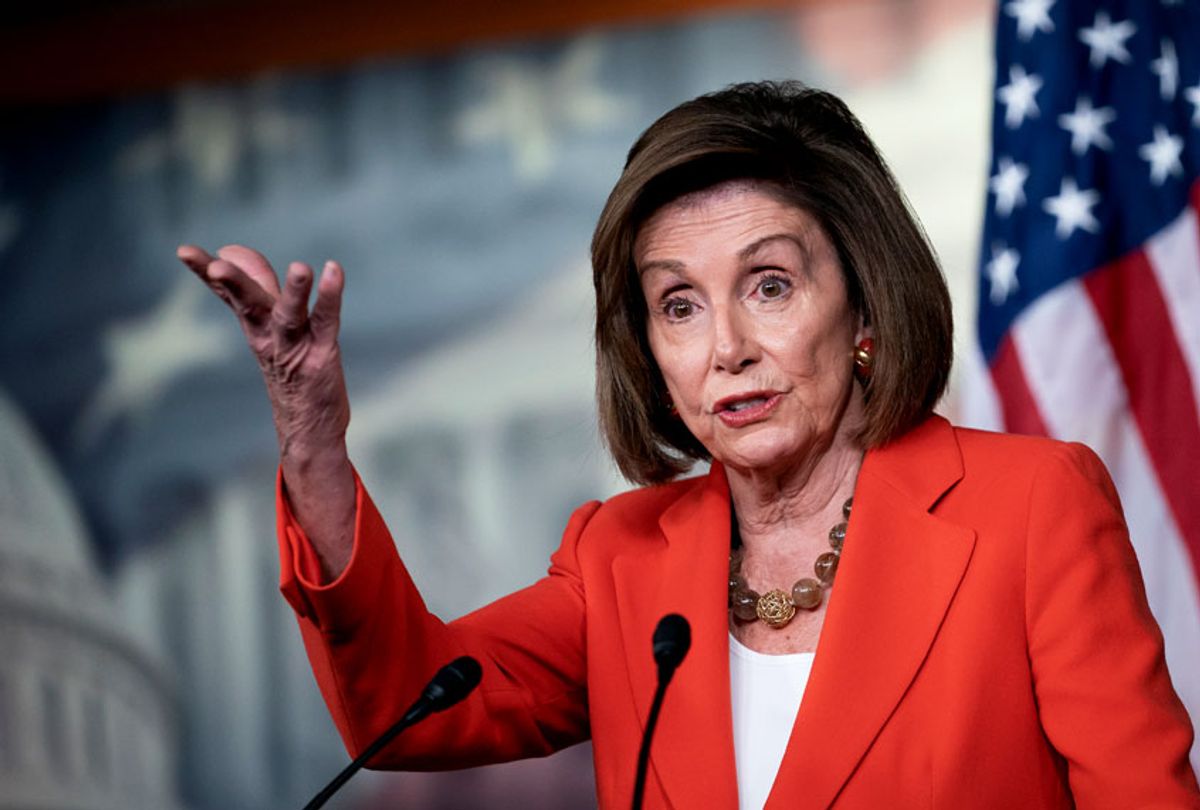 The House of Representatives voted Thursday to formalize the impeachment inquiry against President Donald Trump, approving a resolution setting the rules for the next phase of its investigation.

The pivotal vote, 232-196, passed along party lines. It marked the first time the entire lower chamber was asked to go on the record about the inquiry since it was first launched last month. While not one single House Republican voted in support of the measure, two House Democrats voted against it: Reps. Collin Peterson of Minnesota and Jeff Van Drew of New Jersey.

Rep. Justin Amash, the Michigan libertarian who in July left the Republican Party to become an independent, voted to approve the resolution. Earlier this year, Amash became the first Republican lawmaker to say Trump "engaged in impeachable conduct."

Moments after the House passed the resolution, Trump tweeted, "The Greatest Witch Hunt In American History!"

His tweet was followed by a statement from White House press secretary Stephanie Grisham, who accused House Speaker Nancy Pelosi, D-Calif., and Democrats of having an "unhinged obsession" with an "illegitimate" inquiry. She called the Democrats process "unfair, unconstitual and fundamentally un-American."

"The president has done nothing wrong, and the Democrats know it," Grisham said. "The Democrats are choosing every day to waste time on a sham impeachment — a blatantly partisan attempt to destroy the president."

It called for public hearings and established their general format. It specifically permitted staff counsels to question witnesses for periods of up to 45 minutes per side — both Democrats and Republicans. The measure also gave the "minority the same rights to question witnesses that the majority has, as has been true at every step of the inquiry," Democrats said in a fact sheet about the measure.

For weeks, Trump and Republicans had decried the inquiry as illegitimate by attacking the process. Earlier this month, the White House insisted in a sharply-worded letter affirming that the administration would not cooperate with the probe until the House formally voted to open an inquiry, though neither the Constitution nor House rules require such a vote.

Lawmakers have also complained that Democrats have not released transcripts of the closed-door depositions held in the impeachment inquiry thus far. The resolution authorizes the Intelligence Committee to make those transcripts public with appropriate redactions.

"This is the United States of America. Don't run a sham process, a tainted process," House Minority Whip Steve Scalise, R-La., said on the House floor ahead of Wednesday's vote.

"This is not what we should be doing," Scalise added, as someone next to him held up a poster that read "37 days of Soviet-style impeachment proceedings."

"For 37 days and counting, they have run an unprecedented, undemocratic and unfair investigation," he said. "This impeachment is not only an attempt to undo the last election — it's an attempt to influence the next one, as well."

Pelosi, meanwhile, pushed back on criticism from Republicans.

"The facts are what they are. They can try to misrepresent, but the fact is: This is a process that is expanded opportunity for them to show anything that is exculpatory to prove the innocent of the president," she said. "These rules are fairer than anything that have gone before in terms of an impeachment."

"I don't know why the Republicans are afraid of the truth," she added. "Every member should support the American people hearing the facts for themselves."

The resolution allows the president or his counsel to participate in impeachment proceedings held by the House Judiciary Committee, which has the authority to report articles of impeachment against the president to the full House.

If the president "unlawfully refuses to cooperate" with congressional requests, the chairman of the Judiciary panel "shall have the discretion to impose appropriate remedies, including by denying specific requests by the president or his counsel."

The measure also instructs "certain committees to continue their ongoing investigations as part of the existing House of Representatives inquiry into whether sufficient grounds exist for the House of Representatives to exercise its Constitutional power to impeach Donald John Trump, president of the United States of America and for other purposes."

It resolved for "the Permanent Select Committee on Intelligence and the Committees on Financial Services, Foreign Affairs, the Judiciary, Oversight and Reform and Ways and Means are directed to continue their ongoing investigations as part of the existing House of Representatives inquiry into whether sufficient grounds exist" to impeach Trump.

As lawmakers prepared to vote on the resolution, Trump sought to link the inquiry to the stock market. He tweeted, "The Impeachment Hoax is hurting our Stock Market. The Do Nothing Democrats don't care!"