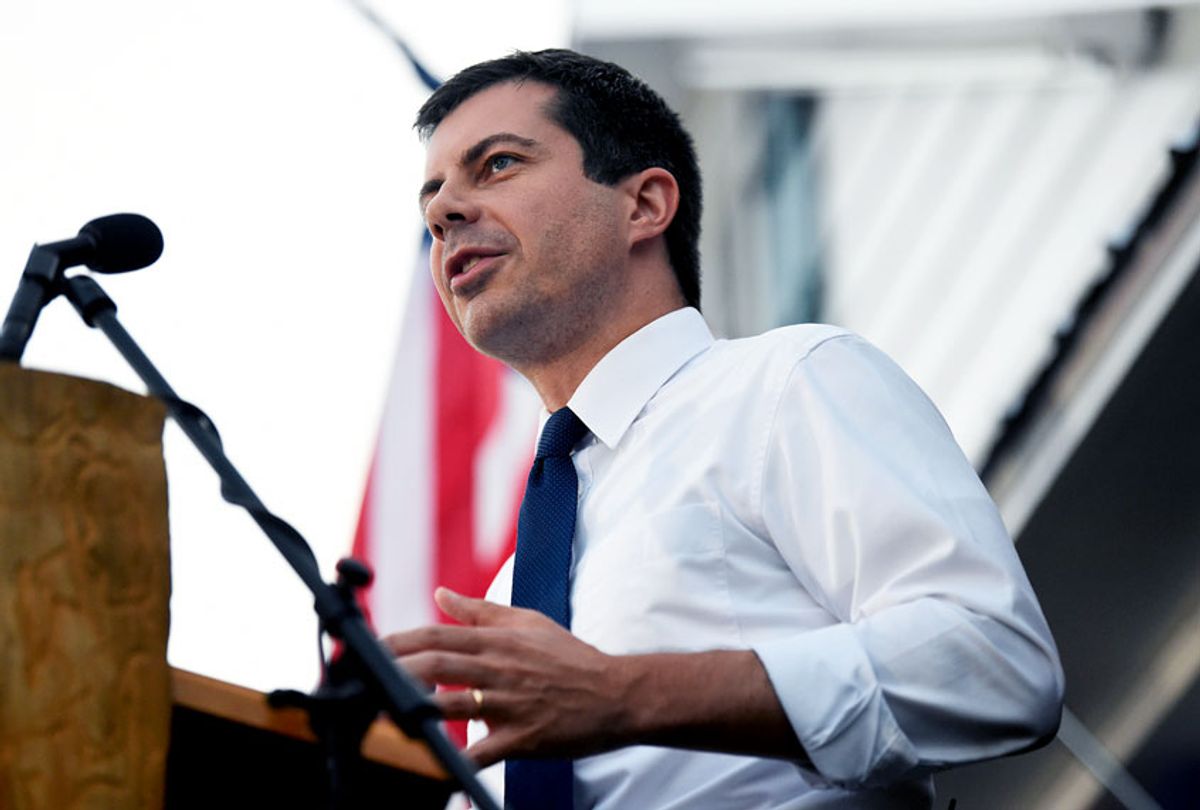 Pete Buttigieg — the Indiana mayor who has emerged as one of the top candidates vying for the Democratic presidential nomination in the 2020 election — released a plan Saturday morning which promised to create “a new era of inclusion for people with disabilities.”

After describing the “physical and invisible obstacles” faced by citizens people with disabilities in the U.S., the Buttigieg campaign called for the elimination of the sub-minimum wage for disabled individuals; the establishing of a national network of apprenticeships and an “Internships for All” program that would help disabled individuals in the workplace; an end to the “benefit cliff” for Social Security disability insurance; and a number of measures to protect disabled students.

Some of those student protection measures distinguish Buttigieg’s proposals from those of other candidates, according to Marisol Samayoa, a spokesperson for the Buttigieg campaign. Samayoa said the plan was developed in consultation with the University of New Hampshire Institute on Disability, the Center Accessible Technology in Berkeley and Paralympian Anjali Forber-Pratt, a prominent advocate of disability rights.

The unique aspects of Buttigieg’s plan include setting a goal of getting 85 percent of students with intellectual and multiple disabilities in a general education classroom for 80 percent or more of the day by 2025. He would also end corporal punishment, restraint and seclusion in schools due to the manner in which those practices disproportionately target disabled students.

The Buttigieg campaign also says it differentiates itself from others by calling for the doubling of labor force participation for disabled individuals by 2030, the 40th anniversary of the Americans with Disabilities Act (ADA). It also promises to reform the voting process to an effort to ensure that disabled individuals have the same ease of access to voting as the general public. The campaign additionally promises to prohibit the practice of denying parents with disabilities custody of their children or adoption rights based on the fact that they have a disability.

“Since decades-old programs were designed to further disable people with disabilities and keep them on the margins, Pete knows that we need both a massive shift in federal policies and a more inclusive and welcoming society,” the Buttigieg campaign said in a statement which also praised famous Americans who were disabled, including abolitionist and women’s suffragist Harriet Tubman (who had a traumatic brain injury and a seizure disorder), President Abraham Lincoln (who suffered from depression) and musician Stevie Wonder (who is blind).

Buttigieg publicly declared neurodiversity to be a goal of his campaign last month, acknowledging that the increase in autism diagnoses was due to more people coming “out of the shadows.” In an interview with the progressive organization Supermajority, Buttigieg said that “there are so many contributions that . . . kids and adults with autism can make, but we’ve got to unlock their potential, too.” He also discussed his husband Chasten’s experiences teaching theater to autistic students, saying that it showed him “just what is possible if you have teachers equipped with the right insight and expertise.”

Buttigieg has not been alone among the Democratic candidates in bringing up disability rights. The campaign of former Rep. Beto O’Rourke, who dropped out of the race Friday, told Salon last month that it opposed blaming mass shootings on mental illness over insufficient gun control laws.

“All countries have citizens with mental illness, but only America has more guns than human beings — 390 million firearms in a country of 329 million people — which takes the lives of 40,000 people annually,” the O’Rourke campaign said. “Access to guns — not mental health — is the cause of this epidemic.”