Lessons of Beto O'Rourke and "Joker": Mental illness is not the cause of gun violence 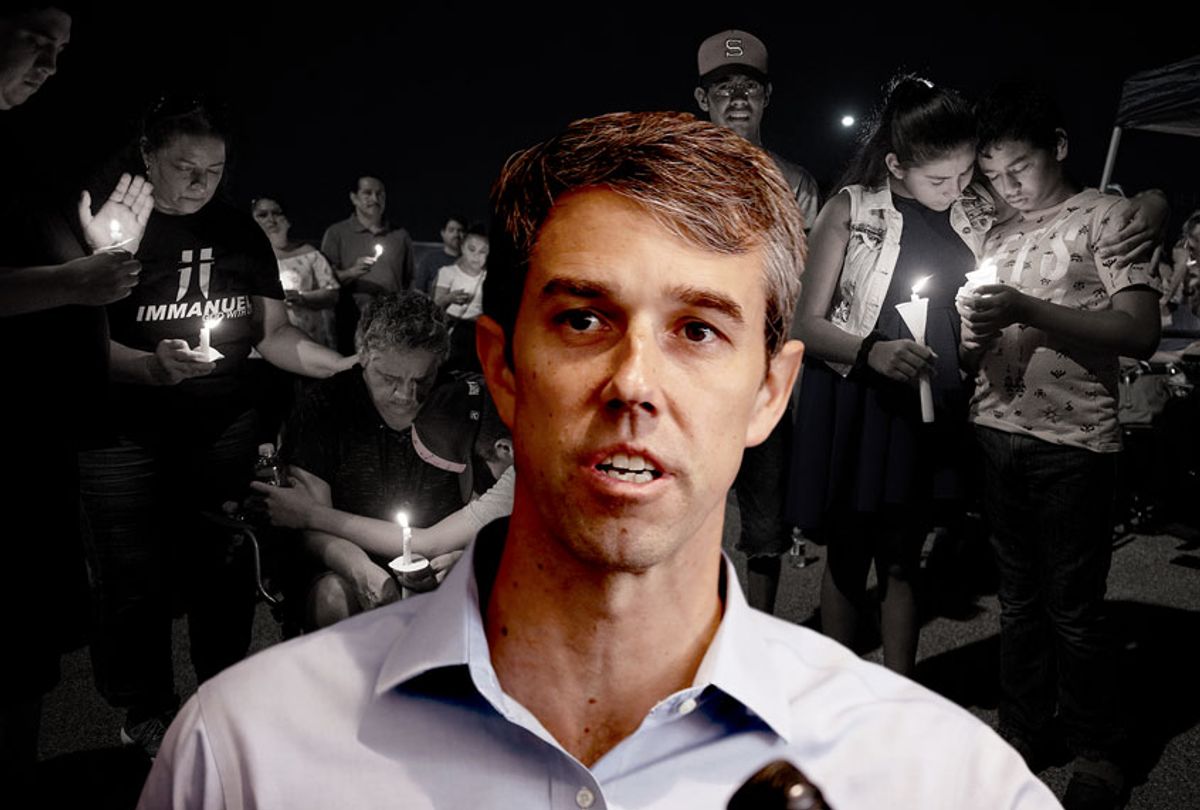 Both points became evident in a single scene that perfectly captures both the movie’s ambiguous views on mental illness and those of American society overall. Arthur Fleck (Joaquin Phoenix) is a party clown who has just been assaulted by a gang and is commiserating with one of his co-workers, who offers him a gun. Fleck is initially horrified by the idea: He is mentally ill and legally isn’t permitted to own a firearm. Eventually he agrees to accept the weapon, an act that single-handedly turns him toward the path of violence and thereby sets the plot in motion.

One could write an entire article deconstructing “Joker’s” sometimes sympathetic and insightful, sometimes derogatory depiction of mental illness. (My full review can be read here.) Yet the more troubling subtext of this scene is that it never questions the idea that people who are mentally ill should be treated differently when it comes to guns. It is the weapon that allows Arthur’s innate capacity for violence to be realized — a capacity the movie explicitly links to his mental illness, as well as society’s mistreatment of him.

In other words, a viewer could easily watch “Joker” and walk away with the same conclusion proclaimed by President Trump in August after mass shootings in Texas and Ohio left 31 people dead: “Mental illness and hatred pull the trigger, not the gun.”

There are two problems with that assumption, one that long precedes either “Joker” or the recent wave of mass shootings. It perpetuates the sinister myth that people with mental illness are more likely to be violent than others, which scientific research has shown to be demonstrably false: A 2008 study by Marie E. Rueve and Randon S. Welton found that “most patients with stable mental illness do not present an increased risk of violence.” It later added that “mental illness may increase the likelihood of committing violence in some individuals, but only a small part of the violence in society can be ascribed to mental health patients.”

Indeed, mental illness not only doesn’t render you more prone to violence, it makes you more likely to be a victim of it. “Patients with severe mental illness constitute a high-risk group vulnerable to fall victims to violence in the community,” wrote Mohit Varshney and a group of scholarly co-authors in a study for the Journal of Epidemiology & Community Health in 2016. “Symptoms associated with severe mental illness, such as impaired reality testing, disorganised thought processes, impulsivity and poor planning and problem solving, can compromise one's ability to perceive risks and protect oneself and make them vulnerable to physical assault.”

More recently I reached out to the presidential campaign of Beto O’Rourke, the former Texas congressman who responded to the August mass shooting in his hometown of El Paso in unusually forceful fashion: Instead of finding a socially acceptable scapegoat, O’Rourke began calling for mandatory buybacks of assault-style weapons. Rather than offer lame half-measures to curb the problem of gun violence in America, he has bluntly told voters, “We’re going to take your AR-15, your AK-47. We’re not going to allow it to be used against a fellow American anymore.”

“All countries have citizens with mental illness, but only America has more guns than human beings — 390 million firearms in a country of 329 million people — which takes the lives of 40,000 people annually,” the O’Rourke campaign told Salon by email. “Access to guns — not mental health — is the cause of this epidemic.”

According to the campaign, O’Rourke supports an ambitious program to get the most dangerous weapons off our streets, including “universal background checks, red flag laws, an assault weapons ban, and a mandatory buyback of the assault weapons already in our communities.” Measures like these have worked in other countries, and are only verboten in the United States because the NRA began spreading misinformation about the purpose and meaning of the Second Amendment in the 1970s. (I explore the true history of the Second Amendment in greater detail here.)

When it comes to background checks, the campaign emphasized that “Beto believes that all people should be required to go through a background check before acquiring a firearm. People with a history of mental health issues should not be singled out or discriminated against during this process.”

The problem, of course, is that we live in a culture where it is fashionable to stigmatize the mentally ill and fetishize guns. Even a film like “Joker” that ostensibly aligns itself with people with mental illnesses — it contains one quote, “The worst part about having a mental illness is people expect you to behave as if you don't,” that I’ve seen spread like wildfire online, and rightly so — lacks the courage to resist the notion that mental illness makes you more prone to criminal violence, or to call out easy access to guns as the No. 1 factor. Pointing the finger of blame at a vulnerable group in the name of stopping violence still falls within the boundaries of acceptable discourse, while banning products that have no other purpose besides killing other human beings does not.

I do not come to these observations as a neutral party. As a person on the autism spectrum (more on that here), I have experienced considerable rejection and abuse both as a child and adult. Like Arthur Fleck, I can’t help but wonder whether the depression, anxiety and other mental health conditions I have experienced are organic to my being or the result of the widespread mistreatment I endured because I was psychologically different. Like Arthur, I understand having to pretend that I’m not mentally ill so that the "normies" — many of whom are directly responsible for my past, present and future plight — won’t feel uncomfortable.

Yet I have never been violent. I have no tendencies toward violence. The conversation about how society should “treat” mental illness has virtually nothing to do with the conversation about how to stop gun violence. If you want to help the mentally ill, support government programs that assist them (one of the laudable details in “Joker” is the way it addresses the effects of institutional indifference and budget cuts on mental health) and show some personal empathy, rather than hostility, toward those who are atypical. If you want to stop gun violence, support policies like those advocated by Beto O’Rourke, which would save countless lives.

Talk of mental illness has no place in our national conversation about gun violence. Until and unless we admit that, we’re no better than the gang that bullies Arthur Fleck in that pivotal opening scene from “Joker.”