Unbreathable air and power outages are driving a Californian exodus

Once renowned for its high quality of life, compounding miseries have changed the calculus of Cali living 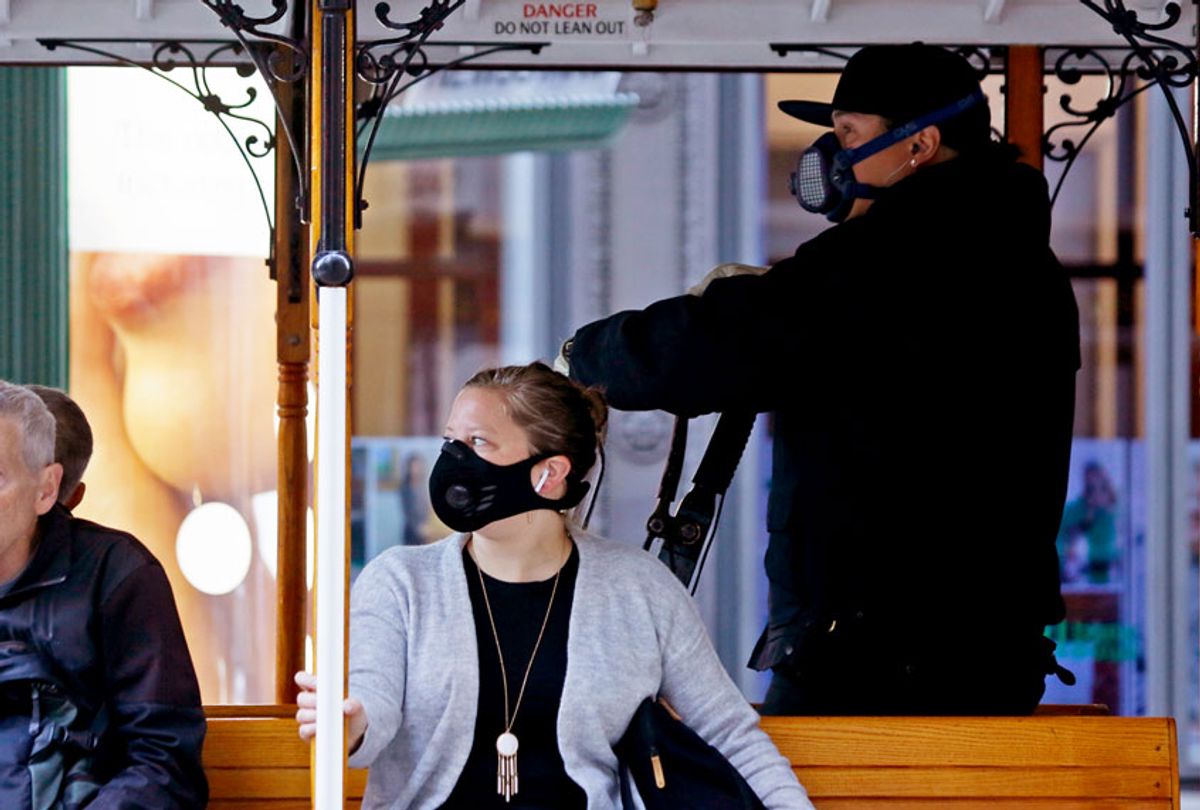 It used to be that the month of October was one of the most pleasant times to live in California. While much of the country descends into frosty temperatures, California enjoys an extended summer that extends well into October. Yes, there have always been wildfires in the autumn in California, but they were less frequent, less intense.

Until the last few years, that is. In 2017 and 2018 alike, front-page photos of San Franciscans donning respirators as they walked through a bleak, ash-choked Victorian city dotted the pages of international and national outlets.

This October was a breaking point for many Californians, as the quality of life disasters compounded: Mandated power outages. Intense wildfires burning homes and businesses. Smoke waves that followed, making the air unbreathable. For many, the California Dream has turned into a nightmare.

There have been plenty of think pieces this week asking if California is unlivable now. Many writers and journalists who live in California (myself included) are wondering if these disasters — coupled with the housing crisis and cost of living — constitute a tipping point.

“California, as it’s currently designed, will not survive the coming climate,” former Salon writer Farhad Manjoo wrote for The New York Times. “Either we alter how we live here, or many of us won’t live here anymore.”

Bill McKibben, the founder of 350.org, noted in The Guardian that “in the last decade, [California] has endured the deepest droughts ever measured, dry spells so intense that more than a hundred million trees died.”

The commentary is far from hyperbole. In the Bay Area, it is the third October in a row in which people had to pull their masks to leave the house; symbolically a couple who got married in Wine Country were photographed with their masks on, a photo that went viral. Smoke in October is the new normal. Researchers believe these smoke waves “are likely to be longer, more intense, and more frequent under climate change, which raises health, ecological, and economic concerns.” The same prediction goes for wildfires. Research shows wildfires have intensified over the last 50 years, and in the past decade the state has seen some of the largest and most destructive fires to date. Warmer days have increased by 2.5 degrees since the early 1970s, too. "The clearest link between California wildfire and anthropogenic climate change thus far has been via warming-driven increases in atmospheric aridity, which works to dry fuels and promote summer forest fire," a report published in Earth Future stated.

So, yes, these past three falls might be the new normal. And that is why many people are considering leaving the state.

Stacey Hagen, a consultant living in Novato, California, was one of the over half a million PG&E customers who had her power shut off this month, the result of years of neglect from a supposedly regulated power monopoly that consistently chose enriching itself over investing in maintenance. Even though Hagen was without electricity for 48 hours, she considers herself “lucky.” "Some in this area had it out for five days,” she told Salon.

“We thought we prepared — we got nonperishable food, bottled water, flashlights, but we weren’t prepared for it to be out for the full 48 hours,” she said. “We are not looking into buying a generator.”

Hagen moved to California for college in 1996, and has lived here ever since. She has lived in Sacramento, San Francisco, and Marin. While California hasn’t been perfect, she said she has tolerated parts that many do — like the higher cost of living — because of California's notorious quality of life. “There is a lot to do in the Bay Area, and in San Francisco, you can go to Tahoe, you’re never bored, you’re close to culture, art, and music which is great,” she said. “I’ve loved California ever since I came here and I never wanted to leave.”

Yet the power outages and the reality that this might be the new normal has made her think twice about a future in California.

Gwyneth Stokes Riebl left the Bay Area last winter before Christmas partly because of intensifying climate events, too. She grew up in Boston, but went to college in Los Angeles. After college, she got a job in Zurich. In 2017, her husband got a job in the Bay Area. Riebl and her family moved to Danville, and were affected by the smoke during intense North Bay Fires.

“I had a real fear that if there was a fire that we were just right on the edge," Riebl told Salon. "We could be the first ones to evacuate, and when it is so smoky there is no way of knowing there is a fire.”

Riebl said after living in Switzerland, she was struck by the cultural differences when it comes to adapting to climate change. California’s green efforts are progressive by American standards, but Switzerland's are far more aggressive. There were other reasons why Riebl and her family moved back to Switzerland. With two kids, school safety was an issue, too.

Climate change, the cost of living, and the price of land is affecting more rural Californians, too. Rose Marie Burroughs of California Cloverleaf Farms told Salon her family expanded their dairy farm and decided to run their beef cattle farm in Oregon partly due to California’s warming climate, but also because of rising land prices, and the cost to maintain their farms.

“California is becoming more difficult for farmers and the future doesn’t look very bright for the farming industry," Burroughs told Salon. "I would say that the discussion around water is going to make it more difficult to actually stay in California,” she said, adding that the wildfires and smoke waves don’t help either. “If you have a bad fire, and have ash that is carried by the wind you can pretty much wipe out a civilization because you can ruin the crops, and the ability for animals to breathe and ruin the plants ability to grow if the air is grey."

Some might argue that it is impossible to escape climate change as long as you live on Earth. As we previously reported, estimates on cities threatened around the world by flooding due to sea levels rising are worse than previously thought — and the consequence might be irreversible.

"The level rise commitment is considerably greater than the surface warming component because ocean thermal explanation continues for centuries as surface heating continues to penetrate deeper into the ocean, and ice sheet collapse is a potential tipping point phenomenon, i.e. it is irreversible once it commences," Michael Mann, a distinguished professor of Atmospheric Science and Meteorology, told Salon via email.

"And we might be quite close to critical tipping point responses in the west Antarctic ice sheet and Greenland ice sheet," he added. "This is one of the reasons it is so important to try to stabilize warming below 2.7° [Fahrenheit] relative to the pre-industrial."

Despite the changing climate and intensifying wildfires, there are those who are committed to staying.

Laura Patch, a California resident who works for the Sierra Club, said her "big reason for staying [in California] is that our changing climate affects everywhere and everyone; there's not a place you can move to that won't have its own issues."

"I'd rather live in a state that is proactively trying to prevent it from getting worse," Patch said.