Brian Kilmeade lamented criticism of Nationals catcher Kurt Suzuki, saying "all he did was support the president" 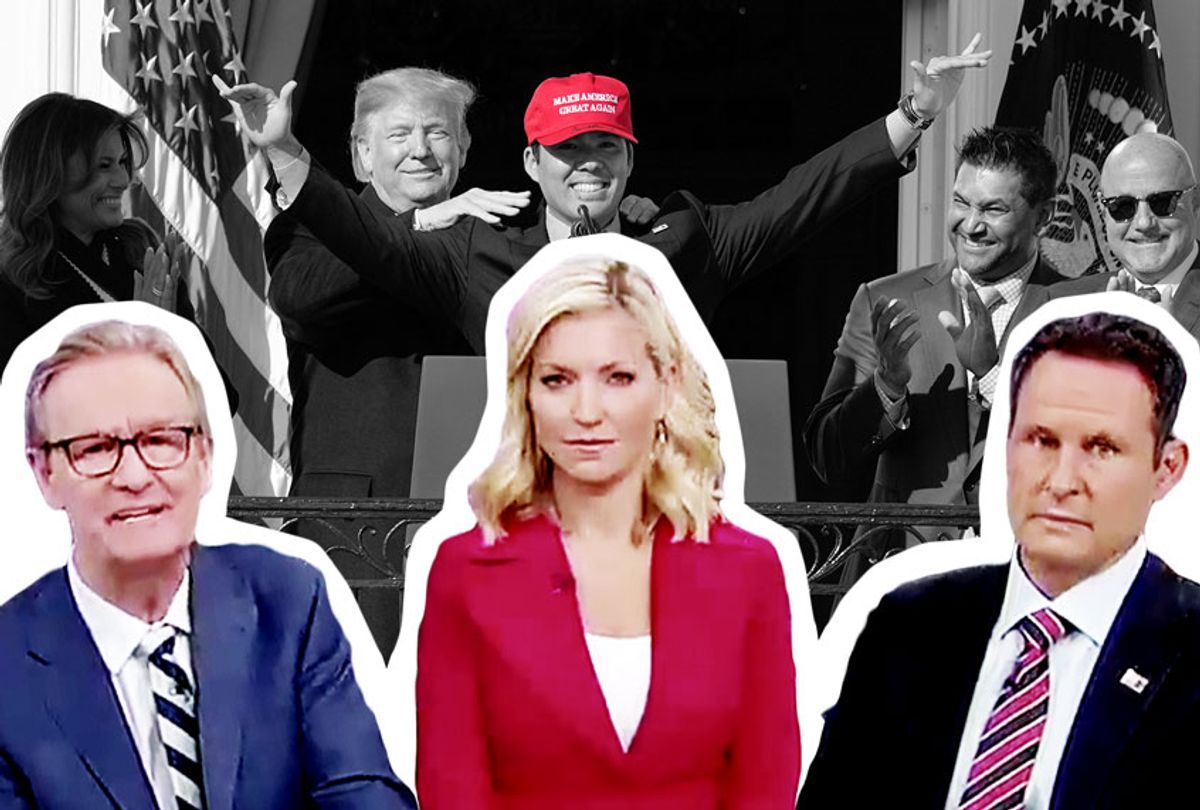 Co-host Ainsley Earhardt expressed a similar sentiment, claiming that she found it to be “amazing” that people hated Trump so much.

"You're hated if you walk up to that microphone, support him and put on that hat," she lamented.

The comments discussed by the co-hosts of President Donald Trump's favorite morning show included former CNN anchor Soledad O’Brien, who blasted Suzuki as “pathetic,” and New York Times contributor Wajahat Ali, who tweeted to Suzuki that “they will never love you. Enjoy the hug and the delusion.”

This is not the first time that Trump and the world of American sports have endured a high-profile clash. The president was booed last month when he attended Game 5 of the World Series, with members of the crowd chanting “Lock him up!” in reference to the president's habit of encouraging his own rally members to chant “Lock her up!” about his 2016 Democratic rival Hillary Clinton.

The president cancelled a visit to the White House from the Philadelphia Eagles last year after many of the Super Bowl winners refused to meet with him. When announcing his decision on Twitter, the president attempted to tie his decision to another of his favorite political foes: activist players who refuse to stand up during the National Anthem in protest of police violence of racial minorities.

“The Philadelphia Eagles Football Team was invited to the White House. Unfortunately, only a small number of players decided to come, and we canceled the event," Trump tweeted at the time. "Staying in the Locker Room for the playing of our National Anthem is as disrespectful to our country as kneeling. Sorry!”

In his official statement, Trump claimed that the players “disagree with their president, because he insists that they proudly stand for the National Anthem."

Trump also raised a ruckus about NFL players’ protests in 2018 when he tweeted that club owners should respond to protesters by “get[ting] that son of a b*tch off the field!” The NFL responded by announcing that it would fine clubs if its players appeared on the field and “do not stand and show respect for the flag and the anthem.”

The president later suggested that players who do not stand for the national anthem should also be deported.

You can watch the full "Fox & Friends" segment below: