A man has been killed over the Popeyes chicken sandwich

After one customer accused a man of cutting in line at a Maryland Popeyes, the interaction turned deadly 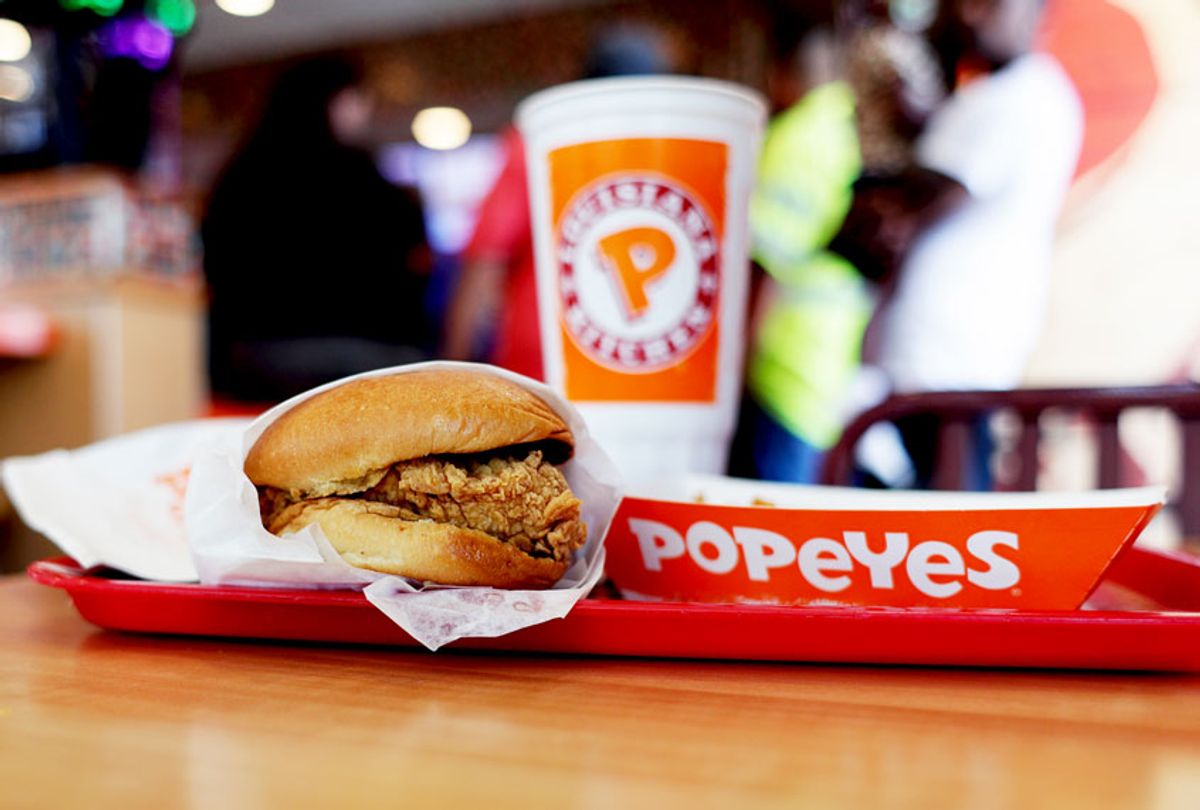 A man was stabbed to death outside of a Maryland Popeyes on Monday night after another customer accused him of cutting in line to receive one of the restaurant chain’s popular chicken sandwiches.

Prince George’s County Police said that the incident occurred at a Popeyes in Oxon Hill, according to a local Fox affiliate. Police said that one man was accused of cutting in line in front of another man, prompting the two to have a violent argument. The conflict spilled over to the area outside of the restaurant, where one of the men was stabbed and the other fled the scene. His victim was transported to a local hospital with multiple stab wounds, where he succumbed to his injuries roughly one hour later.

"We have been able to determine, preliminarily, that this is related to the release of the sandwich here at this restaurant . . . this individual was in line specifically for the sale of the sandwich when another customer and he got into an altercation and that ended with the victim being stabbed outside of the business," PGPD Director of Media Relations Jennifer Donelan told reporters late on Monday.

This is not the first incident in which violence has broken out at a Popeyes restaurant due to desire for their chicken sandwiches. In September, a group of armed customers swarmed into a Popeyes in Houston, Texas after it ran out of the chicken sandwiches. When police were called to the restaurant, employees explained that three men, two women, and a baby had been told at their drive-thru that they no longer had the sandwiches in stock. The five adults left their baby in the vehicle and attempted to storm into the restaurant while one of the men flaunted his gun. They were locked out and the group eventually fled in a blue SUV.

"It was more of an aggravated assault because he was displaying a weapon and threatened employees," Lt. Larry Crowson with Houston Police told ABC News 13.

Although Popeyes temporarily discontinued its chicken sandwich after they were sold out in August, the restaurant announced in October that it would resume selling them. In their new announcement, Popeyes made a point of focusing on how Chick-fil-A does not open their restaurants on Sundays for religious reasons, but Popeyes sandwiches are available all seven days of the week.

The competition between Popeyes and Chick-fil-A has become something of a cultural touchstone because of Chick-fil-A’s hateful views toward homosexuals. These include donations to anti-LGBT groups and causes including, according to Vox, “a $1.1 million gift to the Marriage & Family Foundation, a group that promoted so-called traditional marriage and opposed both gay marriage and divorce; $480,000 to the Fellowship of Christian Athletes, an athletic organization that requires applicants to agree to a 'sexual purity statement' that condemns LGBTQ people for living 'impure lifestyle[s]'; and $1,000 to Exodus International, a group that promotes anti-gay conversion therapy."