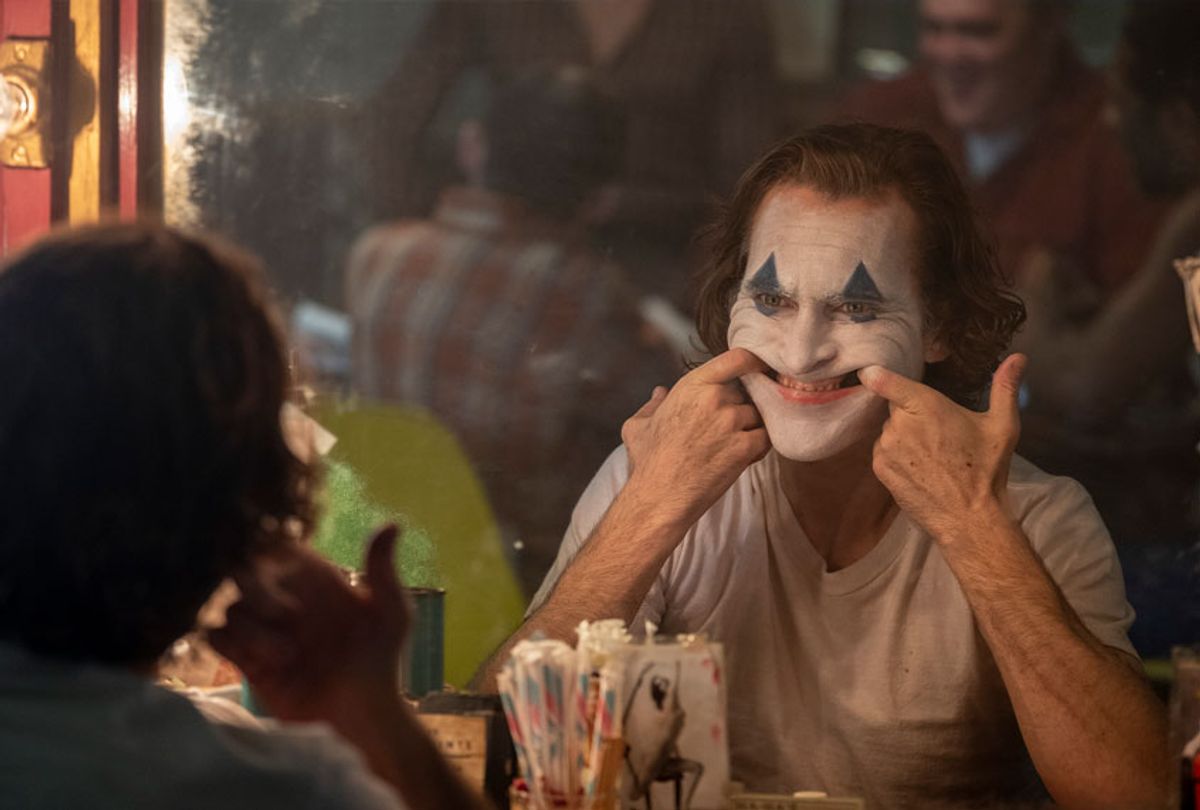 In an interview with the Los Angeles Times last week, Joaquin Phoenix discussed how he had tried to persuade “Joker” director Todd Phillips to make a sequel to the film.

“Long before the release or before we had any idea if it would be successful, we talked about sequels,” Phoenix explained. “In the second or third week of shooting, I was like, ‘Todd, can you start working on a sequel? There’s way too much to explore.’ It was kind of in jest — but not really.”

He later added, “I basically said, ‘You could take this character and put him in any movie.’ So I did a photo shoot with the on-set photographer and we made posters where I photoshopped Joker into 10 classic movies: ‘Rosemary’s Baby,’ ‘Raging Bull,’ ‘Yentl.’ If you see it, you’re like, ‘Yeah, I’d watch that movie.’ ‘Yentl’ with Joker? That would be amazing!”

Phoenix’s statement is particularly notable because he has never been in a sequel. As he explained to the Times, “I guess the fear was that you’d get locked into doing something repeatedly that you don’t really care about, that doesn’t motivate you or excite you. Part of the whole attraction to me [of ‘Joker’] was there was no expectation. I didn’t sign a deal to do [more movies]. It was a one-off.”

Director Todd Phillips left his usual wheelhouse when making a drama like “Joker,” given that he is best known for raunchy frat house comedies like “Old School” and “The Hangover” trilogy. There has been Oscar buzz for “Joker,” although no one has confirmed whether it will be submitted for any awards.

The movie — which has grossed $900 million at the box office to become the highest-grossing R-rated film of all time — has been a massive hit, so much so that a stairway in the Bronx where “Joker” dances has become a major tourist attraction. Given that it has a cult following and was extremely lucrative, the odds are strong that Warner Brothers will push to write a sequel. At the same time, the film polarized critics, with two of Salon’s own critics offering wildly different responses to the property.

This author’s review said, “Would I recommend the movie? If you want to see a memorably idiosyncratic Phoenix performance or are tickled by the idea of Robert De Niro in the Jerry Lewis character from "The King of Comedy," sure. If you enjoy Scorsese's style of filmmaking, yes — as long as you are willing to accept a lesser-grade substitute. If you want to see a fun comic book movie, absolutely not.”

Another Salon writer, Chauncey DeVega, disagreed with that assessment and wrote that “perhaps there is a little bit of the Joker in all of us who live under the cruel logic of neoliberalism and gangster capitalism. But to consider such a possibility is too unsettling and difficult for many people — including those who are reacting negatively to "Joker" and its damning indictment of the current order of things.”