"By the way, senator, guess what? No matter what you do for the rest of your life, that’s your moment when you die" 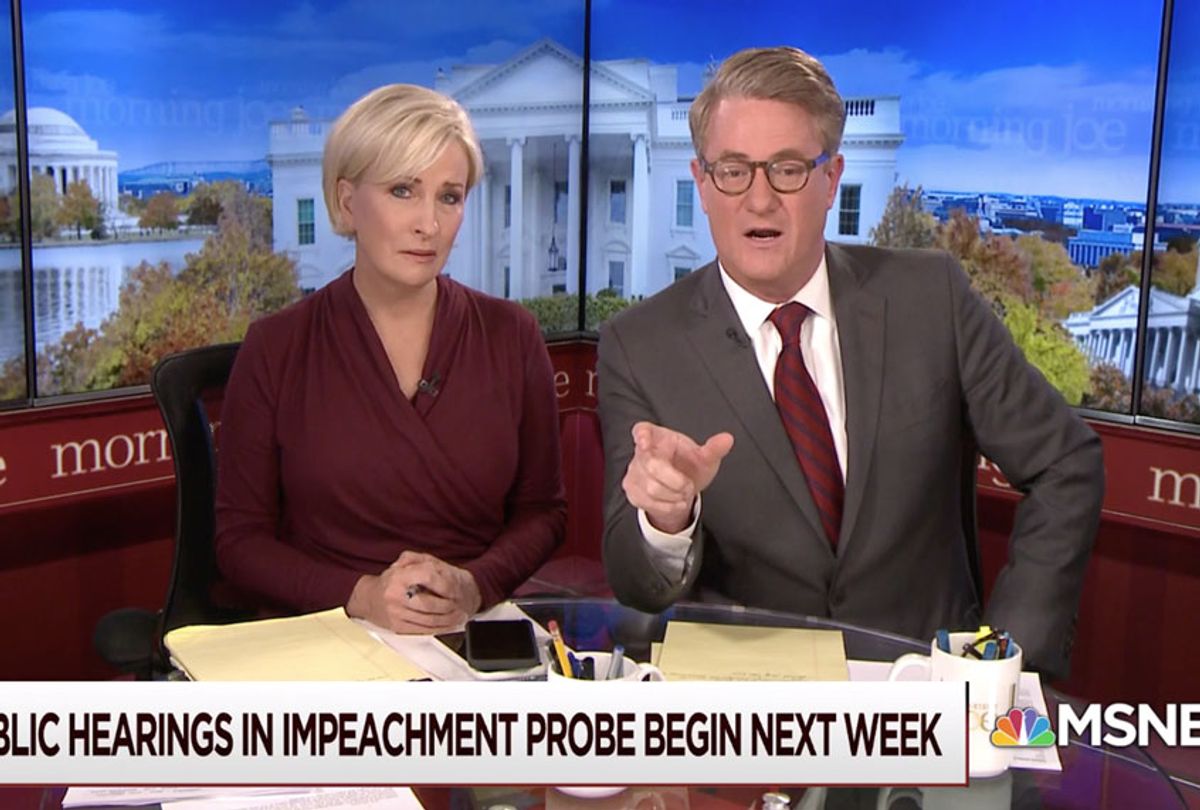 Sen. John Kennedy, R-La., was condemned by the "Morning Joe" panel after he accused Speaker of the House Nancy Pelosi, D-Calif., of being “dumb” while on stage at a rally for President Donald Trump.

"Speaker Nancy Pelosi is trying to impeach him,” Kennedy said, prompting boos from the crowd. “I don’t mean any disrespect, but it must suck to be that dumb.”

At that point, the crowd cheered.

MSNBC host Joe Scarborough, who represented Florida as a Republican in Congress, then expressed disgust Thursday over Kennedy’s comments.

“Yeah, he actually does mean disrespect, and he has degraded himself,” Scarborough said of Kennedy.

"By the way, senator, guess what? No matter what you do for the rest of your life, that’s your moment when you die," the "Morning Joe" host continued. "Your bio 30, 40 years from now, whenever it has ⁠— that’s your moment. Congratulations, you did it for a man who committed crimes.”

Pelosi was, in fact, initially opposed to impeaching Trump despite the urging of some members of her caucus. Although alleged attempts by the president to obstruct Robert Mueller’s probe into Russian interference in the 2016 election were outlined in the former special counsel’s report, Pelosi resisted calls for a formal impeachment inquiry until a whistleblower revealed an alleged quid pro quo with Ukraine.

“This is news,” Pelosi told the Washington Post earlier this year. “I’m going to give you some news right now, because I haven’t said this to any press person before. But since you asked, and I’ve been thinking about this: Impeachment is so divisive to the country that unless there’s something so compelling and overwhelming and bipartisan, I don’t think we should go down that path, because it divides the country. And he’s just not worth it.”

You can watch Kennedy's appearance at the Trump rally below via MSNBC: