Is "Joker" going to get a sequel? Director Todd Phillips finally weighs in

"Joker" has grossed roughly one billion dollars, making a sequel seem inevitable — but reports are conflicting 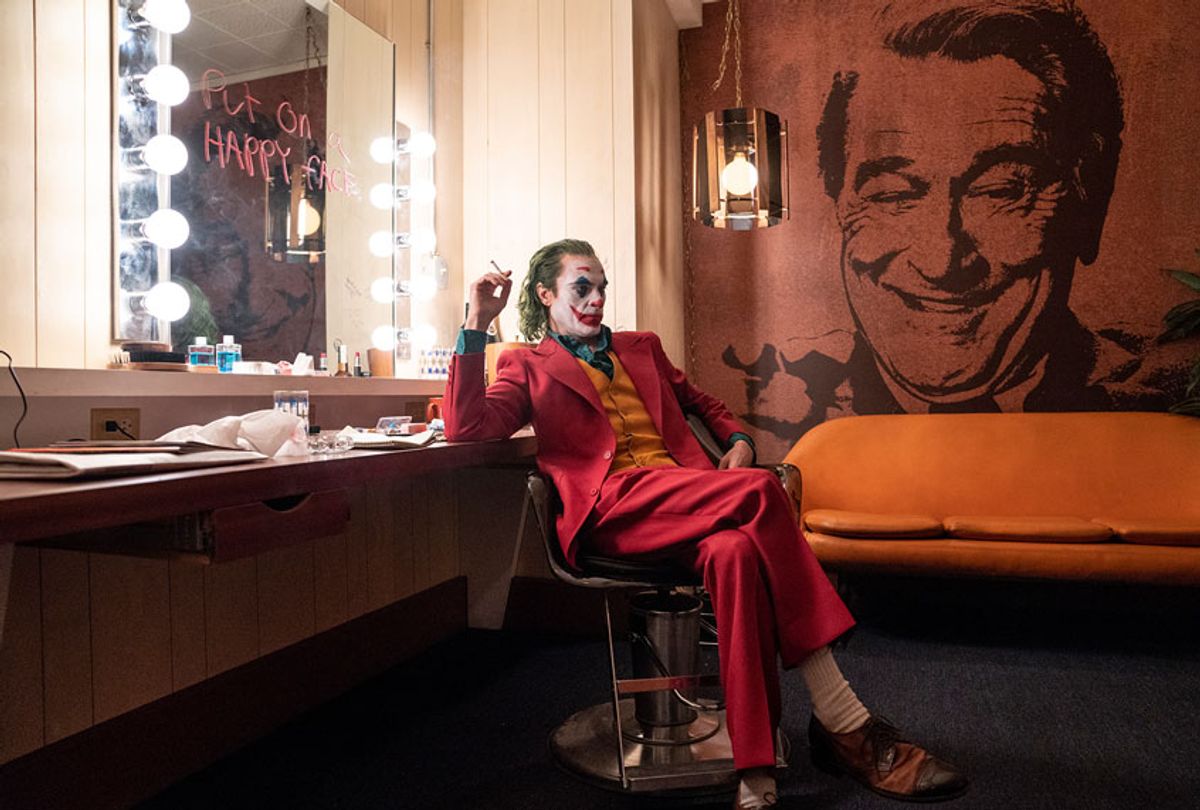 Is "Joker" going to get a sequel? Almost certainly yes, but director Todd Phillips revealed in a recent interview that some of the early reporting about that sequel is inaccurate.

"A movie doesn’t make a billion dollars and they don’t talk about a sequel," Phillips told IndieWire in an interview published on Thursday. He disputed a number of details in a story by The Hollywood Reporter, which claimed that Phillips went to the office of Warner Bros. Pictures Group chairman Toby Emmerich after "Joker" grossed $96.2 million in its opening weekend and suggested creating a series of DC characters' origin stories. Emmerich supposedly agreed to one additional origin story during that meeting and, after "Joker" continued its box office dominance, to a sequel for the hit film. For this alleged sequel, Phillips would then resume his directing duties and would again pen the script with co-writer Scott Silver, while Joaquin Phoenix would star because sequel options are already in place for him.

This story, however, was refuted by Deadline, which wrote that "at this point there are no deals for a sequel, nor even any negotiations with director Todd Phillips or his co-writer Scott Silver to craft one." Although Deadline's sources acknowledged that a sequel to "Joker" is an "obvious likely eventuality" given the film's tremendous box office success, the outlet claimed that nothing official has been set up yet, that the reported meeting between Phillips and Emmerich never happened, and that Phillips has not pushed to make origin stories for other DC characters.

Now with IndieWire's latest report, Phillips confirmed that the meeting had not happened, that much of The Hollywood Reporter's information about his work on a potential sequel was inaccurate and that — although he had pitched a "label" of superhero origin stories to Warner Bros. before making "Joker" — that idea had not been revisited since. And as of this time, "there’s not a contract" for a sequel, even if it's a foregone conclusion.

One person who has recently planted the seeds for the idea that a "Joker" sequel is impending is Phoenix himself. In an interview with the Los Angeles Times earlier this month, Phoenix discussed how "long before the release or before we had any idea if it would be successful, we talked about sequels. In the second or third week of shooting, I was like, ‘Todd, can you start working on a sequel? There’s way too much to explore.’ It was kind of in jest — but not really."

He later added, "I basically said, ‘You could take this character and put him in any movie.’ So I did a photo shoot with the on-set photographer and we made posters where I photoshopped Joker into 10 classic movies: ‘Rosemary’s Baby,’ ‘Raging Bull,’ ‘Yentl.’ If you see it, you’re like, ‘Yeah, I’d watch that movie.’ ‘Yentl’ with Joker? That would be amazing!"

"Joker" proved to be a controversial film even before it was released. The early trailers sparked concern that it was going to glorify the feelings of persecution and entitlement that inspire mass shootings, particularly among the misogynistic online subculture known as "incels" (men who feel entitled to sex with conventionally attractive women and say they are "involuntarily celibate" because they get rejected). Due to concerns about the movie provoking violence, "Joker" was pulled from the Century 16 theater in Aurora, Colorado where a mass shooting previously occurred during a screening of "The Dark Knight Rises."

Despite the controversy, the movie has also generated Oscar buzz. Earlier this month Vanity Fair broke down the film's Oscar chances, ranging from Joaquin Phoenix alone being recognized by the Academy and it also receiving a Best Picture nomination to it scooping up a number of nominations. In addition to "Joker" being a comic book film — a genre that typically does not do well among Oscar voters, although movies like "The Dark Knight," "Logan," and "Black Panther" have been exceptions to that rule — it also has what Vanity Fair described as "an entitled, largely male fan base" that some Oscar voters may not want to seem like they're appeasing. Either way, Warner Bros. has been promoting "Joker" in a number of Oscar categories, according to Showbiz Cheat Sheet.

In Salon's review for "Joker," this author wrote that he would recommend the movie "if you want to see a memorably idiosyncratic Phoenix performance or are tickled by the idea of Robert De Niro in the Jerry Lewis character from 'The King of Comedy,' sure. If you enjoy Scorsese's style of filmmaking, yes — as long as you are willing to accept a lesser-grade substitute. If you want to see a fun comic book movie, absolutely not."

"Joker" has so far grossed $1.022 billion worldwide, making it the highest grossing R-rated film of all time.