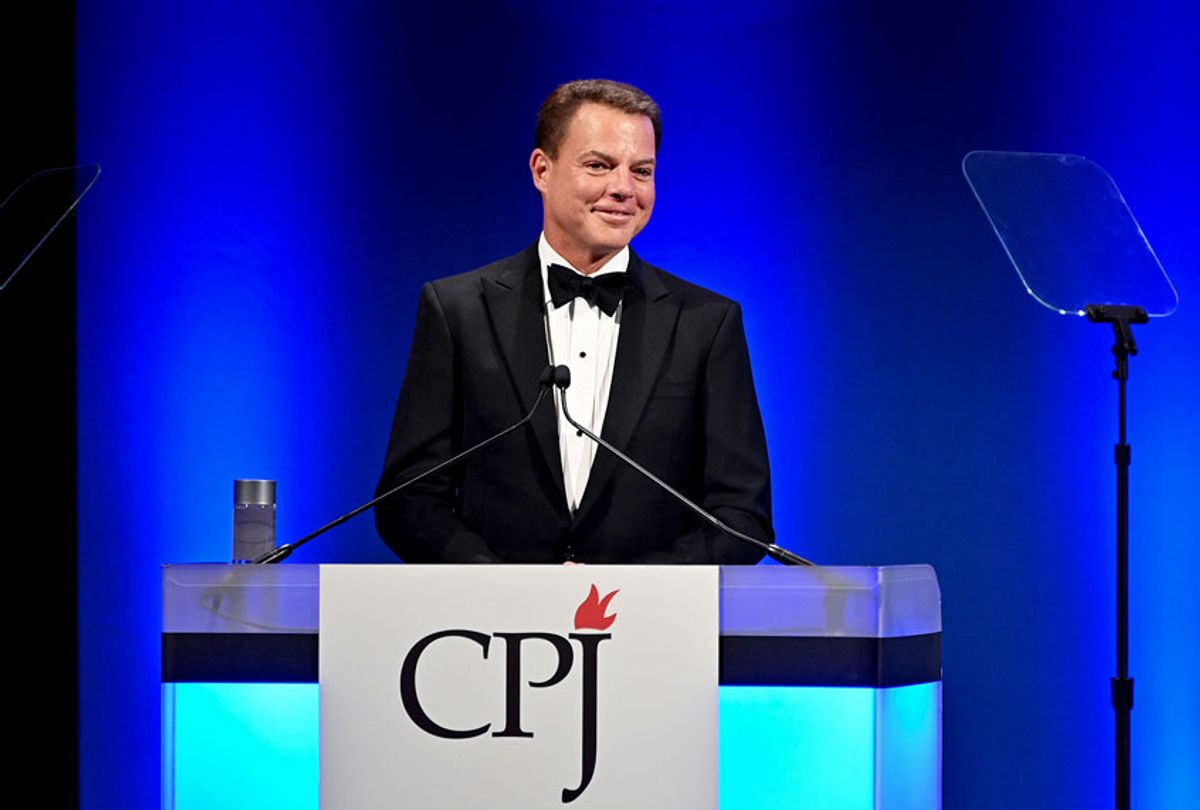 Shepard Smith, the longtime news anchor who abruptly resigned from Fox News last month, condemned governments for attempting to "censor and stifle" journalists and launched thinly-veiled attacks at President Donald Trump in his first public comments since leaving the network, where he was frequent target of the president's scorn.

"Intimidation and vilification of the press is now a global phenomenon," Smith said onstage Thursday at an event put on by the Committee to Protect Journalists. "We don't have to look far for evidence of that."

In the months before Smith's abrupt exit from the network, the 23-year Fox News veteran and vocal Trump critic was a regular target of the president, who frequently rails against "fake news" and calls journalists "enemies of the people." On Thursday, Smith never mentioned Trump by name, but he condemned those in power who use "online tools" to "dispatch troll armies after critical reporters."

Smith began his opening remarks at the event by describing a free press as "the underpinning of a democracy," adding that it "cannot be taken for granted." He argued the concentration of media ownership worldwide, directly by governments or "corporate cronies," has "narrowed the choice of independent news sources."

Then, there are issues with the internet and social media, he said.

"Our belief a decade ago that the online revolution would liberate us now seems a bit premature, doesn't it?" Smith said with a smile. "Autocrats have learned how to use those same online tools to shore up their power. They flood the world of information with garbage and lies masquerading as news. There's a phrase for that."

Though Smith spoke in broad terms, he is no stranger to being singled out on social media — he has even been on the receiving end of many of the president's online tirades. The news anchor, who had been with Fox News since it launched in 1996, was skeptical of the president and regularly fact-checked his comments on-air — a stark contrast on a network dominated by some of the president's most loyal defenders in the media.

Smith's skepticism of the president and his administration had repelled Trump, who has demanded unwavering loyalty and favorable news coverage from Fox News and its on-air personalities. Trump has sat for several interviews with the network's opinion hosts, including Laura Ingraham, Sean Hannity and Tucker Carlson, but never sat for an interview with Smith.

After Smith announced that his Oct. 11 broadcast would be his last, Trump wondered if the move was prompted by bad ratings.

"Is he leaving? Oh, that's a shame. . . . Is he leaving because of terrible ratings? If he's leaving, I assume he's leaving for bad ratings," Trump told reporters at the time. "Well, I wish him well."

Smith's recent tenure had been marked by controversy and criticism — not just from Trump, but from within the network itself. Tensions between the news and opinion sides of Fox News appeared to have contributed to his exit, The Washington Post reported earlier this year, noting Smith was in the middle of a long-term contract, making his resignation, and network's agreement to let him step down, highly unusual.

Smith also engaged in an on-air spat with Tucker Carlson, one of the network's most popular primetime hosts and an informal adviser to the president. He called Carlson "repugnant" for not defending Fox News legal analyst Andrew Napolitano when a guest on Carlson's program called Napolitano a "fool" for criticizing Trump's efforts to prompt the president of Ukraine to announce an investigation into former Vice President Joe Biden  — efforts that prompted a new phase in the investigations that have hung over the president throughout his White House tenure and have culminated in an impeachment inquiry.

Carlson fired back at Smith without naming him: "Unlike some dayside hosts, I'm not very partisan."

On Thursday, Smith, who reportedly signed on to host the event before he left Fox News, did not discuss his departure from the network. He urged journalists to come together to protect an independent press and announced plans near the end of the event to donate $500,000 of his own money to CPJ, citing the nonprofit's efforts to help free two Fox News reporters who were kidnapped in Gaza in 2006.

"We know that journalists are sometimes wary of being perceived as activists for some cause, but press freedom is not the preserve of one political group or one political party," Smith said. "It's a value embedded in our very foundational document. Journalists need to join hands to defend it."