Scarlett Johansson doubles down on Woody Allen defense: "He's a friend of mine"

"I'm not a politician, and I can't lie about the way I feel about things," the "Jojo Rabbit" actress said 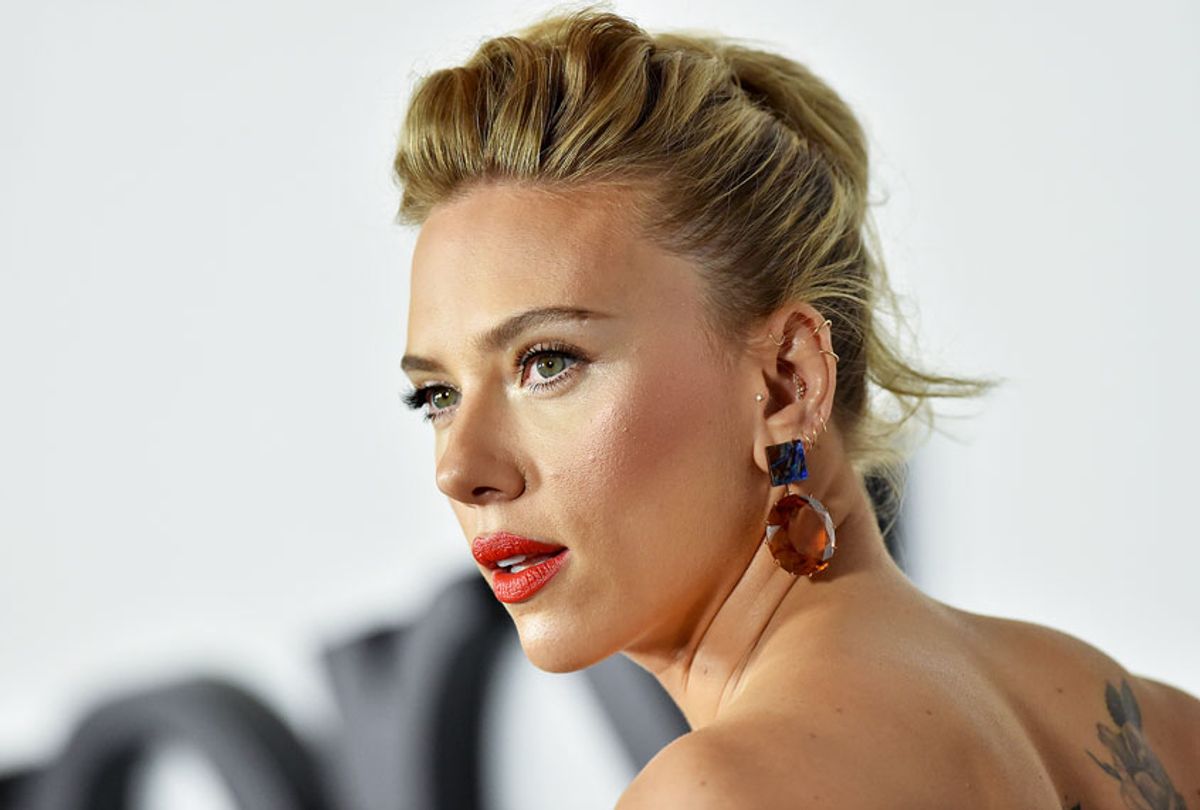 Scarlett Johansson doubled down on her defense about Woody Allen, the famed film director who she considers a friend and creative partner — even after Hollywood A-listers have publicly disowned their work with the filmmaker after his adoptive daughter, Dylan Farrow, accused him of molesting her when she was 7.

In a new profile for Vanity Fair, Johansson, who is promoting her new Nazi-era comedy (yes, Nazi comedy) "Jojo Rabbit," is asked how she feels about the "general phenomenon whereby she has said things which have generated substantial amount of fuss," such as her decision to stand by Allen and defend her right to play any role — without regard for "political correctness" in casting.

"I'm not a politician, and I can't lie about the way I feel about things," Johansson told the magazine. "Even though there's moments when I feel maybe more vulnerable because I've spoken my own opinion about something, my own truth and experience about it — and I know that it might be picked apart in some way, people have a visceral reaction to it — I think it's dangerous to temper how you represent yourself, because you are afraid of that kind of response. That, to me, doesn't seem very progressive at all. That seems scary."

The accomplished actress and modern-day style icon has appeared unafraid to discuss controversial topics — even if doing so lands her in the hot seat. She has vowed to support the Democratic Party to deny President Donald Trump a second term in 2020, spoke at the 2018 Women's March on Washington, and was among the early supporters of Time's Up.

In her speech at the 2018 Los Angeles Women's March, Johansson called out James Franco for daring to wear a Time's Up pin in light of sexual misconduct allegations against him.

"How could a person publicly stand by an organization that helps to provide support for victims of sexual assault while privately preying on people who have no power? I want my pin back," Johansson said in the speech, referring to Time's Up, a movement encompassing of more than 1,000 women in entertainment created to fight systemic sexual harassment at work and to foster accountability.

Earlier this year, in an interview with The Hollywood Reporter, Johansson made clear that she remains close with Allen and "would work with him anytime," despite criticism. She told the publication, "He maintains his innocence, and I believe him."

She's now doubled down on her decision to stand by the director in her recent interview with Vanity Fair, saying, "I don't know — I feel the way I feel about it. It's my experience. I don't know any more than any other person knows. I only have a close proximity with Woody . . . he's a friend of mine. But I have no other insight other than my relationship with him."

Johansson went on to say she understands that her support of Allen is "triggering" for some people, but noted, "Just because I believe my friend does not mean that I don't support women, believe women. I think you have to take it on a case-by-case basis."

For years, the actress has explained her decision to stand by Allen as nothing more than a consequence of their close "friendship," suggesting that those who expect her to turn against him should get over a fantasy that is not rooted in reality. Should the entertainment world take a hint from ScarJo and stop asking her if she has changed her mind on Allen?