"Rudy Giuliani was a great mayor and a great leader, but he has turned into an unmitigated . . . disaster" 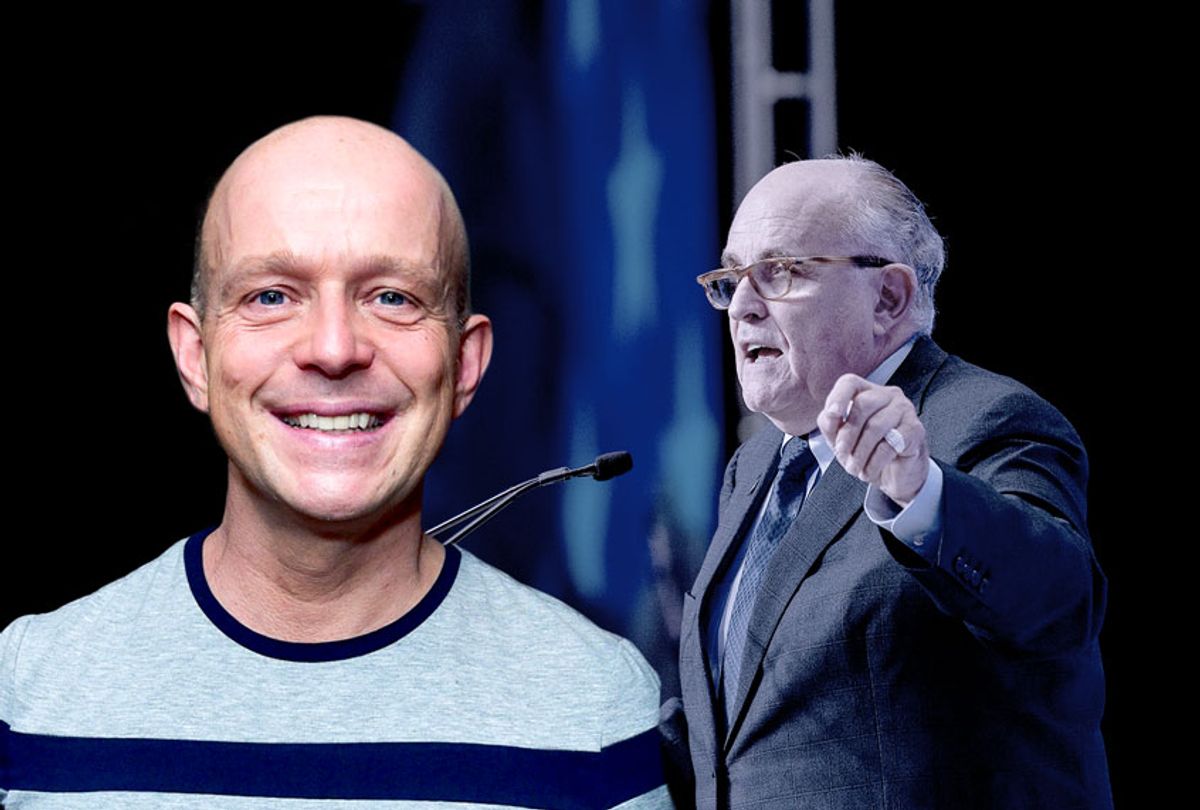 After announcing that he would discuss “more disturbing details” about Giuliani’s role in the Ukraine scandal, Hilton slammed the Trump attorney's behavior while working for the president as “unethical.”

“It turns out that the former mayor’s own personal business interests are wrapped up in all this,” Hilton said of the Ukraine scandal at the heart of an impeachment inquiry against Trump. “To put it simply, he’s been trying to enrich himself on the back of his relationship with President Trump. And you know what? I’m just fed up with the lot of them. Rudy Giuliani was a great mayor and a great leader, but he has turned into an unmitigated — and now, it seems, unethical — disaster.”

Referring to both Giuliani and others from Trump’s inner circle whom he believes have behaved unethically, Hilton added this advice for the president: “It’s time to dump these toxic chumps.”

Giuliani responded to Hilton’s blistering criticism Monday by threatening to sue him for libel in a series of tweets.

“I have not taken a penny for representing my friend, President Trump. I am outraged that @SteveHiltonx reported that I was trying to pursue private business deals in Ukraine to ‘enrich’ myself, when in reality I have made ZERO in Ukraine! Very lazy reporting!” Giuliani tweeted.

He added, “Since representing Trump I have considered and turned down all deals in Ukraine, even those not presenting a conflict. Lawyers tell me @SteveHiltonx is a wild card and I should sue him for libel. He recklessly disregarded the truth!”

Giuliani also claimed that Hilton would not have covered Burisma, the Ukrainian natural gas company that employed former Vice President Joe Biden’s son Hunter, had it not been for him.

“He should apologize for his maliciousness and thank me for the story!” Giuliani concluded.

Giuliani once suggested that he had “insurance” should Trump or his allies attempt to throw him under the bus in the Ukraine scandal. However, he later said that his comments had been misreported, and they referred to the Bidens — not his boss.

Hilton has been a longtime supporter of Trump. Speaking to Salon this summer, the Fox News host explained that he viewed Trumpism as a populist ideology.

"I think the closest articulation of it actually is that 'America First' phrase," Hilton said. "If you look back, the interesting thing about him is that these are very consistent views. I mean the other night on my show, I did a sort of China thing, where we had clips of him in the 1980s and '90s, [and in] 2010, saying exactly the same thing about trade as he is saying today. And people say, 'Oh, well, he was then talking about Japan.' He was, but he was also talking more recently about China, and China's rise, and so on. Totally consistent for the past 30 years or so.”

He added, "In those days it was all about America: 'We are being ripped off, America should be doing better.' It's a fierce kind of patriotism, and a belief in America, I think. 'America First,' therefore, is the closest thing I think you're going to get to a defining idea of Trumpism. And that does connect trade issues and immigration issues."