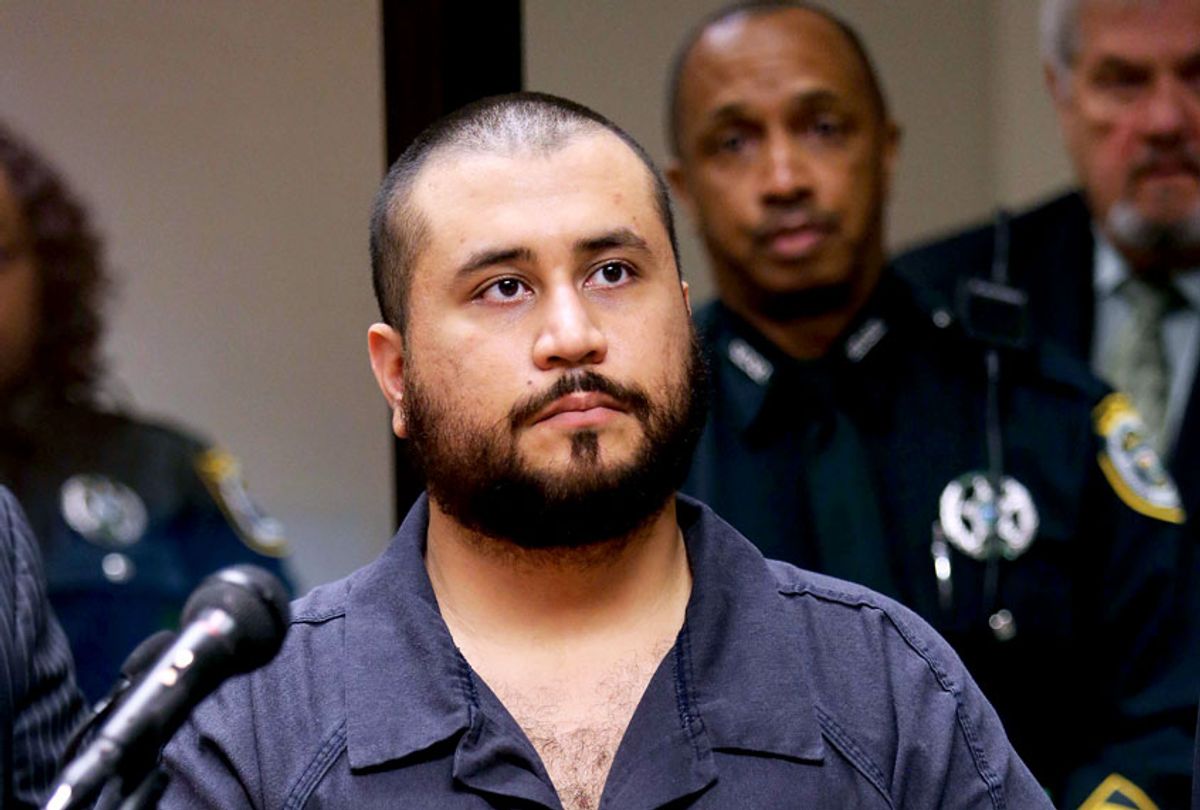 George Zimmerman, the Florida neighborhood watch volunteer acquitted of murder in the fatal 2012 shooting of Trayvon Martin, is suing the unarmed teen's family and others involved in the case.

Zimmerman followed 17-year-old Martin while he visited his father in Sanford in February 2012. He reported Martin, who was walking from a store with a bag of Skittles, as suspicious in a 911 call. Zimmerman then got into an altercation with Martin, whom he fatally shot.

He argued that he shot Martin in self-defense under Florida’s "Stand Your Ground" law. He was later acquitted of murder and manslaughter charges, and the Justice Department declined to charge him with a federal hate crime.

Zimmerman filed a lawsuit on Wednesday against Martin’s family, their lawyer Ben Crump, Crump’s book publisher and prosecutors in the case, The South Florida Sun-Sentinel reported. The suit alleges defamation, abuse of civil process, and conspiracy.

The lawsuit cites a documentary about the case, which accuses Martin’s family of manufacturing a “fake witness” in the case against him. Zimmerman seeks $100 million in civil damages.

Crump said in a statement that the “unfounded and reckless lawsuit” is just “another failed attempt to defend the indefensible and a shameless attempt to profit off the lives and grief of others.”

The claim states that Crump produced a recording of “Diamond Eugene,” Martin’s 16-year-old girlfriend with whom the teen had spoken before his altercation with Zimmerman. It alleges that 18-year-old Rachel Jeantel came forward two weeks later to tell prosecutors that she was Diamond Eugene and had “provided false statements to incriminate Zimmerman based on coaching from others.”

During the trial, Jeantel told the court that she had signed her name as Diamond Eugene in a letter to Martin’s mother, Sybrina Fulton, according to the Sun-Sentinel.

The lawsuit alleges that Jeantel was not Martin’s girlfriend and was not on the phone with him at the time, according to phone records. The suit claims that “she lied repeatedly to cause Zimmerman’s arrest and to try to send him to prison for life."

Zimmerman’s attorney told the Sun-Sentinel that the allegations did not come out during the trial but “the fraud . . . was perpetuated on the court.”

The suit also accused Crump and his publisher, HarperCollins, of defaming him in Crump’s book “Open Season: Legalized Genocide of Colored People,” arguing it was published “with actual malice knowing the untruth or at a minimum a reckless disregard for the truth.”

Crump said in a statement on behalf of the Martin family that the “tale” in the lawsuit “defies all logic, and it’s time to close the door on these baseless imaginings.”

The statement added that Zimmerman “continues to display a callous disregard for everyone but himself, revictimizing individuals whose lives were shattered by his own misguided actions.”

Crump said, “He would have us believe that he is the innocent victim of a deep conspiracy, despite the complete lack of any credible evidence to support his outlandish claims.”

Zimmerman is scheduled to hold a press conference with the director of the documentary “The Trayvon Hoax” on Thursday, which is the basis for the lawsuit, according to a news release.

Zimmerman is represented by Larry Klayman, a former federal prosecutor who founded the right-wing legal activist group Judicial Watch before stepping down over an internal feud. Klayman led multiple failed lawsuits aimed at the Clinton and Obama administrations before taking aim at special counsel Robert Mueller after Trump took office.

Klayman predicted that Trump could be “greater than Reagan” and later petitioned him to appoint him as a special counsel to investigate former Secretary of State Hillary Clinton. Earlier this year, a legal ethics panel of the Washington bar association called for Klayman to be suspended from practicing law for nearly three years for “egregious” misconduct after he harassed a woman who rejected his romantic advances.

Since being cleared, Zimmerman has shown no remorse about the killing. In 2016, he auctioned off the gun he used to kill Martin. He dismissed criticism at the time, telling The Daily Beast that it was Martin’s parents' fault that he died, because they “didn’t raise their son right.” Zimmerman claimed that he would donate part of the proceeds from the auction to fighting Black Lives Matter.

After news of the lawsuit broke, the screening of the documentary promoted by Klayman was abruptly canceled.

“Coral Gables Art Cinema was not aware of all of the details surrounding this event and has made a decision to cancel it,” the theater tweeted.