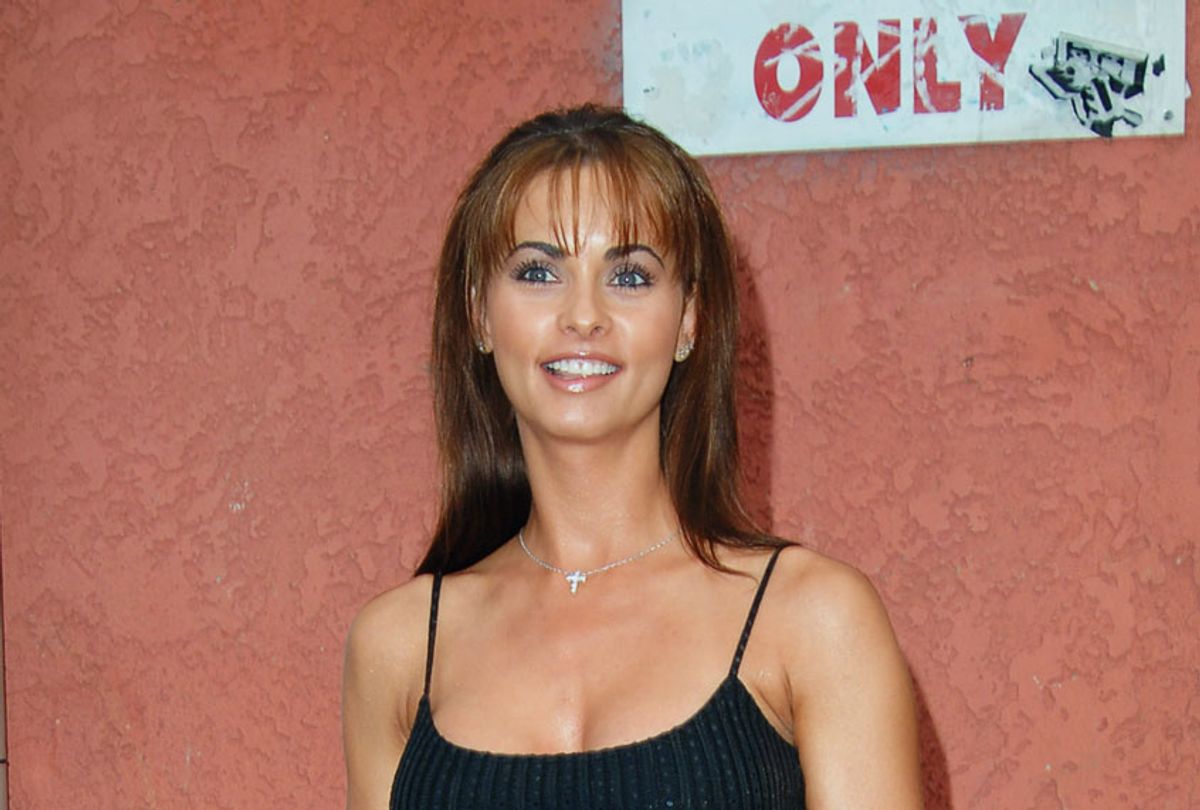 Karen McDougal, the former Playboy model who was paid $150,000 after she alleged that she had an affair with President Donald Trump, sued Fox News for slander over comments made by primetime star Tucker Carlson.

Federal investigators obtained a recording of Trump and his former personal attorney Michael Cohen discussing a hush-money payment to McDougal, who was paid $150,000 by the National Enquirer for her story about the affair in order to stop it from going public. McDougal alleged that she had a nearly year-long affair with Trump shortly after the birth of his son, Barron.

Carlson alleged on his show last year that McDougal and adult film actress Stormy Daniels, who was paid $130,000 to keep quiet about her alleged affair with Trump, tried to extort Trump.

"Two women approached Donald Trump and threatened to ruin his career and humiliate his family if he doesn't give them money," Carlson said at the time. "Now that sounds like a classic case of extortion."

Though Carlson did not say McDougal’s name, her image was displayed on screen during the segment.

A guest challenged Carlson’s take, The Week pointed out, saying that “we don't know that there was actual extortion here . . . that hasn't been proven yet — nor has it even really been alleged.”

"I'm alleging it, because it's obvious,” Carlson declared. “It clearly is extortion."

McDougal responded to the comments by filing a slander lawsuit in New York on Thursday.

“Carlson advertises himself as a reporter of the news and refers to his show as the ‘sworn enemy of lying,’” the suit says. Carlson was “purporting to report on undisputed facts,” when he claimed that McDougal “extorted Trump and that was why Trump caused the payment of $150,000 to be made to McDougal.”

“Carlson’s statements were intentionally false and made with reckless disregard for the truth,” the complaint says. No individual involved in the payment ever “once stated that she extorted Trump,” it continues, adding that American Media chief David Pecker, who ran the National Enquirer, “offered to deal with negative stories about Trump’s relationship with women by, among other things, assisting Trump in identifying such stories so that they could be purchased and their publication avoided.”

The suit goes on to note that both Pecker and Cohen admitted to federal prosecutors that McDougal aimed to sell her story to the outlet and that Cohen promised to reimburse Pecker for buying and killing the story.

“At no time did Cohen, Pecker, AMI or Trump ever accuse McDougal of extorting anyone,” the suit claims. “Cohen, AMI, and Pecker all agree and admitted to prosecutors that Trump directed Cohen to have McDougal paid $150,000, because Trump ‘was very concerned about how this would affect the election.’ The payment to McDougal had nothing to do with extortion.”

The suit also cites the recording Cohen made of Trump, in which “Trump can be heard voluntarily suggesting a cash payment to McDougal.”

Fox News said in a statement to Variety that it would “vigorously defend Tucker Carlson against these meritless claims.”

Eric Bernstein, an attorney for McDougal, told The New York Times that his client was “harassed, embarrassed and ridiculed” as a result of Carlson’s comments.

“Media outlets like Fox News must learn that they can’t mislead for ratings,” he said. “They hurt real people like Karen McDougal when they do so.”

Cohen ultimately pleaded guilty to eight federal charges in New York, including campaign finance violations related to the payments to McDougal and Daniels. He is currently serving a three-year prison sentence.

The Manhattan District Attorney’s office obtained a grand jury subpoena for eight years of Trump’s personal and corporate tax returns as part of an investigation into the payments to McDougal and Daniels. An appeals court ruled this week that Trump must turn over the tax returns in response to the subpoena, though Trump’s attorneys have appealed the case to the Supreme Court.