What is the next pork belly? How meat trends start, sizzle, and ultimately fizzle out

Pork belly had its time in the sun (and on skewers, in poutine, etc.) but it's time another cut of meat is elevated 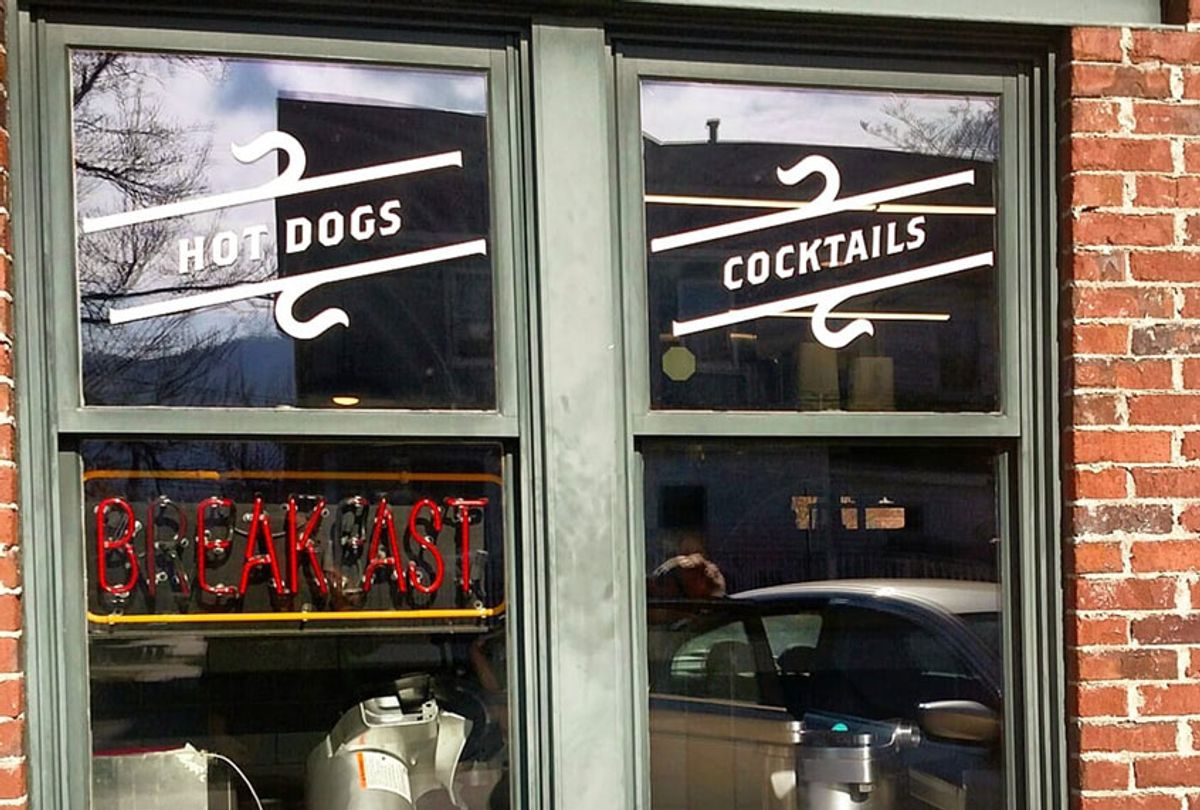 After gently confirming that his work wouldn't make me squeamish, Casey McKissick slides me a plate of fresh brisket poutine, and then pulls a 100-pound pig carcass out of the Foothills Meats walk-in. As I snack on crispy, au jus-soaked french fries, two butchers begin breaking it down, drawing their boning knives through the white fat along the spine and down the hindquarter to remove the tenderloin.

Then the legs are removed; then the shoulders. While they continue to trim, customers wander in, ordering fresh cuts at the counter or settling in at the tables in the next room. There they can order lunch — buttery Cubanos, pimento cheese, and tallow-fried chips, house-made hotdogs — with a view of the railroad town of Black Mountain, about 15 miles outside of Asheville, N.C.

Eventually, the pork belly is removed, which – at a cross-section view – looks just like a huge slab of bacon; a pink and white gradation of fat, meat, more fat, and skin. I gesture to it and ask, "So, what's the next pork belly?"

Pork belly — which has long been on offer in Asian, African American, and Latinx cuisine — is one of those cuts of meat that has seen a tremendous spike in popularity with American diners over the last decade. It wasn't always so desirable; there was a period of time when pig farmers sent pork bellies across the Atlantic to Eastern Europe where the cut was more in-demand.

But after some well-timed lobbying from the pork industry (and as the Bacon Boom of the early aughts – complete with bacon-flavored toothpaste and bacon-scented hand soap– lingers on), the belly began appearing on gourmet menus. It's popularity rose with that of New Southern cuisine, and when prepared well, it has all the virtues of bacon — a creamy fattiness, offset by a crispy, smoky skin — only bigger.

"Early on in the pork belly fad, I recall many of our customers not realizing that pork belly is where bacon comes from. Belly — or 'sides' as some say in the South — was considered to be a very 'country' dish, whereas bacon had risen to a new level of hipness with trendy food folks," McKissick said. "For me at that time, as a farmer and butcher, I was just happy that people were more interested in where the parts come from and beginning to understand why the whole animal philosophy was important to us as a company."

But at some point in recent years, some chefs's use of pork belly have begun jumping the shark.

I've tasted flaccid strips of pork belly floating in $16 bowls of navy beans and a pork belly grilled cheese that soaked the toast through with grease; in 2016, Arby's began serving their Smokehouse Pork Belly Sandwich, a chewy, $5.69 death knell for the cut.

Some chefs, like AuCo Lai,  who works at Atomic Ramen and Epping's on Eastside  in Lexington, Ky., agree. Lai's family is Vietnamese, so they grew up around pork belly in their dishes.

"It used to be that you could only find it at the Asian markets because it was a throwaway cut if you didn't use it for bacon, which Asian people don't really produce [or] consume," Lai said. "I'd have it boiled, braised, stewed, fried, and whatever other way we could use it. It used to be really inexpensive, so my family could afford it."

When Lai started working in fine dining in 2014, they saw the cut used in something other than the Vietnamese dishes she was familiar with such as  thịt heo kho – a dish of pork and hard-boiled eggs braised in coconut juice – or gỏi cuốn, the cold spring rolls.

"The restaurant I was at did a pork belly appetizer that was basically three cubes of belly, cured, braised, pressed, and then deep-fried to give it a crispy exterior and a melty interior," Lai said. "It kinda blew my mind and felt a little blasphemous at the same time. Kinda just glorified bacon, right?"

Now, Lai said, it's expensive; the "wow" factor is gone. The tricks have been tried.

"It doesn't surprise anyone to see it anymore," they said. "We fell into tired habits with the way we serve it too. It's nearly always seared or fried crispy with some salty and some sweet components. And it's very often done in some way that leans toward variously Asian flavors or bourbon-y flavors. I'm kind of over it for that reason alone."

Lai continued: "If, and when, I use belly for anything now — because I still do occasionally — I don't try and push the envelope anymore. I fall back to what I grew up with. Just kinda plain, simple, straightforward, and in much less quantity. It adds fat."

What is the next pork belly?

It's natural to wonder what is going to come next, especially as the restaurant industry has a way of elevating certain meats of the moment. Delmonico steak, a boneless rib-eye, is a cut that has spiked in popularity, fallen away from fashion, and is slowly appearing on menus again. Bone broth isn't as trendy as it was in 2015; pig ears almost had a moment, but their use still isn't particularly wide-spread.

But as I found out, if you ask 15 different people about what they see as the next trend on the horizon, you'll get 15 different answers.

Lai is excited about offal, for example. Foothills' Meat Manager, Megan Montgomery, says they can't keep the suite of beef shoulder steaks — like flat iron and Denver steaks — in-stock right now. Meredith Leigh, the author of "The Ethical Meat Handbook," thinks that meat from older animals should have a moment in the spotlight.

"I'm hopeful that hogget [a sheep that is between 1 and 2 years old], gets a good thorough exploration by farmers, chefs, and foodies," Leigh said.

I'm personally really interested in McKissick's suggestion of coppa roast, which is a barrel-shaped extension of the loin that runs through the pork shoulder. It's fatty and flavorful, ideal for slow-roasting and use in charcuterie cuts like capicola.

In the restaurant world, the preparation of Chicago chef Edward Sura of NoMi has allegedly gained enough of a following that, even though it isn't a regular item on the menu (since only two coppa roasts can be butchered from a pig), diners will ask for it when they visit or place a call beforehand.

According to Montgomery, it also has a growing at-home appeal, too.

"A lot of the ebb and flow has to do with the seasons, so roasts like the pork coppa are popular right now," she said. "Most of my customers are buying it for their Crock-Pot or to cure it."

Waste not, want not

The cyclical nature of the meat market — which is propelled by big-name chefs and industry players alike — has an unexpected upside.

Essentially, in the search for "the next big thing," consumers may discover new ways to consume different parts of the animal, which leaves less to go to waste. This plays directly into the structure of whole-animal butcher shops like Foothills.

"We make every effort to get people what they want when they come in, but our entire business model is based on our mission of providing the most benefit to the farmer," McKissick said. "We buy the whole animal and add value to it through our two restaurants, retail, wholesale, food truck, and catering program. That's a lot of ways to move meat efficiently and profitably, while keeping the quality very high."

And a big part of their work is introducing store customers to cuts that they may not otherwise use.

"We do a great deal of our own education with our guests so that they find something perfect for their needs every time they visit," he said.