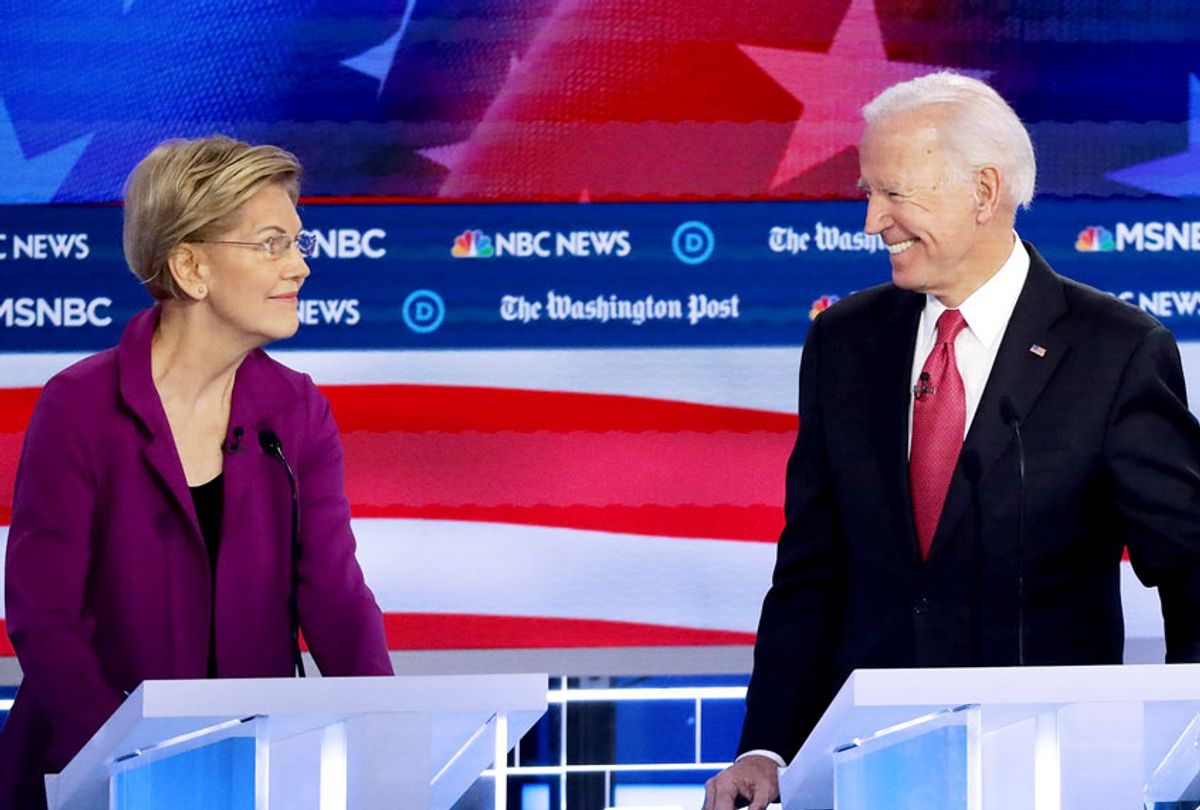 Former Vice President Joe Biden said Sunday that he would consider choosing Sen. Elizabeth Warren, D-Mass., as his running mate, though he clarified that it would be presumptuous of him to discuss potential picks in advance of securing the Democratic Party’s presidential nomination.

“I’d add Senator Warren to my list. I’d add all — But she’s going to be very angry at my having said that. The question is: 'Would she add me to her list?'” Biden asked Axios’ Mike Allen on Sunday.

Biden said in the interview that “the reason I was reluctant to mention anyone is because, first of all . . . it is presumptuous of me to decide who I’d have as a vice president. I’m not even the nominee yet — that’s No. 1.”

After Allen said that learning about Biden’s potential choices for running mates would provide an insight into his thinking as president, the former Delaware senator said that “they also use it as a window into saying I’m being presumptuous. A window into saying that I’m not taking so-and-so seriously. And the issue for me will be — if I’m fortunate enough to be the nominee — who am I most comfortable with that I’m confident that if I turn over responsibility, I’m not going to be surprised.”

This is not the first time that Biden has been asked about his potential picks for vice president. A voter at a town hall in Winterset, Iowa, asked him whom he was considering last month, prompting Biden to respond: “I could start naming people, but the press will think that’s who I picked.”

He then listed "the former assistant attorney general who got fired," "the woman who should have been the governor of Georgia" and "the two senators from the state of New Hampshire.” Those were indirect references to former Assistant Attorney General Sally Yates, former Georgia gubernatorial candidate Stacey Abrams and Sens. Maggie Hassan and Jeanne Shaheen, all of whom are Democrats.

Abrams was asked last month whether she would be willing to run with Biden, and she said she would be “happy” to consider being the running mate of the eventual Democratic nominee.

"When I got the question (from reporters), I was, myself, contemplating my next steps,” Abrams told The Daily Iowan at the time. “And what I said was, ‘You do not run in a primary for second place' . . . But you can run as second in the general election, and I am happy to do so with the nominee. That is my answer."

Biden met with Abrams in March, and while neither party disclosed the exact contents of their meeting, Axios later reported that "close advisers" to the candidate were "debating the idea of packaging his presidential campaign announcement with a pledge to choose Stacey Abrams as his vice president."

Abrams is the former minority leader of the Georgia House of Representatives and ran a competitive race to be governor of Georgia in 2018.