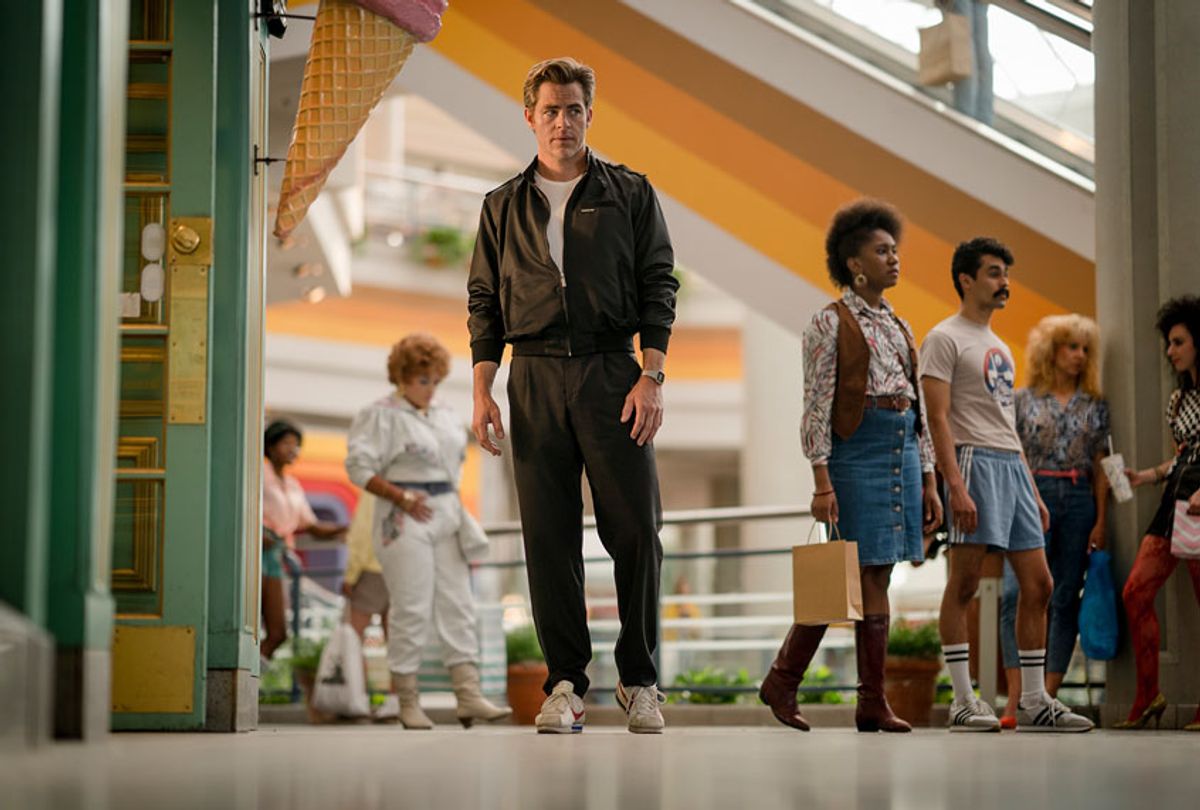 Full of references to 1980s popular culture and plot threads which will undoubtedly whet the appetites of fans of the first film, the first trailer for Wonder Woman 1984 was released Sunday.

As an ’80s-style techno track plays in the background, the trailer shows Diana Prince (Gal Gadot) recovering from the death of her former love interest, Steve Trevor (Chris Pine), a full 66 years after the events of the first film. We see that Diana now owns an estate called Trevor Ranch and hear, through a conversation with Barbara Minerva (Kristen Wiig), that she has not fallen in love since his death.

This is followed by more ’80s-style music and graphics, as the trailer lets us know that the film is set in the year 1984. Cue shots of a gaudy ’80s mall and action scenes of Wonder Woman fighting off bad guys in that location, with particular emphasis on stunts involving her“Bracelets of Submission" and “Lasso of Truth.” There are also brief glimpses of Wiig in a different yet fancier look (presumably on the path to becoming the villainess Cheetah) and Pedro Pascal in the role of Maxwell Lord.

But one detail which fans are likely to focus on in this first trailer is Steve’s return. After his character was killed off in an airplane explosion in the final act of Wonder Woman, it seemed difficult to imagine any scenario in which he would return for a second film. Yet the Wonder Woman 1984 trailer reveals that he somehow survived his apparent death, with Diana experiencing an emotional reunion with him and reveling in the opportunity to show him the world of the future.

The trailer appears to set up a role reversal of sorts from the film. Wonder Woman featured Steve explaining how things in “modern life” worked to an awe-struck Diana. We now see Diana revealing a new world to Steve, whether through a fireworks show in a fighter jet or modern art in an outdoor exhibit. At one point, Trevor mistakes a trash can for a sculpture.

The Wonder Woman franchise made history when its 2017 film adaptation marked the first time that a woman superhero hit the big screen in a large budget major studio production. That film was a huge success, both with critics and fans at the box office, making a sequel inevitable.

One challenge in launching a second film was figuring out what time in history to set it after the first took place during World War I. With roughly a century’s worth of time to choose from, the filmmakers landed on the ’80s, and Wonder Woman 1984 was born.

Wonder Woman 1984 has already made history on its own terms. Last year, director Patty Jenkins announced that it would be the first Hollywood production to adopt the anti-sexual harassment guidelines put forward by the Producers Guild of America in response to the “Time’s Up” movement. This adds to the historic distinctions of the film series, with the original being the first true box office smash based on a classic woman superhero, as well as the highest-grossing movie ever directed by a woman.

Producer Brett Ratner — who worked on the first movie — was not involved in the new film in any way following allegations of sexual harassment or misconduct in his past. Gadot reportedly threatened to leave the film if he remained attached to it.