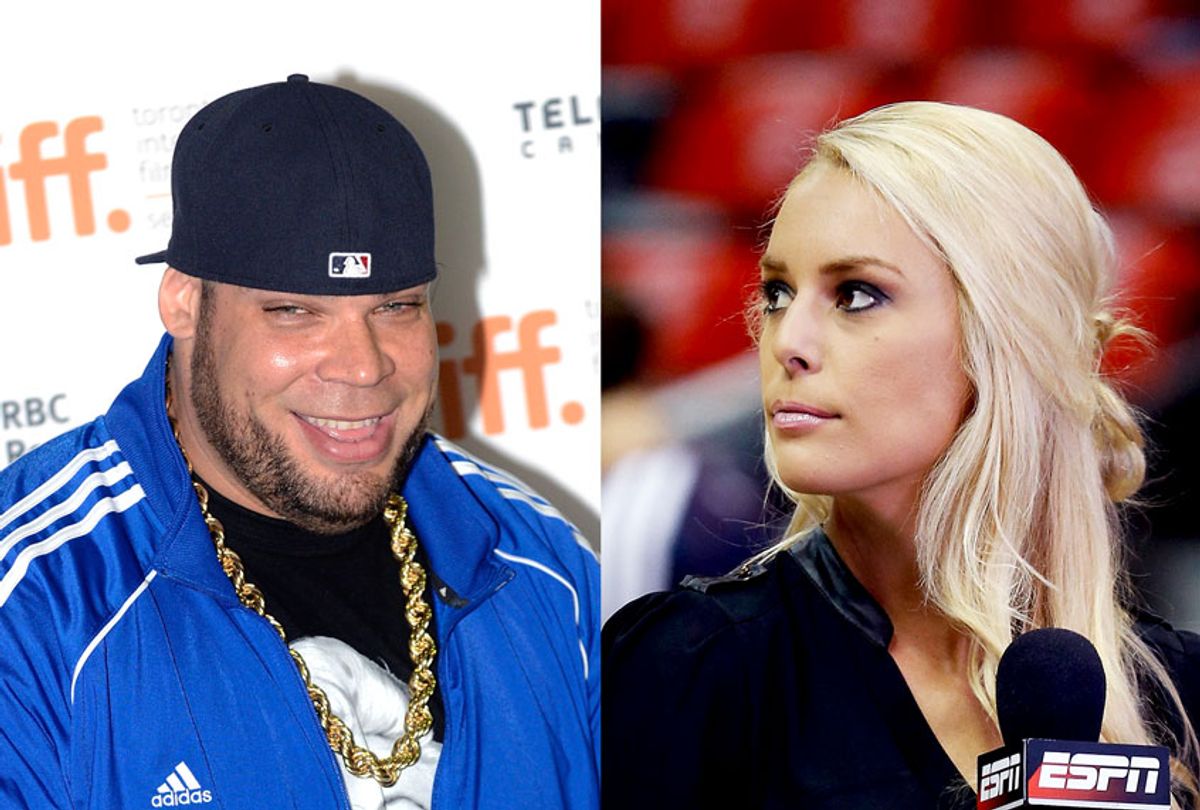 In the suit, McHenry accuses Murdoch of sending her sexually explicit text messages and behaving in a “volatile and unpredictable” way. She alleges that Murdoch sent her a text message on one occasion, which read: “I love pony tails and braids you look amazing and it's a real turn on not that you care but I love it.” On another occasion, McHenry claims that she received a text saying, “the picture looks so good I would knock up the picture . . . crazy sexy love your legs.”

McHenry’s lawsuit also alleges that after she filed a complaint in October with the New York State Division of Human Rights, Fox News retaliated against her by giving her “far fewer professional opportunities,” including a reduced number of on-air appearances.

"The last thing I wanted to do was file this lawsuit. But I had to stand up for what's right for myself and for women,” McHenry said in a statement provided by the law firm of attorney Lisa Bloom to CNN.

“Ms. McHenry’s lawsuit recycles the same allegations she filed with the New York State Division of Human Rights in October, to which we filed a response on Friday,” Fox News told Salon in a statement about the matter. “As we have previously stated, Ms. McHenry’s allegations have been fully investigated, and we are confident our actions will be deemed entirely appropriate in litigation. We expect all of her claims to be dismissed.”

McHenry claims that two outside investigations into her allegations against Murdoch were not credible. Though one of the probes allegedly uncovered an explicit photograph sent to Murdoch from McHenry, the lawsuit claims that the pictures were “fraudulent” and “doctored.” The lawsuit further alleges that McHenry “immediately offered to have a forensic expert examine her phone to provide she did not send those messages, provided Mr. Murdoch do the same.” According to McHenry, Murdoch declined to submit his phone to forensic investigation.

Fox News’ reputation continues to reel from accusations of sexual misconduct against its stars. Megyn Kelly, Gretchen Carlson and Kayla Pospisil all accused former Fox News head Roger Ailes of sexual harassment, accusations which are the basis of the upcoming movie “Bombshell.” Bill O’Reilly, who for years was the face of the network, was dismissed in 2017 after a report by The New York Times revealed that five sexual harassment claims against him dating back to 2002 had been settled for more than $13 million. O’Reilly has denied the accusations against him.