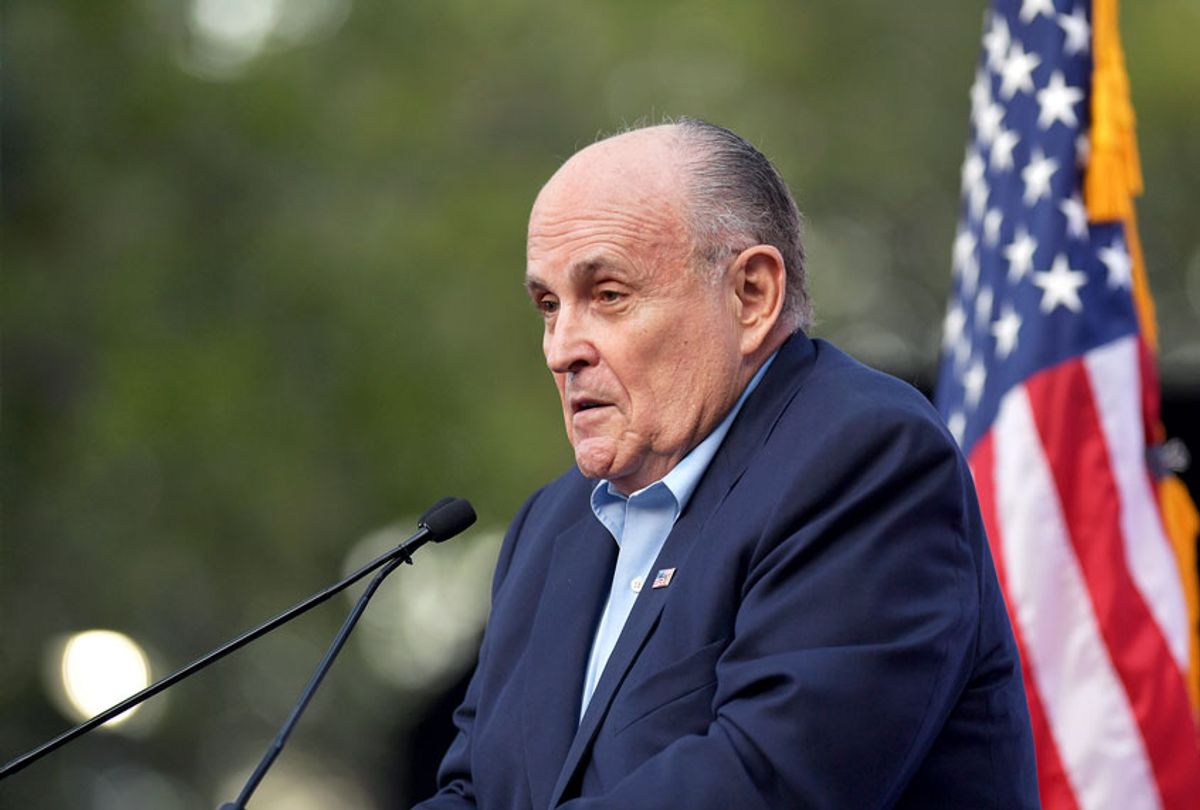 Rudy Giuliani suggested Tuesday that President Donald Trump is "very supportive" of his continued efforts to procure information he hopes will undermine allegations that the commander-in-chief abused the powers of his office by pressuring a foreign government to interfere in the 2020 election.

During a phone interview with CNN, Giuliani suggested that Trump has been well aware of his exploits in Ukraine, though he reportedly declined to say if the president directed him to travel there most recently.

"We're on the same page," Giuliani said of Trump.

The former mayor of the city of New York went on to claim that he had gathered significant evidence of a sweeping conspiracy to thwart his and the president's efforts to uncover years of corruption in Ukraine last month during his trip to the eastern European nation.

Giuliani and Trump have bolstered unsubstantiated claims about corruption in Ukraine involving former Vice President Joe Biden and his son, Hunter; former U.S. Ambassador to Ukraine Marie Yovanovitch; and Ukrainian interference in the 2016 presidential election. On Tuesday, Giuliani, unprompted, pointed out that he and Trump were "on offense" when it comes to digging up dirt on the president's domestic political opponents.

"Just in case you think we're on defense," Giuliani told CNN, “we’re not.”

Giuliani has given a series of interviews in recent days to national news outlets about his efforts in Ukraine, including The New York Times, Fox News and the New Yorker. His media blitz comes as the House of Representatives is expected to vote to impeach Trump on Wednesday, triggering a Senate trial.

House Democrats have unveiled two articles of impeachment against Trump for abuse of power and obstructing Congress. At the heart of the charges against the president are his effort to solicit Ukrainian President Volodymyr Zelensky to investigate his political rivals and his decision to temporarily withhold nearly $400 million in military aid to Ukraine.

Giuliani, however, has appeared to reject any notion that it is risky for him to continue advancing the president's interests in Ukraine, given the scrutiny on him by impeachment investigators and federal prosecutors in the Southern District of New York — the office which he himself ran from 1983 to 1989.

In response to a question about reports that Attorney General William Barr is frustrated with Giuliani's shadow fact-gathering operation in Kyiv, Giuliani downplayed any resistance from the administration in his interview with CNN.

"I haven't heard that from the president. I think he would tell me," Giuliani said. "I would think that if Bill Barr has a real complaint about me, President Trump would have told me that. And I've been told by mutual friends that it's not true.”