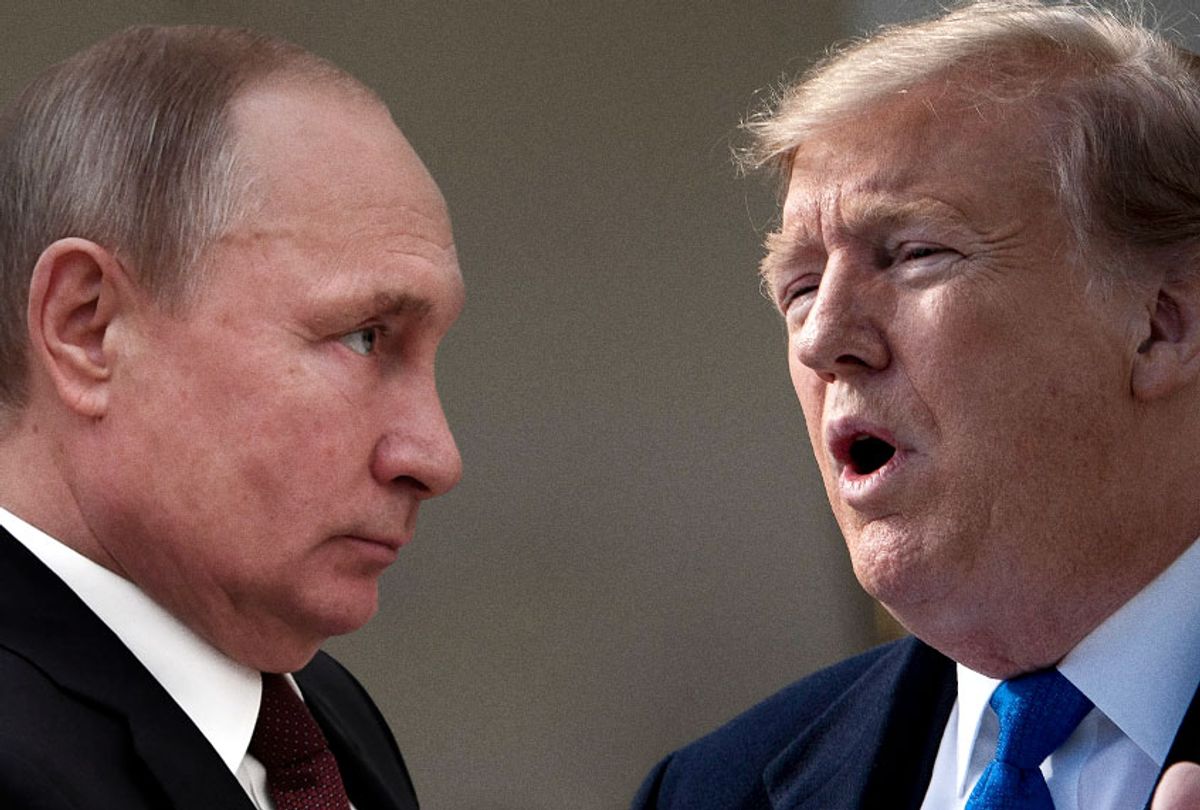 Russian President Vladimir Putin spoke with President Donald Trump by phone Sunday to discuss counter-terrorism efforts and "matters of mutual interest," according to a readout of the call from the Kremlin.

"Vladimir Putin thanked Donald Trump for the information shared via the special services that helped thwart terrorist acts in Russia," the Kremlin-provided statement said, adding that the two world leaders "discussed a range of issues of mutual interest and agreed to continue bilateral cooperation in combating terrorism."

The Kremlin noted that the call was initiated by Russia. The White House has not released its own readout of the call nor has it provided additional comment about the conversation between the pair. The Russian readout did not provide additional details about what information the U.S. had offered.

In August, the Kremlin said in a statement that Trump spoke with Putin and offered help in fighting wildfires raging in parts of Siberia. The phone conversation between the world leaders took place on the "initiative of the American side," the Kremlin said, adding that Putin regarded the offer "as a sign that it is possible that full-scale bilateral relations will be restored in the future." The White House later confirmed the conversation between the two men, saying they discussed wildfires, as well as trade between the two nations.

In 2017, photos of Trump's first Oval Office meeting with Russian Foreign Minister Sergey Lavrov surfaced online from the Kremlin. One photographer from Russia's state news agency was allowed in the meeting, while U.S. journalists were kept out. Trump's meeting with Lavrov ignited firestorm after it was reported that Trump shared highly-classified information which Israel had shared with the U.S.

That same year, the CIA provided another tip to Russian special services about a separate planned terrorist attack at the Kazan Cathedral in St. Petersburg. The defendants in the case have been convicted, according to Russian media.

Trump has faced intense scrutiny over the nature of his relationship with Russia ever since he launched his presidential campaign in 2015. He has confounded Democrats and Republicans with his continued defense and praise of Putin, fueling speculation about his motives. Perhaps most notably, Trump has repeatedly challenged the conclusion of his own intelligence agencies that Russia interfered in the 2016 presidential election, claiming instead that he believes Putin's denials.

Trump again met with Lavrov behind closed doors earlier this month on the day House Democrats unveiled articles of impeachment against him. The president praised the "very good meeting" in a tweet, writing that the two had discussed "trade, Iran, North Korea, INF Treaty, Nuclear Arms Control, and Election Meddling."

At a news conference at the Russian Embassy later in the day, Lavrov denied allegations of Russian election interference and suggested only that Secretary of State Mike Pompeo had raised the issue during a separate meeting.