“'Donald,' I responded, ‘I believe we’re both married.’ I quickly ended the call,” Courtney Friel recalls 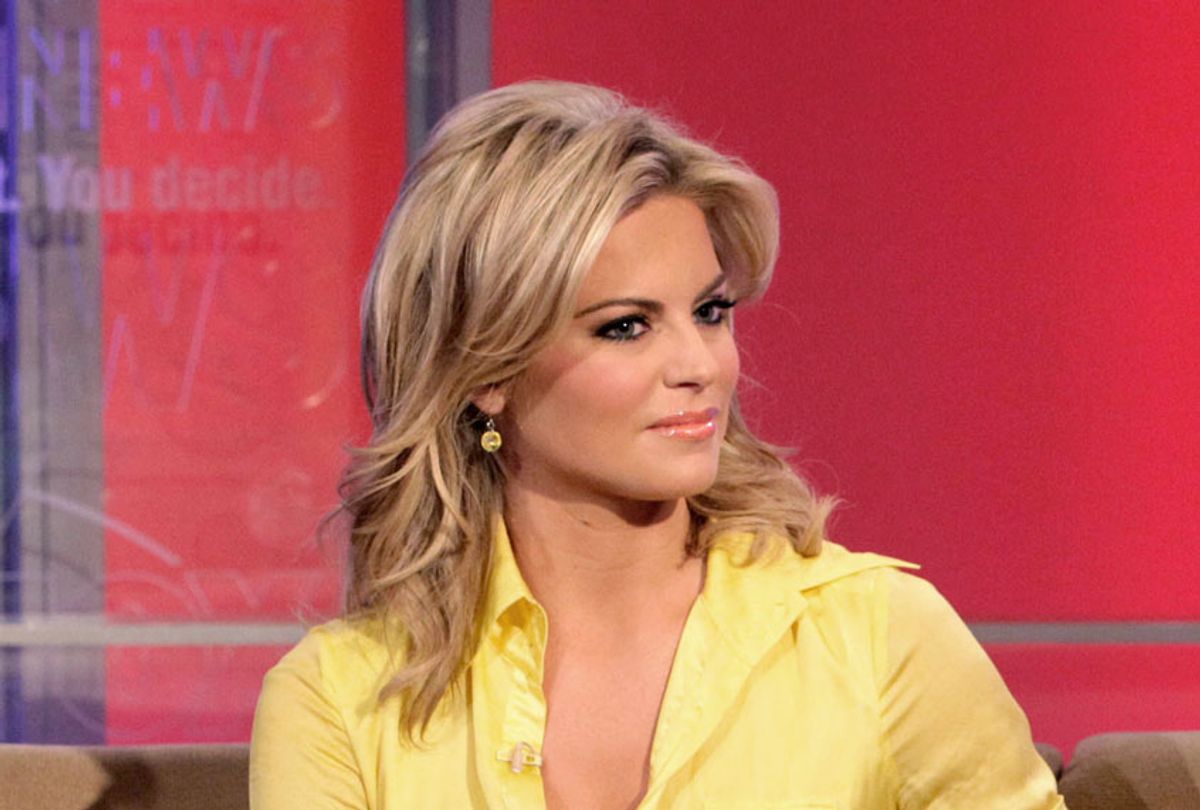 A former Fox News reporter claims in a new book that she rejected President Donald Trump’s advances before he won the White House.

Courtney Friel, a former reporter at the network and occasional fill-in host on “Fox & Friends,” said in her upcoming memoir that she turned down Trump’s invitation to come over to his office and “kiss,” according to an excerpt published by The New York Daily News.

Friel wrote in her upcoming book, “Tonight At 10: Kicking Booze and Breaking News,” that Trump told her she was “the hottest one at Fox News.”

She said Trump called her office a few weeks after she expressed an interest in serving as a judge for his Miss USA pageant.

“Though he said I couldn’t be a judge since I worked at a different network, he did ask me about my career goals and complimented my work at FNC,” she wrote. “Then, out of nowhere, he said: ‘You should come up to my office sometime, so we can kiss.’”

Friel, who is now an anchor at the Los Angeles station KTLA, said she was “shocked” by Trump’s proposition.

“'Donald,' I responded, ‘I believe we’re both married.’ I quickly ended the call,” she wrote.

Friel said the incident “made it difficult for me to report with a straight face on Trump running for president.”

“It infuriated me that he would call all the women who shared stories of his bold advances liars. I totally believe them,” she wrote. “At least now I can joke that I could have banged the president — but I passed.”

Friel worked for six years at Fox News before joining KTLA in 2013, according to her official bio.

Friel joins a long list of women who said they rejected Trump’s sexual advances. Dozens of women have accused Trump of sexual misconduct, groping and even rape. Trump has issued a blanket denial of the allegations, occasionally arguing that his accusers were insufficiently attractive.

The president's denials have prompted two defamation lawsuits from his accusers.

Former “Apprentice” contestant Summer Zervos, who accused Trump of sexually assaulting her at his New York City office and on a separate occasion in Beverly Hills in 2007, filed a defamation lawsuit after Trump effectively called her a liar.

Longtime columnist E. Jean Carroll, who accused Trump of raping her in the dressing room of a New York department store, filed a similar defamation lawsuit after Trump allegedly “lashed out with a series of false and defamatory statements” in response to her accusations."

“While I can no longer hold Donald Trump accountable for assaulting me more than 20 years ago,” Carroll said in a statement, “I can hold him accountable for lying about it. And I fully intend to do so.”