Chief Justice Roberts is a master of thoughtful, reasonable rhetoric. His judicial record tells another story 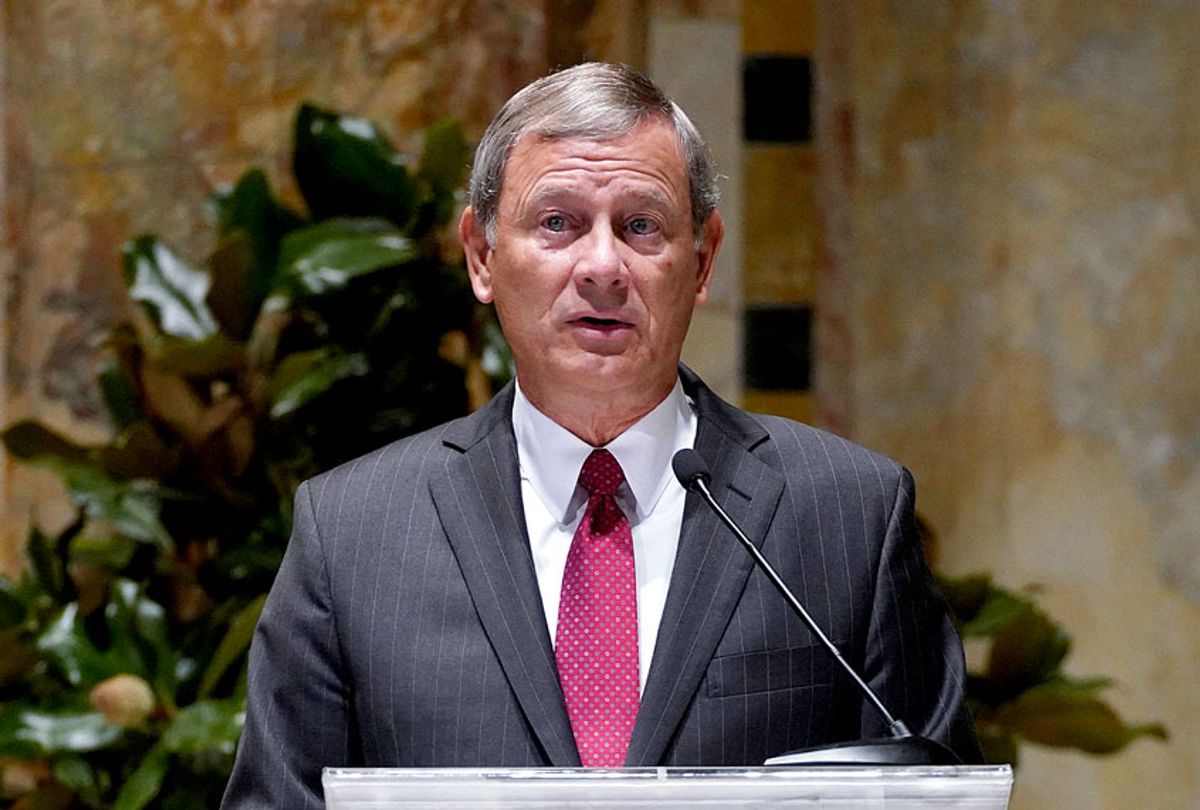 When he waxed eloquent this week about justice and the role of federal courts, Chief Justice John Roberts sounded like a philosopher king. Perhaps mindful of the forthcoming Senate impeachment trial over which he will preside, Roberts wrote in his year-end report that, “We should reflect on our duty to judge without fear or favor, deciding each matter with humility, integrity and dispatch,” adding, “[W]e should each resolve to do our best to maintain the public’s trust that we are faithfully discharging our solemn obligation to equal justice under law.”

Roberts’ thoughtful rhetoric often bolsters his centrist reputation, but in assessing how he manages President Trump’s Senate trial, it will be important to keep in mind that despite appearances, Roberts is a reliable Republican flack who, without failure, pursues partisan advantage. Even if Roberts presides over the trial in an even-handed manner, his consistent record of advancing partisan interests at the expense of democracy should inform evaluations of his performance.

It is well known that the chief justice joined and authored a series of decisions that, in combination, undermine the rule of law and enhance the GOP’s capacity to rule as a minority party. Shelby County dismantled the Voting Rights Act, allowing the GOP to suppress black and brown votes. Citizens United enables unaccountable dark money to flood our political system, disproportionately filling Republican coffers. In Rucho v. Common Cause, the Supreme Court put its stamp of approval on hyper-partisan gerrymandering, which usually works to benefit Republicans. Unfortunately, these democracy-undermining cases are the tip of a very large iceberg of partisan rulings.

Roberts is a master of using cheap talk to enhance his reputation for moderation, but his thoughtful words rarely translate into meaningful action. During his 2005 confirmation hearings, Roberts testified under oath that Roe v Wade is “settled as a precedent of the Court, entitled to respect under principles of stare decisis. And those principles … explain when cases should be revisited and when they should not. And it is settled as a precedent of the Court, yes.” Yet in the six abortion-related cases he has heard as chief justice, Roberts voted against reproductive justice all six times (100 percent), effectively dismantling Roe in much of the nation. More broadly, with respect to social issues Roberts has voted in a conservative direction 100 percent of the time in split-decision cases involving race, immigration and LGBT rights.

His ostensible respect for precedent is equally hollow. At his confirmation hearings, Roberts affirmed that flaws in precedent are “not enough … to justify revisiting it,” and underscored “the values of respect for precedent, evenhandedness, predictability, stability.” His voting record in precedent-overturning cases, however, is among the most partisan of any justice in the modern era. In 15 precedent-overturning cases with partisan implications, Roberts voted for conservative outcomes 14 times (93 percent). In other words, when overturning precedent would benefit the GOP, Roberts votes to overturn, and when affirming precedent would help the GOP, Roberts votes to affirm.

His famous pledge “to remember that it’s my job to call balls and strikes” is disingenuous as well. Sen. Sheldon Whitehouse, D-R.I., issued a recent report showing that since 2005, the Roberts court has ruled in the direction favored by Republican donors in all 73 split-decision civil cases in which conservative donors had a clear interest (100 percent of the time). In a fascinating appendix to the report. Whitehouse showed that Roberts and his colleagues violated or ignored their own judicial philosophies in 39 of those 73 cases (53 percent). What this means is that if basing a ruling on a conservative doctrine such as originalism would yield a decision benefiting GOP donors, Roberts and his conservative colleagues follow doctrine. But if ruling according to conservative doctrine would yield an outcome inimical to Republican donors, Roberts and his colleagues ignore their own doctrine. That’s about as far from calling balls and strikes as one can get.

Throughout Donald Trump’s tenure, Roberts and his conservative colleagues have gone to great lengths to allow the president and the GOP to trample on the Constitution. To take one of the most egregious examples, the conservative majority permitted the administration to retroactively back-fill a fabricated justification for the travel ban so as to circumvent its clear (and unconstitutional) motivation, anti-Muslim bias. Arguably, special counsel Robert Mueller and House Democrats declined to use federal courts to force witnesses to testify in the Russia and impeachment investigations because they knew that the Roberts-led conservative majority would, at best, neuter their investigations by slow-rolling them.

Chief Justice Roberts can be expected to maintain the pretense of impartiality during Trump’s forthcoming Senate trial, and observers probably will infer from appearances that he helped ensure a fair process. Regardless of how he manages the trial, however, simply doing his job is not the same as meeting his own standard, spelled out in this week’s report, of duty with integrity. Optically, Roberts has used crafty rhetoric to achieve a centrist reputation. Substantively, Roberts deserves pride of place alongside Trump and Senate Majority Leader Mitch McConnell as one of the leaders most responsible for ripping apart our democracy to benefit the Republican Party.