Forget losing weight: Let's talk about how you can learn to truly embrace and love food this year 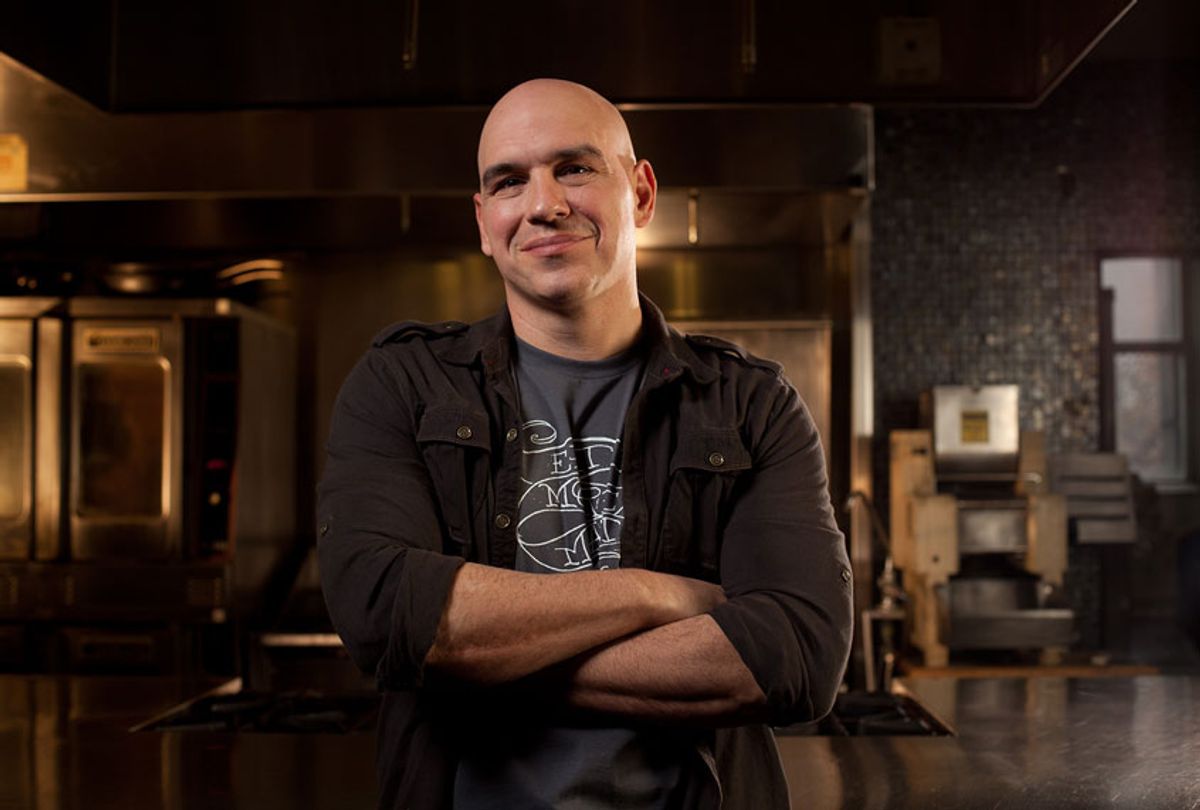 As another New Year begins in earnest, we once again find ourselves inundated with a barrage of messages surrounding food. Among them are "expert tips" for how to lose weight, including fad diets galore, endless exercise and starvation. All of these messages focus on one thing: fixing a problem that may not actually exist.

When top chefs stop by "Salon Talks" to talk about food, they engage in a very different conversation than they do elsewhere in the media. Instead of asking about what we can fix, we ask about how we can live better lives. Food feeds more than our physical bodies. It feeds our souls, too.

For 2020, we encourage you to resolve to cook better meals at home. In this case, better includes the obvious like cutting out meat to benefit your health and the environment. But is also means treating yourself to the restaurant experience you deserve at home on a nightly basis, learning new skills that bring more flavor to every dish and saving yourself the necessary combination of time and money.

Without further ado, here are seven tips that renowned chefs shared on "Salon Talks" that you can take to heart this calendar year:

Are you still going to the grocery store multiple times a week or buying in bulk at Costco? If you value uncomplicated, gourmet home cooking, Carla Lalli Music, the food director of Bon Appetit and host of the YouTube DIY kitchen sensation wants you to try online grocery shopping.

"Your in-person shopping trips should be for the things that you being there in person, actually make a big difference, the things that are either quality ebbs and flows or like supply goes up and down," Music explained on "Salon Talks."

Watch Carla Lalli Music's "Salon Talks" episode here. She detail how to create a kitchen you'll be excited to cook in, what she's learned from cooking alongside celebrities on "Carla Makes…" and her cookbook, "Where Cooking Begins: Uncomplicated Recipes to Make You a Great Cook."

Have  you ever wanted to cook like a chef for friends and family at home, but didn't know where to start? According to Marcus Samuelsson, the famed chef of Red Rooster, it actually starts at the butcher.

Learning how to slow cook what are often considered as lesser cuts of meat, such as oxtail and beef neck, pays off in the long haul, including amping up the flavor of your dish.

"Cooking something on the bone will take a little but longer time, but it will also set up several meals ahead," the star of No Passport Required," told Salon. "If you do oxtail one day, you can do great pasta the second day, you can do a fantastic sandwich the third day.

Roast a chicken for a fool-proof dinner, Michael Symon says

There is one food that is the ultimate comfort food for James Beard Award winner Michael Symon. A different recipe for this singular dish has made it into all six of the Food Network Iron Chef's cookbooks, including his most recent: Fix It With Food.

"There's nothing like a roasted chicken. I always tell if there's one thing you need to learn how to cook, you need to know how to make great eggs — and you need to be able to roast a perfect chicken," Symon told Salon in a recent interview. "And if you can do those two things, you can do most anything else."

The recipe in the new book is for Ginger and Chile Roasted Chicken, which includes two anti-inflammatory ingredients that help Symon manage his autoimmune issues.

"I think the first chicken I did in my first book was — my wife, when she was a vegetarian and a vegan, she would still cook for me," Symon recalled to Salon. "And she used to do a chicken dish, and we just called it 'Lizzie's Chicken.' And it was just a roasted chicken with lemon, thyme and sage. It's fantastic. I still eat it all the time."

In the United States in particular, vegetables always seem to be reserved for side dishes on restaurant menus. But you haven't been to the home of José Andrés, who pioneered Spanish tapas in America.

"In my house, the vast majority of the meals are vegetable and fruit centric," he said. "A lot of legumes, a lot of lentils, a lot of chickpeas and every single root vegetable you can imagine."

Andrés even has a garden where he grows vegetables, but he wasn't satisfied until he did his part to bring vegetables, which have health and environmental benefits, to the mainstream. So he opened Beefsteak. Yes, a restaurant with "beef" in the title.

If you are trying to eat less meat but have not yet gotten on the vegan train, Mark Bittman, the author of the beloved 1998 cookbook, "How To Cook Everything," recommends sticking to plant-based fare.

His new recipes do not try to make up for meat with imitations. Instead, they celebrate vegetables in a way that can ease any meat lover into making healthier choices.

"We're not trying to fool anybody here," Bittman told Salon of the candidly plant-based recipes in his latest effort:  "Dinner for Everyone: 100 Iconic Dishes Made 3 Ways Easy, Vegan, or Perfect for Company."

Add chili to spice up any dish, Madhur Jaffrey says

To achieve a very red color but not-so-hot taste, Madhur Jaffrey, the queen of Indian cooking, adds pure Kashmiri chilies or Byadagi chilies from India to her recipes. When she is cooking in America and cannot get her hands on the exact variety, she opts for dried paprika for its rich look.

"There are many regions that have their own chili," she said of India. "Once we got the chili, we just said, 'Come on babe, we can do a lot with you!"

Jaffrey also shared a chili history lesson, explaining that India did not start harvesting the chili until around the 15th Century. "There used to be recipes in India that had two tablespoons of black pepper," she recalled. "Those you find still in places like Malaysia, where early immigrants went and settled."

Kwame Onwuachi may be a James Beard Award-winning chef, but he insists that you can achieve an enhanced dining experience in the comfort of your home.

Onwuachi is the owner of Philly Wing Fry and the executive chef at the Washington D.C. restaurant Kith and Kin. Every time he cooks in a kitchen, he always has citrus on hand, because the fruit can can elevate the flavor profile of any dish.

"Always have citrus on hand," Onwuachi said. "I'm not talking an orange or a grapefruit. Lemons or limes, they're so necessary in enhancing flavor."