Don't be fooled by charismatic robots 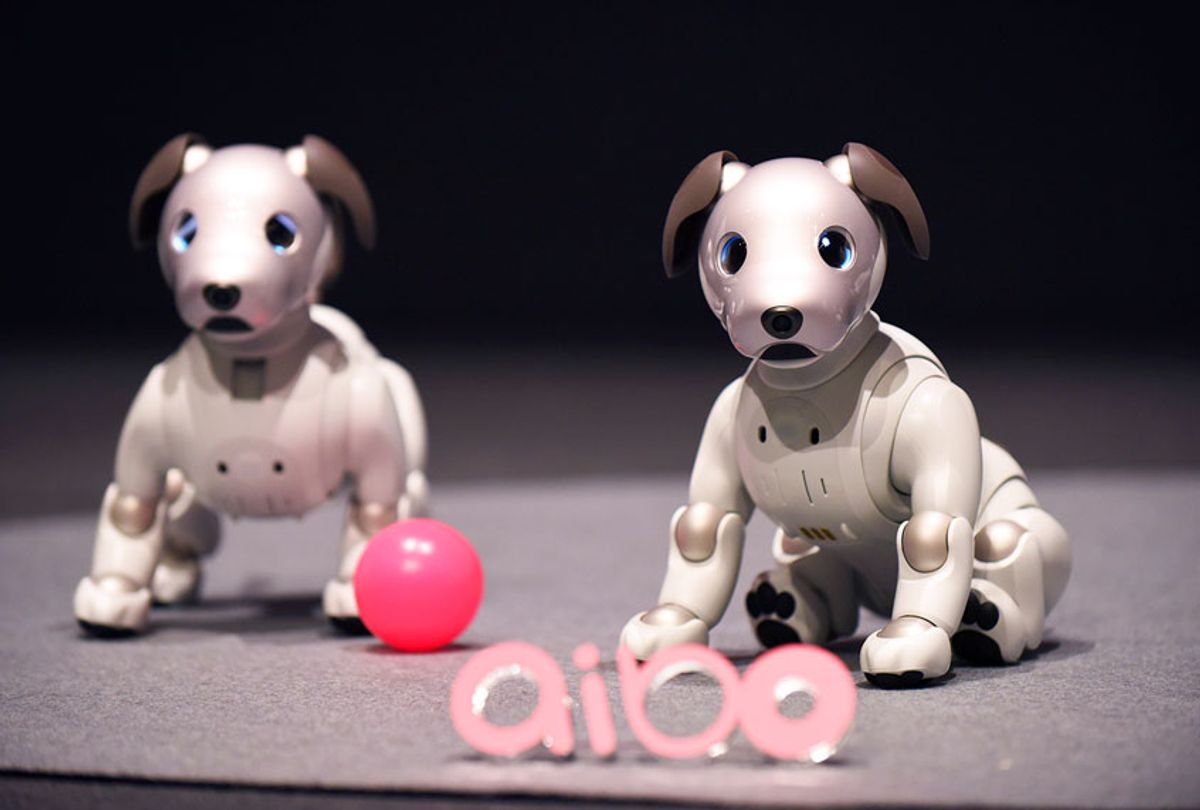 The robots aren’t coming — they’re already here, and have been for quite some time. Developed between 1966 and 72 at Stanford Research Institute (SRI), wobbly-gaited Shakey, the first robot to reason about its own actions, marked the beginning of artificial intelligence. Half a century later, Hanson Robotics introduced Sophia, a robot who grabbed headlines both for her spontaneity while being interviewed and her status as the first robot to be awarded citizenship. In the fifty years between the activation of these two robots, not only did technology advance but the goals of artificially intelligent machines also changed dramatically. In doing so, we may have made life more convenient in some ways, and in other ways may have paved the way for our own replacements.

As robot technology improved, designers moved from physically powerful machines that freed up muscle and might to machines that could work alongside and with people. The goals of human-robot cooperation produced the more interactive, less task-based machines of today. As such, the shift from Shakey to Sophia reflects changing desires and expectations about what robots can and ideally could offer to humans. While Shakey provides a buffer against repetitive motion and dull jobs, by contrast, Sophia offers to protect human faces, feelings, and interactional capacities. When we imagine outsourcing previously human labors to machines, what is it we hope for? It turns out the answers to that have changed dramatically over time.

Shakey was designed by the same lab that would later become SRI International and produce Siri in 2010. Back in the late 1960s, Shakey was a wonder. It combined physical agility (at the time, graceful; by today’s standards, awkward) and ability to make independent choices. Shakey used early versions of what would now be called natural language processing and computer vision. Back when most computers took up entire rooms, Shakey was just six feet tall. Life magazine referred to Shakey as the “first electronic person” in 1970.

Shakey’s meteoric emergence was staged in the perfect cultural moment. 1970 marked the heels of the Space Race and the historic 1969 moon landing. In pop culture, sci-fi classics like “Star Trek” and “Star Wars” featured fictional robots prominently, along with “The Twilight Zone,” “The Jetsons,” and many comic books. For science fiction and depictions of the future, it was a time of invention and hope.

The bridge between Shakey and Sophia is peppered with robots both real and imagined, from R2-D2 and C3PO —  two of the best advertisements for human/machine relations to date — to RoboCop and the Terminator. Asimo, made by Honda in 2000, was one of the most compelling humanoid robots, and famously played sports and interacted with President Obama. Inside research and corporate laboratories, the confluence of advances in machine learning, machine vision, and improved processing speed, combined with better, smaller actuators (robot joints) to produce robots with smoother movements and abilities that successfully mimicked humans in narrow tasks. These same developments make Sophia possible, and also undergird the surprise viewers may feel upon encountering her: she seems so out-of-nowhere. Sophia cannot yet quip with the sophistication of C3PO, but she can converse; Sophia cannot yet pass as human, but she is close enough to raise that same tingling of the spine, eerie feeling that scholars refer to as “the uncanny valley.” Sophia is rarely greeted with the delight that met C3PO. Instead, she invites a different divide: one that leads us to wonder what among our human capacities is special and precious and what has already been ceded, or soon will be, to the machines we make.

Sophia’s processing and interactive facilities are fueled by small and powerful virtual assistants like Siri and Alexa that accumulate the tools for future machine learning by dealing with millions of customers daily. So, while Shakey is the grandfather of modern robots, Sophia packages the wonders of Shakey with interactional abilities that draw her closer to human functioning.

These interactional machines also arrived against a markedly different popular culture scene. Mild, trustworthy, lovable robots like C3PO and R2-D2 were long gone by the time Sophia arrived on the scene. Instead, the Terminator-like scripts in which powerful male-bodied robots turn on their creators are set aside to make space for shows like “Humans” and “Black Mirror,” in which human characters are not only more confused about the line between human/cyborg/machine, but also about the relative value of people when compared with their similar machine counterparts. The cultural capacity to imagine a robot like C3PO that knew more than a million languages but remained inherently docile and trustworthy seems long gone.

Whereas in the movies, humans often resist robots, in real life, many people find themselves captivated, even smitten, with machine capacities. Take for example, personal assistants. Alexa and her counterparts study their human users by responding to patterns in household movements and feeding them into larger algorithms. The patterned knowledge then smooths consumers’ use of Alexa while also shaping what it occurs to consumers to want or buy in the first place. Shakey had no similar influence.

Interestingly, even though Alexa and her counterparts aren’t cute like R2-D2 and C3PO, they are endearing. In the October 2019 Grinnell College National Poll, 18 percent of the more than 1,000 participants responded “frequently” to the statement “I find my smartphone enjoyable and even charming”, while another 28 percent responded “occasionally.” These relational responses relocate the nexus of exchange between human and machine from the physical to the interactional and social. That consumers seek social experiences with their machines is a matter of note. Some consumers welcome time with interactive machines, sometimes even preferring automated interactions to those with other humans. In the same Grinnell College poll, 22 percent of participants reported that they carried on conversations with their smart speaker frequently or occasionally while 14 percent reported using their smart phone to avoid interacting with people in the room.

Sophia and her counterparts beg for critical thought about the balance between human and machine skillfulness, and the politics of outsourcing our tasks to robots. The responsibilities we turn over to machines, or attempt to, reveal what we trust ourselves and each other to do, and what we do not. Our latest creations suggest we perhaps no longer trust ourselves to be human. Thinking critically about human/machine relations can be difficult when so many of us find new technologies wondrous and mesmerizing. Instead of pausing to consider the consequences of these unprecedented interactions, sometimes we swoon.

Karla Erickson is an associate dean and professor of sociology at Grinnell College.