Sanders touts "uplifting" book on "Fox & Friends," even though it chronicles struggles against "mob" 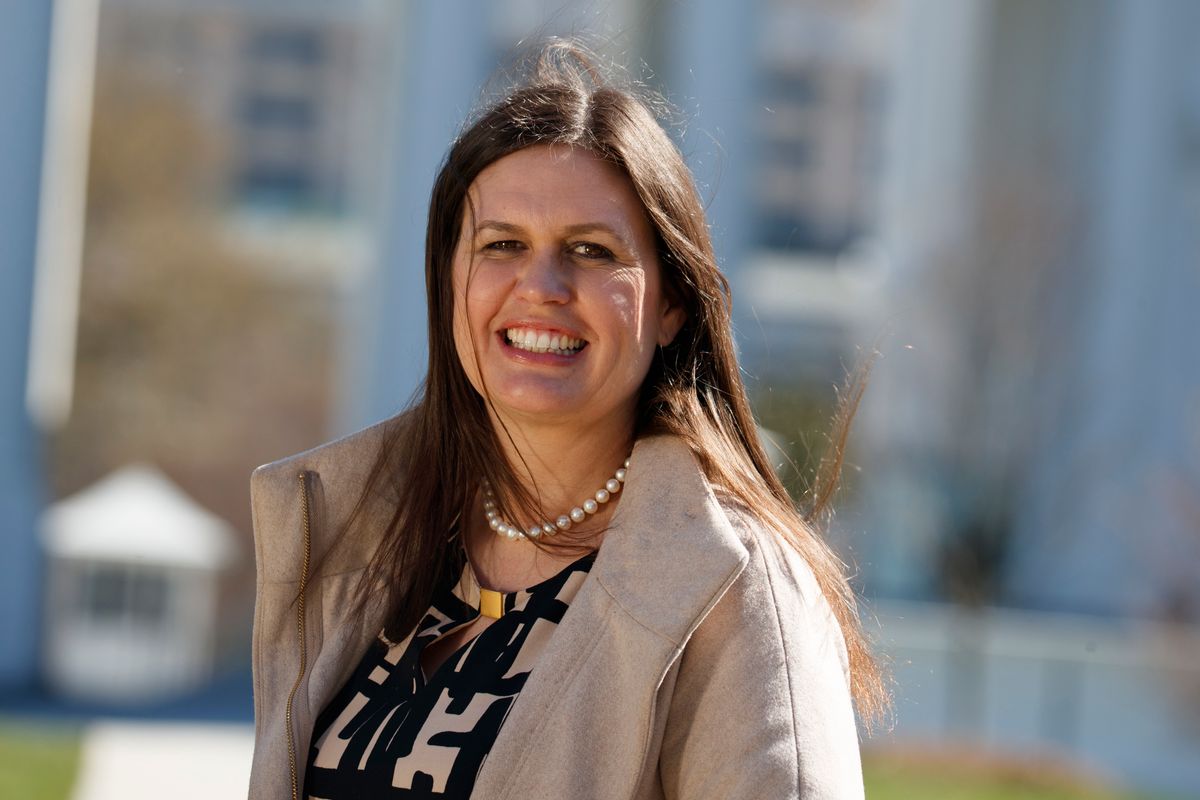 Former White House press secretary Sarah Huckabee Sanders promised that her memoir would be an "uplifting story" to the co-hosts of "Fox & Friends," even though it will take on such topics as "being attacked by the liberal mob" and getting "kicked out of restaurants."

Sanders, perhaps unsurprisingly, unveiled a photograph of her upcoming book for the first time during a Wednesday appearance on the favorite morning show of her former boss: President Donald Trump.

"It's a story of the kind of historic presidency that we have all been a part of, but I got a front row seat of two and a half years working side by side with the president, sitting in the Situation Room across the table from Kim Jong-Un," Sanders told "Fox & Friends." "I talk about some of that experience, as well as the experience of being attacked by the liberal mob and the White House Correspondents Dinner, kicked out of restaurants and everything in between."

Though the book will clearly air Snders' grieveances with the media — the co-hosts of "Fox & Friends" made light of CNN Chief White House Correspondent Jim Acosta, whose press pass was temporarily revoked under Sanders — she promises it will be an triumphant chronicle of history.

"I think it's a great and uplifting story, and it's my story," Sanders said. "And I think it's the first really inside account of what's taken place over the last two and a half years inside the Trump White House."

The book is called "Speaking for Myself: Faith, Freedom, and the Fight of Our Lives Inside the Trump White House."

"And I can't imagine any of these candidates going up against Donald Trump. This is like the AA minor leagues going up against the World Series champion," she said. "And, I mean, it is no comparison what I saw last night. I feel very good about the president's reelection in November."

During Trump's presidency, Sanders developed a reputation for being an outspoken critic of the media. In December 2017, she told reporters at a press conference that "there's a very big difference between making honest mistakes and purposefully misleading the American people — something that happens regularly. You can't say that it's an honest mistake when you're purposefully putting out information that you know to be false. Or when you're taking information that hasn't been validated, that hasn't been offered any credibility and that has been continually denied by a number of people, including people with direct knowledge of an instance."

Sanders worked as Trump's press secretary from 2017 to 2019 and joined Fox News as a contributor in August. Trump previously stated his hope that Sanders would run for governor of Arkansas, a position that was once held by her father, Mike Huckabee.