The acclaimed author had tweeted out thoughts about diversity and quality, as if the two were mutually exclusive 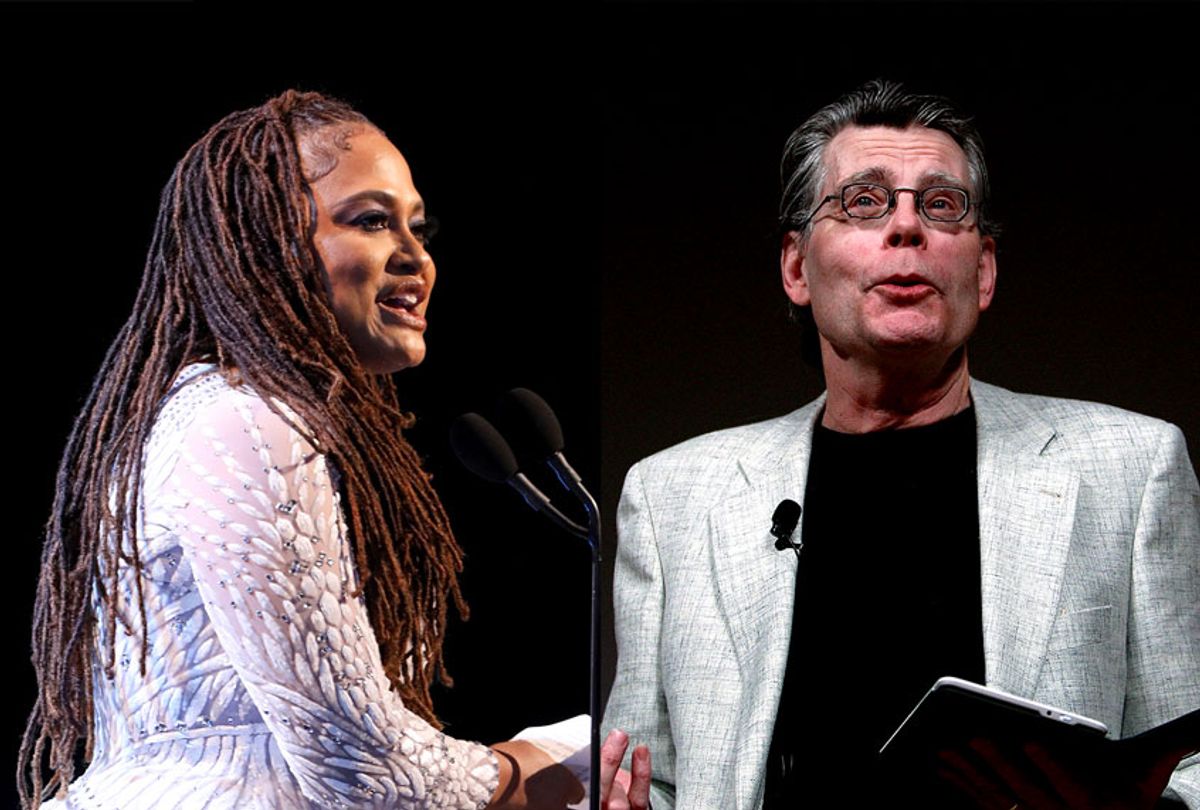 Acclaimed author Stephen King is facing controversy after he seemed to post a series of tweets criticizing the perceived need for diversity in art, and then later appeared to backpedal from his original statements.

"As a writer, I am allowed to nominate in just 3 categories: Best Picture, Best Adapted Screenplay, and Best Original Screenplay," King wrote in a pair of tweets on Tuesday. "For me, the diversity issue – as it applies to individual actors and directors, anyway – did not come up. That said I would never consider diversity in matters of art. Only quality. It seems to me that to do otherwise would be wrong."

Director Ava DuVernay expressed dismay at King's earlier position on Twitter, writing about how it felt to "wake up, meditate, stretch, reach for your phone to check on the world and see a tweet from someone you admire that is so backward and ignorant you want to go back to bed."

Michael Harriot of The Root, in a much longer Twitter thread, wrote that "the conflation of 'diversity' with a lack of quality is a long-standing argument made by white males who are afraid of losing their privilege. Anyone who doesn't consider diversity in art is probably making shitty art . . .  Or stealing it from black people."

He later added, "Here's the question: Have you ever read Stephen King's books? Have you ever noticed that every black character is raped, killed or knows some kind of magic? That's because he doesn't consider diversity in art."

After the backlash, King seemed to reverse his earlier statements.

"The most important thing we can do as artists and creative people is make sure everyone has the same fair shot, regardless of sex, color, or orientation. Right now such people are badly under-represented, and not only in the arts," King tweeted.

He added, "You can't win awards if you're shut out of the game."

Singer Gareth Icke, by contrast, criticized King for reversing his original position, writing that "the woke Twitter mob loved Stephen King when he attacked Trump and pushed the Russia narrative. Now he says something they don't like, they cancel him. It should be a lesson to others. Don't pander to these illiberal lunatics. Tell them to fuck off."

The Oscar nominations for 2020 have evoked backlash due to the under-representation of women and people of color, which may have contributed to King's tweets. The only person of color to be nominated in any of the four acting categories was Cynthia Erivo for her role in the movie "Harriet." Prominent actors of color with acclaimed performances who were overlooked come nomination time include Eddie Murphy from "Dolemite Is My Name," Lupita Nyong'o from "Us," Jennifer Lopez from "Hustlers," and Awkwafina from "The Farewell." The Oscars also snubbed female directors, with Greta Gerwig and Lorene Scafaria being overlooked despite directing acclaimed films like "Little Women" (which received six other Oscar nominations) and "Hustlers (which was shut out from the Oscars).