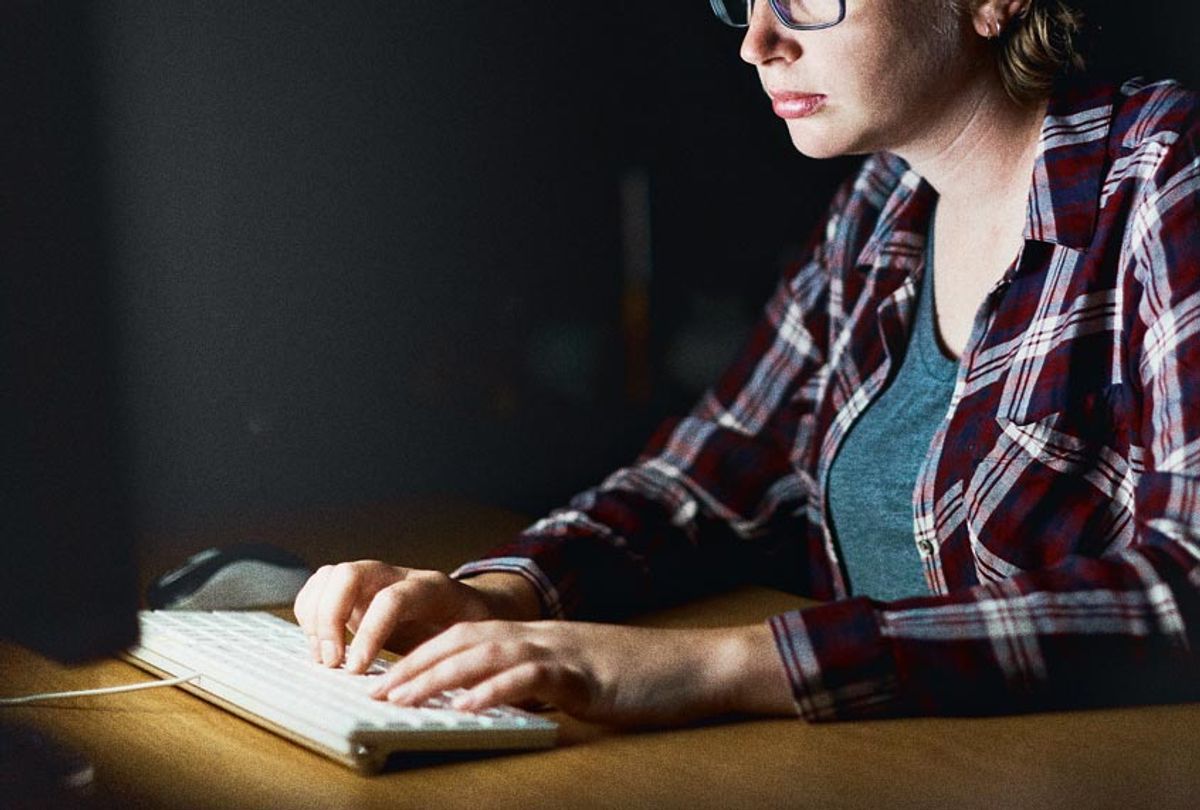 Those of us who spend too much time on social media are familiar with how profoundly our online interactions differ from real ones. Face-to-face with another human, I cannot say I have ever been issued a death threat; but through the online veil of pseudonymity, I have — like most people who work in journalism — received plenty.

In short, there is a selection bias at work online, which skews both the perception of who is on social media, as well as drives our perception of our fellow humans online as disrespectful. Now, a new psychology paper on cynicism and disrespect reveals that being cynical is a self-perpetuating vortex that only makes people become even more cynical about human behavior.

While the paper has implications for how people perceive the world after spending too much time among people who are disrespectful, it also perfectly describes the depressive, cynical vortex that plagues many people who spend too much time online.

The paper, titled "Victims, Perpetrators or Both? The Vicious Cycle of Disrespect and Cynical Beliefs about Human Nature," was published in the Journal of Experimental Psychology this month and written by Professors Olga Stavrova, Daniel Ehlebracht, and Kathleen D. Vohs. The researchers conducted six different studies on cynicism — both how cynicism arises in people, how it perpetuates, and how people who hold cynical views are far more likely to be "treated disrespectfully." They define cynicism as "the tendency to expect that others will engage in exploitation and deception, based on the perspective that people, at their core, are morally bankrupt and behave treacherously to maximize their self-interest."

"Cynical views are not only an unflattering portrayal of humanity, they are associated with undesirable consequences for those who hold them," the researchers write, noting that cynical views "worse physical and psychological health, undermine performance, predict financial strife and increase the odds of premature death." "We tested how cynicism emerges and what maintains it," the authors explain of their studies.

These studies included one on the relationship between cynicism and "the experience of disrespect," which were "positively and significantly related" in 28 of the 29 countries' populations studied, the authors write. "These findings suggest that disrespect may be a route to cynicism beyond and apart from other negative social experiences, such as feeling that one lacks support from others." They also note that disrespect was a strong predictor of cynicism.

Indeed, one of the most intriguing facets of all these studies within this one research paper is that, taken together, they describe everyday experiences of those of us who spend a lot of time on pseudonymous social media sites like Twitter, Facebook, or news comments sections. Virtually everyone who tries to participate in these kinds of forums has experienced disrespect, self included. And those who are extremely online probably feel the most cynical.

This contributes to a growing body of literature that seems to hint that spending a lot of time online might make us feel shitty. There is a named phenomenon known as the online disinhibition effect, which theorizes that the cloak of online anonymity and distance from one's peers is what leads to cruel and dehumanizing behavior online; in short, it's why many people may call you stupid online, but you (hopefully) rarely experience that in real life. One wonders if the cycle of cynicism and disrespect could be linked to the online disinhibition effect, too.

This paper also suggests a psychological basis for irony poisoning, an online disposition in which one loses the ability to discern when someone is being facetious or not (or loses the ability to discern if oneself is being facetious). Cynicism, increasingly embedded by the constant torment of online disrespect, could probably breed such a condition.

But the paper also, intriguingly, has implications for economics and its understanding of "human nature." Since the 1960s or so, economics has been dominated by the Austrian and Chicago school economists, who justified the transition to an undemocratic, free market capitalist economy by arguing that humans were innately selfish. That worldview is innately right-wing, as it precludes the idea that humans could possibly ever have good intentions towards one another, and thus precludes the idea that the social welfare state is a good idea at all. It is alarming to think that those who hold cynical views about human nature (like Chicago School economists) might end up stuck in this self-perpetuating cycle; and doubly disappointing to think of the cruel fount of disrespect that one experiences online as potentially driving people towards right-wing worldviews.

The authors of the paper do note this political dimension to cynicism. "Cynicism has been blamed for the rise of far right political parties in Europe and as a driving force behind the U.K.'s decision to exit the European Union," they write.

As far as the online dimension to cynicism vis-a-vis being disrespected online, I do think this, at least, is something that is fixable — either through better forum moderation; or through the cultivation of online social media platforms that aren't built around the attention economy, in which social media giants cruelly profit off of trolling and cyberbullying.