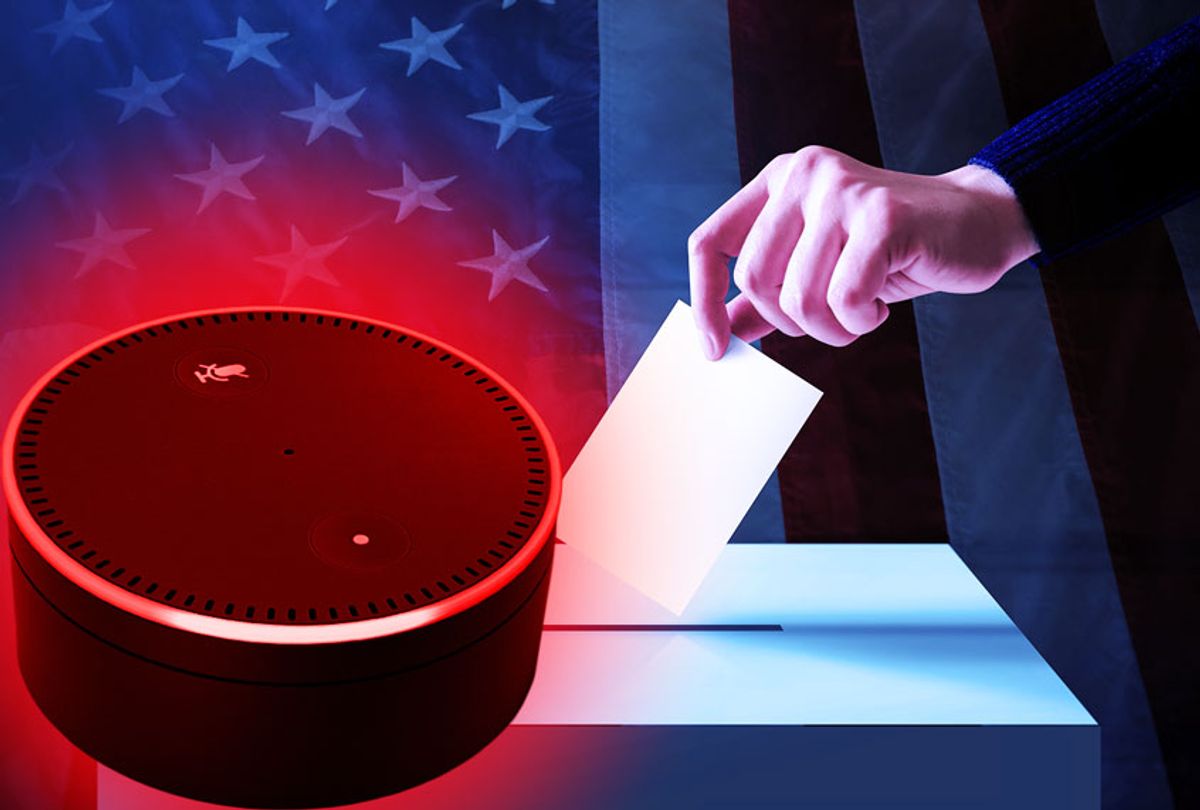 This year’s election for Seattle city council was a referendum — not on any issue or party, but on the ability of Amazon, the 13th largest corporation on Earth, to manipulate public opinion and subvert democracy in order to maintain political control over its hometown.

Among all seven city council seats that were up for election, there was a pro-Amazon candidate and a candidate that favored populist will over the needs of massive corporations.  Amazon spent money to support seven different candidates, one for each open seat. As you might expect, all of the candidates Amazon backed were neoliberals — an excellent, general political term to refer to these politicians' collective belief in social liberalism (as long as it doesn't interfere with the profit margins of corporations) and economic policy of deferring to the ruling elite and their consultant-class lackeys on such policy matters.

Neoliberalism is an anti-democratic political position; it presupposes that the liberal capitalist democratic order maintains some stable state when the ruling class pulls the levers that govern society, and keeps the pesky masses barred from interfering in their accumulation of capital. "[Neoliberalism] means the dismantling of publicly owned industry and deregulation of capital, especially finance capital; the elimination of public provisions and the idea of public goods; and the most basic submission of everything to markets and to unregulated markets," scholar Wendy Brown told Salon in 2016.

The votes are still being tallied, but relatively speaking, it seems Amazon's electioneering was partly successful: three pro-Amazon candidates seem all but certain to win election to city council, three seemed destined to lose, and one race is still very much up in the air, the competition between District 3 incumbent Councilmember Kshama Sawant and her competitor Egan Orion.

Yet three (or four) victories out of seven is a good outcome for Amazon when you consider their bang-to-buck ratio. Amazon's revenues last year were $232.8 billion; they spent about $1.5 million backing neoliberal candidates in Seattle, by way of donating to an Orwellian-named political action committee (PAC) called Civic Alliance for a Sound Economy. $1.5 million may sound like a lot to you or me, but it is pocket change for Amazon — 0.00064% of the company's 2018 revenues. This is the equivalent of someone with a $100,000 annual salary donating 64 cents to a political cause.

Vote tallies continue to come in, but as of publication, three-term Councilmember Kshama Sawant is running a few hundred votes behind Amazon-sponsored Egan Orion, and she may well be unseated. That would suit Amazon's interests nicely: Sawant's policy platform was that of a left-populist, and she, like Vermont Senator Bernie Sanders, was working to build a democratic coalition to fight for the economic rights of the masses over the "rights" of corporations like Amazon. These include Seattle's $15-an-hour minimum wage, which Sawant helped usher in; the ongoing fight for comprehensive rent control; and taxes on big corporations to help pay for housing and homelessness services. This kind of people power terrifies corporations and their CEOs, who prefer neoliberal candidates who believe in rule by the elite.

All of this is to say that a corporation's massive sums of money, when invested in public relations firms to craft a propaganda message, work pretty well. Modern corporations understand that people's minds are malleable; one only needs the right dosage of industrial-psychological manipulation to sway public opinion.

The fact that the amount of money that Amazon sank into the race spent was a pittance (to them) is important. It means that they know now how much it costs to manipulate public opinion for their own gain. Spending twice as much or even ten times as much on the next city council race would still constitute a rounding error to their accountants — as consequential to Amazon's bank account as the loss of a single drop of blood is to a blue whale.

Part of the philosophical justification for democracy is that the masses are clever enough to figure out what is best for them and what isn't. But money is generally the determining factor in who wins an election — or more specifically, the ability of money to pay for propaganda. One of the most important yet under-appreciated academic studies of the past half-decade, a paper by Thomas Ferguson, Paul Jorgensen, and Jie Chen titled "How Money Drives US Congressional Elections," found a linear correlation between a candidate's war chest and their probability of victory for all Senate and House elections from 1980 through 2012. In this chart from their paper, the horizontal axis shows the difference between the Democratic and Republican candidates' campaign money. The vertical axis shows the percentage of votes the Democrat won over their GOP opponent. The correlation is remarkable.

"The conclusion has to be that spending by major political parties is indeed strongly related to the proportion of votes they win and has been for as long as we have data," the authors write.

This is all to say that propaganda works incredibly well — and the kinds of propaganda that rich people and industry have the capacity to fund can sway people routinely to vote against their best interests. To use a loaded term, "brainwashing" is real, but it doesn't look like we think it does, creating vortices over our eyes as we gaze at a candidate. It's just a function of money.

When I was a kid, I remember my liberal family crowing about conservatives "voting against their best interest." But it's not merely conservatives that do this. There's a selection bias for the kinds of liberal candidates that make it past the Democratic primaries, or the parties that we're "allowed" to vote for; all of this is controlled, more or less, by the money and influence of these rich people. Industrial psychology is so sophisticated, so sinister, that it is not at all difficult (with money) to manipulate the populace en masse such that they vote for the ruling class's preferred candidates, whether neoliberal liberals or neoliberal conservatives.

This all goes back to a phrase that's become in vogue lately: post-truth. We are told we are in a new epoch of American civilization, the post-truth society, where many of us deny facts because we have chosen a different social media reality bubble, or because our dear leader tells us so. We often hear that this phenomenon was uniquely created by Trump and his underlings who aspire to be like him, but particularly by his unique ability to confidently fabricate facts, ideas and policies without blinking.

Yet this Trumpian trait, I think, is more a function of being a rich asshole who has been surrounded his entire life by yes-men than it is due to some kind of nascent political transformation. All billionaires and CEOs are uniquely convinced of their godliness and self-righteousness; just look at Jeff Bezos or Elon Musk, who think that they alone have the fortitude and wisdom to lead humanity to the stars; or Mike Bloomberg or Tom Steyer, who feel they are uniquely situated to decide our political fortunes for us. No, the post-truth society precedes Trump, or any of these men who fund (or become) political candidates. It is something innate to capitalism itself.

Democracy and capitalism are incompatible inasmuch as the rich are given free license to employ public relations teams and marketers — propagandists, largely — to manipulate and dictate public opinion, and sway many to vote against their best interest. They, and their think tanks and assistants and firms, tell us what political positions are realistic, and which are impossible; which candidates are viable or not; which future paths are possible for humanity. It is very difficult to think beyond the specter of the future they set out for us through their media. This extends to art, particularly film and video games — but that story is one best saved for a different article.

In certain western democracies, there is marginally more control over the ability of the rich to influence elections. But the impact of said regulations are marginal at best; even when the rich can't give to candidates, they often own papers or media outlets, and can, in other ways, subtly dictate the political reality of a nation-state. In other words, you can temper the ways in which capitalism and inequality distort and undermine democracy; but you cannot eliminate it completely so long as its innate class antagonisms remain intact. That means the post-truth society is with us now, as it has always been; it is intrinsic to our economic system.