Democratic Senator Joe Manchin open to calling Hunter Biden as a witness: "I don't have a problem" 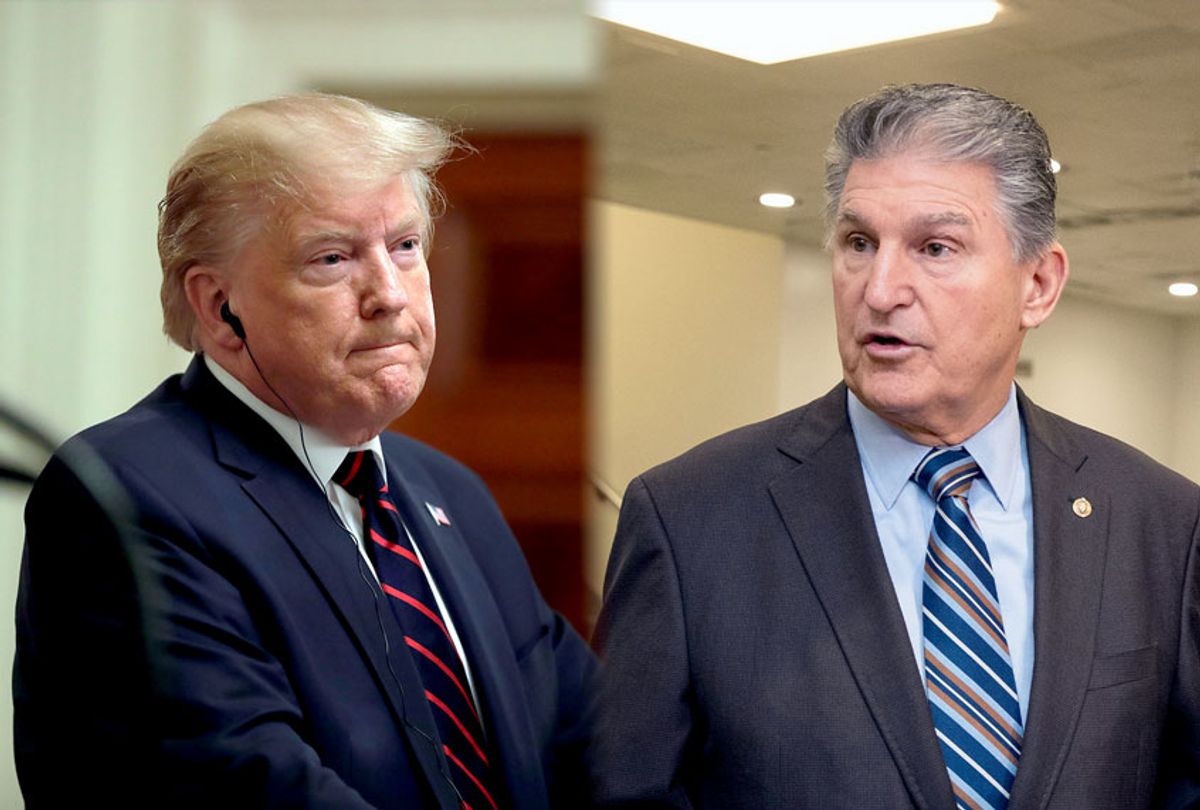 "You know, I think so. I really do," Manchin replied Wednesday when asked if he thought Hunter Biden could be a relevant witness. "I don't have a problem there, because this is why we are where we are. Now, I think that he could clear himself — of what I know and what I've heard. But being afraid to put anybody that might have pertinent information is wrong — no matter if you're a Democrat or Republican . . . If it's relevant, then it should be there."

Trump and many of his supporters allege that Hunter Biden engaged in corrupt activity while he served on the board of the Ukrainian energy company Burisma, though there is no evidence of wrongdoing. Trump was impeached last month on charges of abuse of power and obstruction of Congress after withholding military aid as he pressured Ukraine to investigate his political rivals.

Manchin has long been considered one of the most conservative Democrats in the Senate, as well as one of the Democrats in the upper chamber most sympathetic to Trump. Along with Sens. Kyrsten Sinema of Arizona and Doug Jones of Alabama, Manchin is one of three Democratic senators who are undecided as to how they will vote on Trump's removal.

"I know it's hard to believe that. But I really am [undecided]. But I have not made a final decision," the West Virginia senator told Politico on Tuesday. "Every day, I hear something. I think, 'This is compelling. That's compelling.' Everyone's struggling a little bit."

Because West Virginia overwhelmingly voted for Trump over Democratic nominee Hillary Clinton in the 2016 presidential election, Manchin was viewed as a vulnerable incumbent in the 2018 midterms. Democrats expressed relief in September when Manchin decided not to run for West Virginia governor as they look to retake the upper chamber in 2020.