GOP tries to turn impeachment against Joe Biden: Is it 2016 all over again? 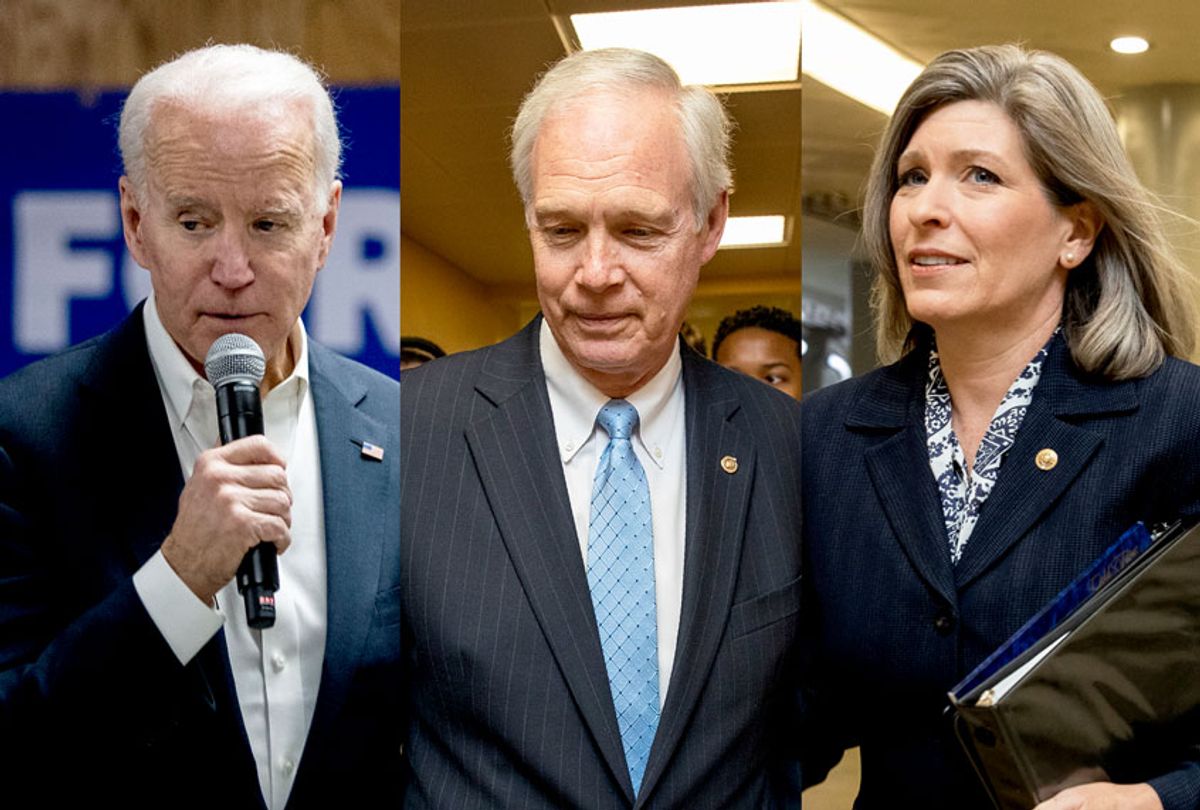 There's a decent chance that former Vice President Joe Biden will win the Iowa caucuses on Monday night, cementing his status as Democratic frontrunner. The Republican-controlled Senate will then vote to acquit Donald Trump, probably two days later, after blocking witnesses and direct evidence at his impeachment trial. Instead of paying attention to the case outlining Trump's public corruption, however, several Republican senators have spent the last two weeks slagging Biden in an effort to tarnish the potential Democratic nominee — using almost exactly the same playbook used to defeat Hillary Clinton in 2016.

Demonstrating exactly why it's bad to have foreign governments smear a political opponent on your behalf, Sen. Joni Ernst, an Iowa Republican who faces a tough re-election battle this fall, appeared before reporters after a day of impeachment hearings last week and casually suggested that the airing of Trump's misdeeds might actually result in Biden's defeat.

"Iowa caucuses are this next Monday evening. And I'm really interested to see how this discussion today informs and influences the Iowa caucus voters, those Democratic caucus goers. Will they be supporting VP Biden at this point?" the first-term Republican asked.

The question came just before the GOP Senate voted to cover up Trump's crimes by refusing to hear witnesses. For months, Republicans argued that Trump withheld military aid to Ukraine and pressured President Volodymyr Zelensky to look into the activities of Joe and Hunter Biden because he was earnestly trying to root out corruption. In a classic case of projection, Republicans still vaguely deny that Trump's actions were politically motivated but now insist that Biden, not Trump, is the one who deserves impeachment.

"I think this door of impeachable whatever has been opened," said Ernst, whose approval rating is underwater with Iowa voters, in an interview with Bloomberg News on Sunday. "Joe Biden should be very careful what he's asking for because, you know, we can have a situation where if it should ever be President Biden, that immediately people, the day after he would be elected, would be saying, 'Well, we're going to impeach him.'"

On CNN that same day, Ernst argued that not just Biden but even Barack Obama is more deserving of impeachment than Trump, who has already sought foreign interference in the 2020 election after welcoming it four years ago.

"Whether you like what the president has done or not — we can argue this up one side and down the other all day — does it come to the point of removing a president from office?" Ernst asked rhetorically. "I don't believe this does. I'll tie it back to Obama and his hot-mic moment with the former president of Russia, where he literally said, 'Give me some space in my election.' Oops, OK, talking about elections."

Host Jake Tapper reminded Ernst of the context for the former president's 2012 remarks: "He was talking about a missile defense."

"Yes, but a missile defense that the Congress wanted him to build up, make much more robust [to] protect American citizens," Ernst responded, "and President Obama choose not to do that as long as the Russians gave him space in the elections. That nobody brought up for impeachment. So the very fact that because aid was held for about two months because there was not an official White House meeting, people are wanting to impeach this president. What President Trump did, it didn't rise to the level of what President Obama did."

This nonsensical comparison only makes sense as an attempt to justify the vote to acquit Trump by treating impeachment as an ordinary partisan tactic.

"There is a mountain of evidence to suggest the Bidens' behavior was harmful to the United States," Sen. Lindsey Graham, R-S.C., tweeted last Wednesday, coming close to threatening a Biden impeachment if he becomes president next year.

Such presumptive threats were doled out by Republican senators prior to the 2016 election as well, which makes their "let the voters decide" rhetoric in defense of Trump so much more dishonest. Sen. Ron Johnson of Wisconsin, now a staunch Trump defender, declared that Clinton could be impeached before a single general election vote was cast in 2016.

This certainly looks like the GOP's 2016 playbook all over again. Trump's campaign has sent and more than 80 surrogates to Iowa ahead of Monday's caucuses, including Vice President Pence. Sen. Ted Cruz of Texas has claimed "there was more than enough information [and] allegations about corruption" surrounding the Bidens to make Trump "entirely justified in asking for an investigation, and that resolves the matter." Sen. Rick Scott, R-Fla., a multimillionaire, has taken out his own TV ads in Iowa to claim that "The real story here is the corruption Joe Biden got away with."

Trump, Rudy Giuliani and all their goons have been searching for dirt on Biden for well over a year and so far have produced zero material evidence. Senate Republicans, for their part, displayed little interest in Biden's supposed impropriety back when they controlled both chambers of Congress. They could still launch a Senate investigation into the Bidens, since they currently hold a majority in the upper chamber. But that's not the point, and they're well aware that even if they found dirt on either Biden, it would change nothing about Trump's impeachable actions.

Republicans view the law as a weapon to be wielded against their opponents, so it should come as little surprise if Attorney General Bill Barr announces an official investigation into Bide before the general election, should he be the Democratic nominee. Perhaps only Joe Biden himself, who has repeatedly touted his ability to work effectively with the very Republicans out to destroy his family, would be surprised by such indecency.