The actor also faces a $130,000 lawsuit from the city of Chicago over the money it spent investigating his report 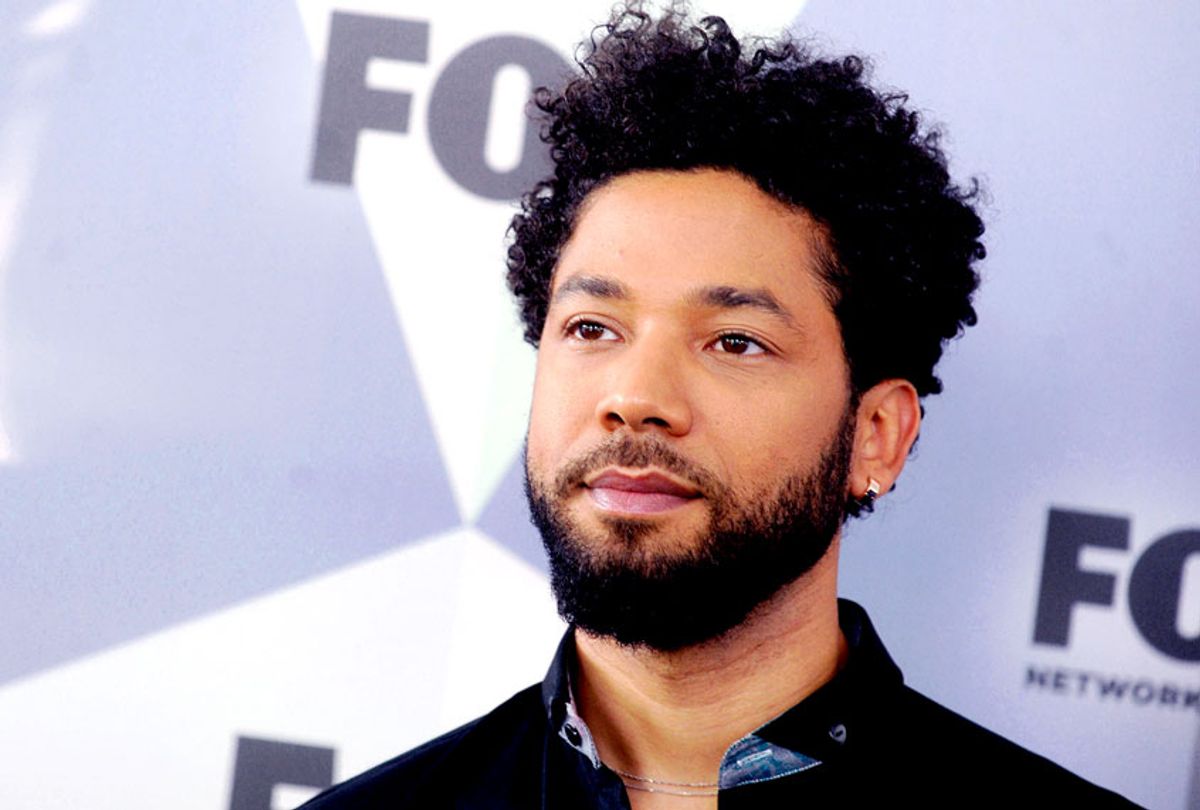 Jussie Smollett, the former "Empire" star who was accused last year of falsely claiming to be the victim of a racist and homophobic hate crime, faces multiple new charges linked to his statements to police.

"A Cook County grand jury returned a six-count indictment charging Jussie Smollett with making four separate false reports to Chicago Police Department officers related to his false claims that he was the victim of a hate crime, knowing that he was not the victim of a crime," the office of special prosecutor Dan Webb told NBC News.

The actor also faces a $130,000 lawsuit from the city of Chicago over the money it spent investigating the attack police called a hoax.

In a statement responding to the indictment, Smollett's attorney Tina Glandian said "the attempt to re-prosecute Mr. Smollett one year later on the eve of the Cook County state's attorney election is clearly all about politics — not justice."

Smollett told police in January 2019 that he was attacked by two men in ski masks who hurled racist and homophobic slurs and expressed support for President Donald Trump. He claimed that the men poured bleach on him and tied a noose around his neck during the physical attack.

The Chicago Police Department claimed that Smollett fabricated the story and paid two Nigerian brothers $3,500 to stage what looked like a hate crime. He was arrested the following month on 16 felony counts of disorderly conduct for filing a false police report.

When the charges against Smollett were unexpectedly dropped in March, Chicago's police union demanded the resignation of Cook County State's Attorney Kimberly Foxx and voted "no confidence" in her leadership. Foxx's office initially claimed that she had recused herself "to address potential questions of impartiality based upon familiarity with potential witnesses in the case." However, that claim evolved.

"Although we used the term 'recuse' as it relates to State's Attorney Foxx's involvement in this matter, it was a colloquial use of the term rather than in its legal sense," her office later told CNN in a statement.

While Chicago Police Superintendent Eddie Johnson was reportedly "furious" when he learned that the charges against Smollett had been tossed out, Smollett's lawyers released a statement at claiming that "he was a victim who was vilified and made to appear as a perpetrator as a result of false and inappropriate remarks made to the public causing an inappropriate rush to judgement."

Webb's decision to bring up new charges "can only be interpreted as the further politicization of the justice system — something voters in the era of Donald Trump should consider offensive," Foxx's re-election campaign said in a statement responding to the new indictments against Smollett.

It also criticized the "James Comey-like timing" of the announcement, referring to the former FBI director who controversially making public statements about his investigation into Democratic presidential candidate Hillary Clinton shortly before the 2016 election. Foxx faces a primary challenge next month.

In addition to his famous role as Jamal Lyon in "Empire," Smollett is best known for playing Terry Hall in "The Mighty Ducks," Ricks in "Alien: Covenant" and Harlem Renaissance poet Langston Hughes in "Marshall."