"What better way to say, 'I love you, I'm thinking of you,' this Valentine's Day than a video from me?" 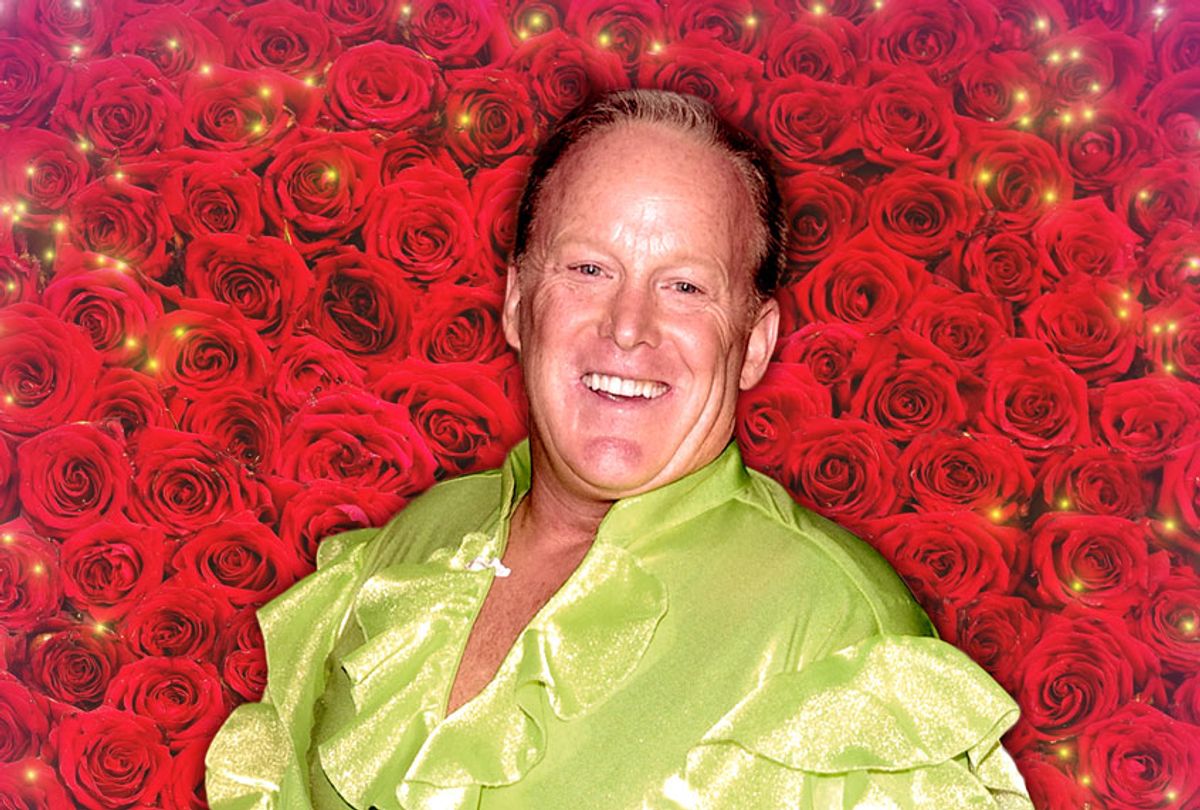 You can pay Sean Spicer, who served as White House press secretary in 2017, $199 to record "the best Valentine's Day gift ever" for someone you love on Cameo.

"Hey guys, it's Sean Spicer with an amazing deal," Spicer announced in the video. "This month, for the entire month of February, my videos that normally cost $400 – over 50 percent off. $199 is going to give you the best Valentine's Day gift ever. What better way to say, 'I love you, I'm thinking of you,' this Valentine's Day than a video from me?"

All proceeds from the recordings will go to the Independence Fund, a charity which provides wheelchairs to injured veterans, Spicer said.

The former Republican political aide has attempted to rebuild his image since leaving the White House. Last year, he joined the cast of "Dancing With the Stars," a reality TV show in which famous contestants are paired with professional ballroom dancers as they compete to win the mirror ball trophy. Spicer continued somewhat of a tradition of associates of President Donald Trump appearing on the program, including his second ex-wife Marla Maples. The president's future energy secretary Rick Perry was also a contestant in 2016.

Popular culture may very well have played a role in Spicer losing his job. Trump was reportedly found comedian Melissa McCarthy's impersonation of Spicer on "Saturday Night Live" to be emasculating. "Trump doesn't like his people to look weak," as one Trump donor put it.

But Spicer's infamously tempestuous press briefings prompted Trump to keep him on the job, with the president telling The Washington Post in 2017 that "I'm not firing Sean Spicer. That guy gets great ratings. Everyone tunes in." Trump once boasted of Spicer's press briefings besting soap operas in viewership.

Spicer's brief tenure as White House press secretary was fraught with controversy as he found himself repeatedly defending Trump's lies. These included the president's claim that he lost the popular vote in the 2016 election due to voter fraud, that Trump had the largest inauguration crowd in history, that Adolf Hitler had not used chemical weapons and that former President Barack Obama had wiretapped Trump Tower.

Spicer later defended his conduct by claiming that though never lied, "there were times where I screwed up. There's no question about it." He specifically expressed regret for lying about the size of Trump's inaugural crowds, though he maintained that an unprecedented number of people watched Trump's inauguration because of the internet.